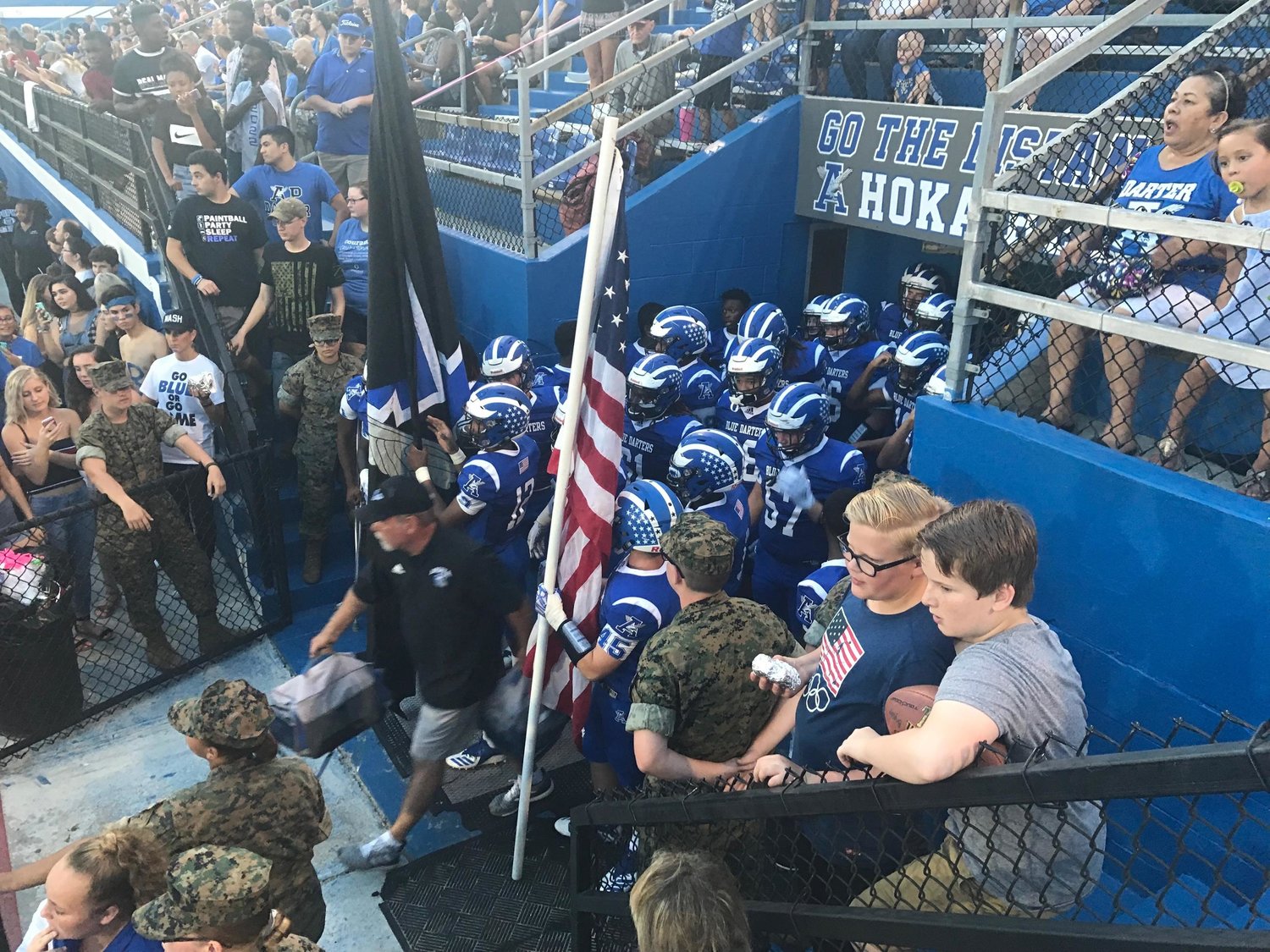 Blue Darters and Mustangs facing off in second round of postseason

One game was one-sided, the other back and forth. One game was a defensive struggle, the other an offensive display. But what both games had in common was one thing - wins for both Apopka and Wekiva in the first round of the postseason playoffs.

The wins for both teams means the crosstown rivals will face each other again this Friday in the second round (Region 8A-1 semifinals). The winner goes to the regional finals and would be three wins away from a state championship, while the loser... well you know how that goes by now.

Kickoff for the Apopka-Wekiva rematch is scheduled for 7:30 at the Baptiste Orthodontics Stadium on the campus of Wekiva High School.

It was a seesaw game that saw five lead changes and four game-tying touchdowns. At the end of the half Apopka and Oviedo were tied (21-21), and after three quarters they remained tied (28-28). But in the fourth quarter, the Blue Darter defense held strong, shutting out the Lions which made Brown's 17-yard touchdown run with 5:12 left in the game the difference.

It was the second straight season Apopka has won an opening-round playoff game on the road.

It was September 28th, the opening game of the 8A-4 Regional schedule for Wekiva, and they were cruising. Heading into the fourth quarter, the undefeated Mustangs led the West Orange Warriors 29-14. It looked like a fifth straight win for Wekiva, but then a funny thing happened on the way to the final horn.

The Warriors scored two fourth-quarter touchdowns and 16-unanswered points and shocked Wekiva 30-29, throwing District 8A-4 into disarray, and ending the hopes of an undefeated season for the Mustangs.

It was a significant setback for Wekiva, but since that game, the Mustangs have gone on a defensive rampage that has more than made up for that single quarter lapse. In the last five games of the regular season, Wekiva's defense hasn't allowed a point. The only score against them came on special teams when the Evans Trojans blocked a punt and recovered it in the end zone of an already decided game (39-6).

And in the playoffs, the Mustangs continued their defensive mastery.

Wekiva, the #1 ranked team in Region 8A-1, shutout the West Orange Warriors 16-0 last Friday to avenge their regular season loss. The Mustangs outgained West Orange by a 393-63 margin and posted their sixth straight defensive-shutout against a Warrior offense averaging 44 points per game.

On defense, senior defensive lineman Norell Pollard had two sacks in the first half and Green intercepted a West Orange pass in the second half.