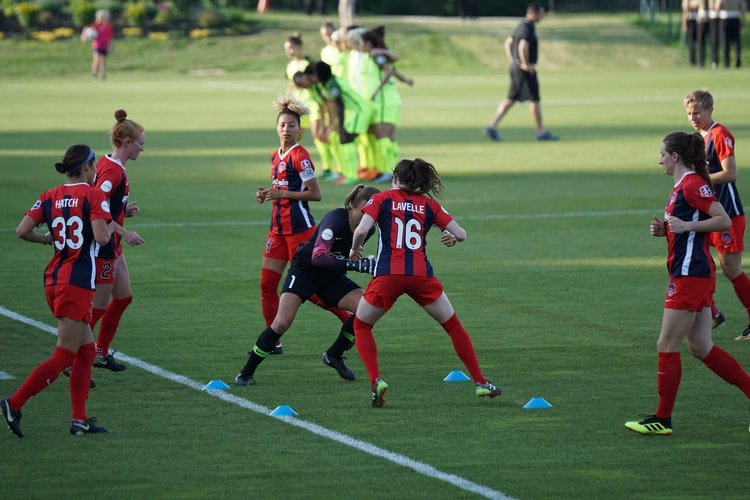 “We won’t be cowed,” DeSantis said flanked by state lawmakers and student-athletes at Trinity Christian Academy in Jacksonville. "In Florida, girls are going to play girls sports, and boys are going to play boys sports. That's the reality.”

"BREAKING: On the first day of #Pride, Florida Governor Ron DeSantis has signed into law a bill banning trans kids in the state from playing sports. We will be filing a lawsuit to block this arbitrary, discriminatory ban. #LetKidsPlay," it tweeted.

The Fairness in Women's Sports Act makes participation in athletics contingent on a student's "biological sex" at birth and is “based off biology, not off ideology,” DeSantis said.

The bill-signing featured a video of Selina Soule, a Connecticut high school track athlete who sued over transgender girls competing in girls’ sports.

“I’ve always heard as a kid, ‘You run like a girl,’” she said. “And when you’re looking at that video, it’s evident the woman, the transgender woman who competed, or ‘self-identified’ woman, ran very differently than the others in the competition. It’s physiologically different. Men are stronger, they have bigger lung capacity, stronger muscles.”

The act was added as an amendment to SB 1028, a bill authorizing career and professional academy charter schools that was adopted as an omnibus package in partisan votes by both chambers on April 28, two days before the 2021 session adjourned.

Among clauses removed from the original act was a provision requiring transgender athletes to undergo genetic testing and genital examination.

Louisiana lawmakers last week sent a ban bill to Gov. John Bel Edwards. He is expected to veto it. The governors of Kansas and North Dakota have also rejected bans adopted by lawmakers.

The National Collegiate Athletic Association (NCAA) in April said it will consider pulling events from states that pass transgender athlete bans. It has scheduled more than 40 regional and national championships in Florida between 2022-26. North Carolina lost NCAA events when lawmakers adopted a similar ban in 2017.

“Just let me say very clearly that, in Florida, we’re going to do what’s right,” he said. “We’ll stand up to corporations, they’re not going to dictate the policies of this state. We’ll stand up to groups like the NCAA who think they should be able to dictate the policies of different states. We won’t be cowed. We will stand strong. If the price of that is we lose an event or two, I would choose to protect our young girls every day of the week and twice on Sunday.”