From the Philippines, to Korea to Zellwood Station to the Apopka VFW, the retired US Marine Sergeant is an inspiration and still on the go at age 95 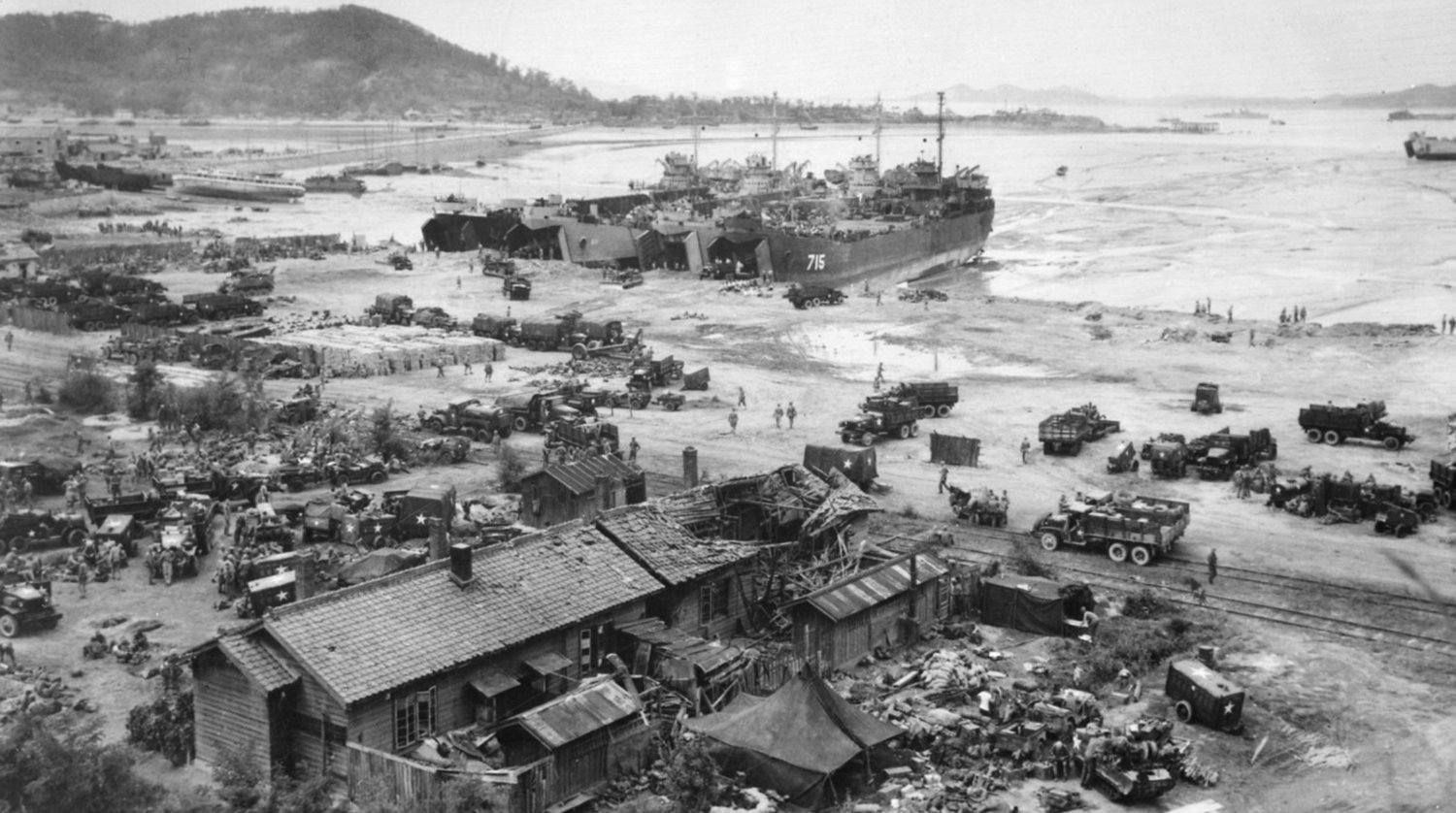 LSTs unloading at Inchon, 15 September 1950. American forces landed in Inchon harbor one day after the Battle of Inchon began.
Photo from the US Navy
Posted Wednesday, November 23, 2022 7:47 pm
By Reggie Connell, Managing Editor

I hope you have a big day planned filled with food, football, and festivities to start the holiday season in style. I know you are probably on your way to a lunch or dinner feast with friends and family, or maybe you are hosting the event this year.

And when you sit down at the Thanksgiving table, I'm going to help you with something that may have given you stress in the past. There is an unwritten custom associated with Thanksgiving gatherings, probably started by someone with a great pre-planned answer, asking everyone at the table to list what they are thankful for. 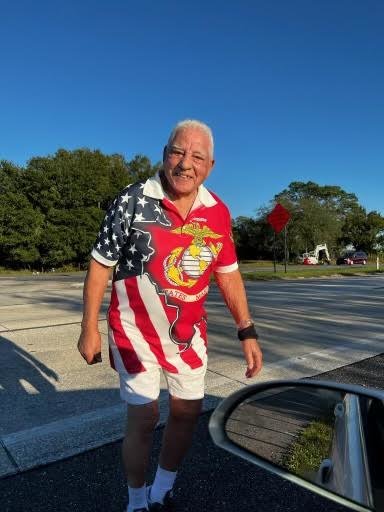 Louis Boria Jr. walks from his home in Zellwood Station to the Apopka VFW in honor of the Marine Corps birthday.

If you're like me, despite my thankfulness for any number of things in the previous year, I usually freeze when it's my turn. But this year, I've got it.

Who is Luois Boria Jr.? Well, to fully understand an inspiring story like this, you must go back to its origins - 18th Century America.

The Marine Corps was founded on November 10, 1775, when the Continental Congress ordered that two battalions of Marines be raised for service as landing forces with the Continental Fleet. The Marines have participated in every war the United States has fought, often being the first, or among the first, to fight.

From day one, they have been the backbone of what the United States stands for.

Boria played a pertinent role in both conflicts.

According to Lou's wife, Alice, he made his first landing during the Battle of Leyte. 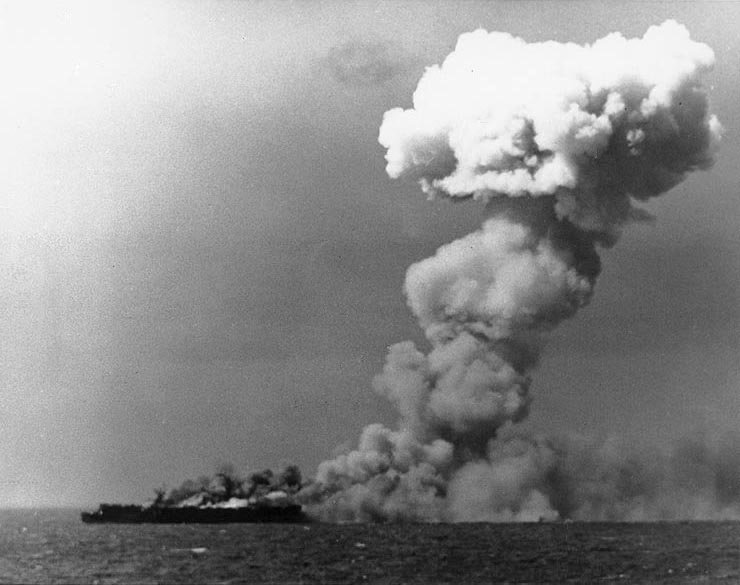 The U.S. Navy light aircraft carrier USS Princeton (CVL-23) burned soon after she was hit by a Japanese bomb while operating off the Philippines on …

In the end, the aims of the Battle of Leyte Gulf were achieved, but there were heavy U.S. casualties: 16,043 soldiers and 7,270 sailors were killed. The Japanese also suffered tremendous losses, with 419,912 deaths and injured.

Boria, a Shotgun for the Forward Observer, was among the wounded, suffering a concussion that ruptured his eardrums from incoming mortars. He ultimately recovered, but there were other battles to fight and wars to wage on his horizon.

Six years later, in a new war and 1,600 miles away from the Philippines, Boria found himself at another turning point in Seoul, South Korea.

The Battle of Incheon was an amphibious invasion and a battle of the Korean War that resulted in a decisive victory and strategic reversal in favor of the United Nations Command (UN). The operation involved some 75,000 troops and 261 naval vessels, leading to the recapture of the South Korean capital of Seoul two weeks later. The code name for the operation was Operation Chromite. 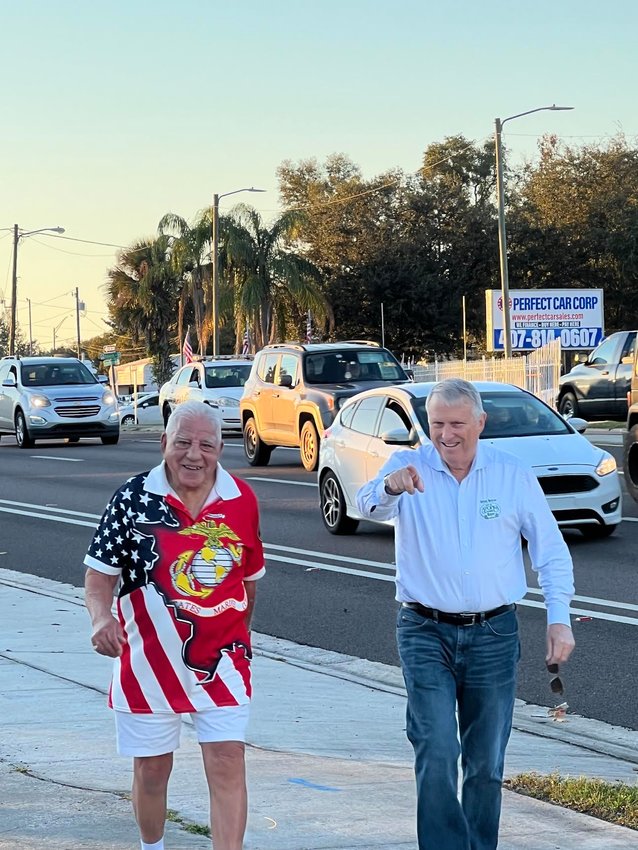 Boria's unit took Seoul and was heading toward the Chosin Reservoir. His platoon was riding in a truck when mortars exploded nearby. Boria and his unit dove into ditches to avoid the attack, but when an American tank came by, Boria ran out to grab the phone to call in coordinates for the mortars. He was successful, but as he moved away from the tank, more mortars landed near him, throwing Boria into the air over 10 feet from where he stood.

He was unconscious as the men pulled him back into the ditch.

Medics evacuated him with a severe concussion and bleeding from his ears and nose. He was blind for about two weeks and recovered in Japan for several months before being sent home as a two-time purple heart recipient.

He continued in the Marines until 1957, training Korean School Troops and American Marines. He was given an Honorable Discharge when his hearing became too bad to be on the frontline.

After the Marine Corps, Boria lived a life in New York, just as so many veterans did after fighting in a war... or two.

He worked for Squib Pharmaceutical, then as a Conductor on the NY City Train System. He moved to the City Sanitation Department and was promoted to officer. Boria ended his civilian career as the Public Relations Officer for all five boroughs.

He retired in 1987 and moved to Apopka in 1991. And since his arrival, Lou has become infamous for walking. His journeys continue.

According to Alice, when Lou turned 90, he walked from his home in Hunt Club to their church on Welch Road - a total of 7.5 miles. For his 93rd birthday, he walked from their house in Zellwood Station to the church - approximately seven miles.

For the past 10 years, Lou has walked the Apopka Christmas Parade in his dress blues along with VFW 10147's Christmas float.

This year, in honor of the US Marine Corps' 247th birthday, Boria, age 95, a decorated veteran of two wars, walked from his Zellwood Station residence to the VFW Post in Apopka - a mere seven miles away. 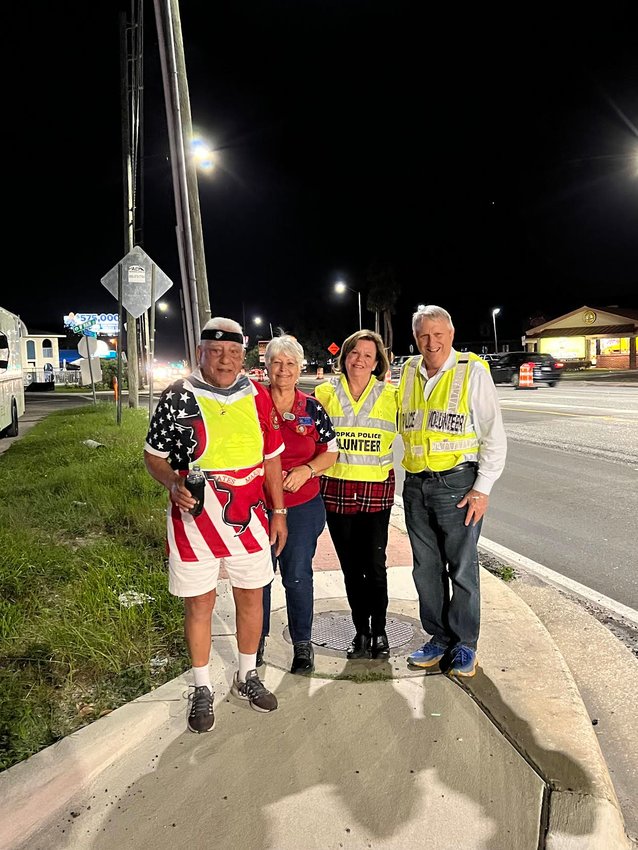 It's Thanksgiving, so I'll hold my rant for another time and another column, but on Thanksgiving, let's make a pact to raise a glass to veterans across this country, whether they are at your table or not.

And if you need a "thankful story," feel free to use Retired Marine Sergeant Louis Boria Jr. and his incredible journey and sacrifice in the Philippines and Korea.

Editor's Note - A special thanks to Apopka resident Rod Olsen for alerting me to this story, to Apopka Police Officer Jason Wiggins, APD volunteer Alex Ruiz for additional details, and Lou's wife Alice Boria for telling me about his inspiring life. I wish you all a happy Thanksgiving.