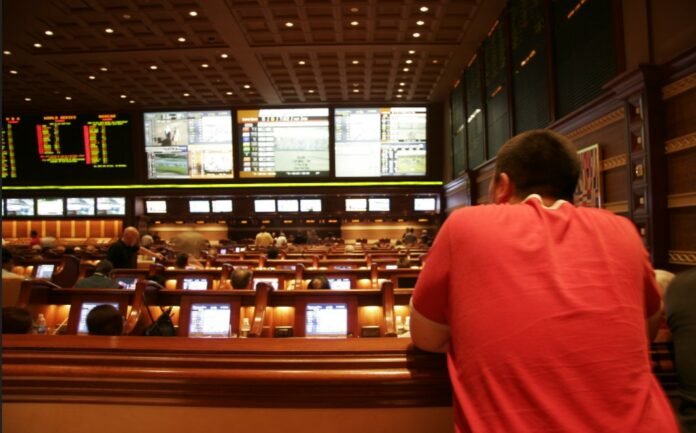 Are you ready for some football?

More to the point: Are you ready to gamble on it (legally)?

Twenty-one states and the District of Columbia are set to go, and nine more are working on it as fast as they can, including Florida, hinging on an approval from the federal government that could reshape the state’s gambling landscape.

The initial target date is Sept. 9, kick-off day for the National Football League, resuming after a long time-out forced on the league by COVID-19. Preseason play begins Aug. 12.

The floodgates that blocked sports betting opened three years ago with a pivotal U.S. Supreme Court ruling, sparking a gold rush worth billions.

Sports betting platforms such as DraftKings, FanDuel, William Hill and the like are competing to make deals in various states to grab as much market share as they can as the industry rapidly expands.

DraftKings alone is on track to gross $2.9 billion to $4.3 billion a year when sports betting reaches “maturity,” defined as 65 percent of the U.S. population having legal access to it, according to DraftKings’ report to investors in March. The report forecasts the sports betting market in the United States alone is worth $22 billion annually.

There is a lot at stake in Florida, considered one of the largest potential markets in the nation, with an estimated $7 billion in unlawful mobile sports betting already occurring and ready to be harnessed to a lawful enterprise, according to the American Gaming Association.

If approved at the federal level — the Florida Legislature already signed off — the 2021 compact between the state of Florida and the Seminole Tribe of Florida, which includes sports betting, would bring a minimum of $2.5 billion to state coffers over the next five years.

Gambling interests in Florida are holding their breath as they wait for the Bureau of Indian Affairs, or BIA, to say whether they may proceed under the federal Indian Gaming Regulatory Act, or IGRA, with mobile sports betting as proposed by the state and the Seminole Tribe of Florida.

At the end of last year, the BIA was regulating gambling for 245 tribes in 29 states, according to the National Indian Gaming Commission.

Sports betting is already legal in 21 states and the District of Columbia (in red). Florida and eight other states (in pink) hope to launch soon. Credit: American Gaming Association

At earliest, Florida would commence sports betting Oct. 15, based on state legislation, though the state of play by then in terms of anticipated litigation is anybody’s guess.

Florida, Arizona and Connecticut are among the 29 states that conduct gambling in conjunction with Native American tribes, and they are racing to cash in on NFL sports betting this season. Circumstances vary from state to state.

For example, Florida has two federally designated tribes — the Seminoles and the Miccosukee — while Arizona has 22. California, the largest U.S. market that does not allow sports betting, has 75 gaming tribes.

Another contrast: While the Florida Constitution bans expanded gambling except by statewide referenda, a campaign is under way in California to pass a constitutional amendment legalizing sports betting. Another: Where sports betting is legal, some states allow it statewide via mobile devices and others only at Indian casinos and racetracks.

Connecticut has signed tribal compacts with its Mashantucket Pequot and Mohegan tribes and adopted implementing legislation, but as of last week, it had not submitted the compacts for federal review, making its shot at NFL 2021 a long one.

Arizona is the latest state to join the fray, having won approval of its revised tribal gaming compacts on May 24 from the Bureau of Indian Affairs, housed in the U.S. Department of Interior.

In hopes of not triggering that referenda, Gov. Ron DeSantis and Seminole Tribal Chairman Marcellus Osceola agreed to a “hub and spoke” arrangement in which wagers placed on mobile devices anywhere in the state would be “deemed” to have been made on tribal property where the servers processing those wagers are to be located.

Miami Beach Mayor Dan Gelber, who opposes expansion of gambling, says both IGRA and Constitutional Amendment 3, adopted in 2018, prevent what Florida and the tribe propose to do.

“Casinos bring nothing but corruption and economic deformity,” Gelber told the Phoenix. “There’s no casino town in America that we want to be.”

Mayor Gelber is fighting federal approval of the compact in Florida. He started with a June 3 letter to the U.S. Department of Interior, arguing that the compact was corruptly drafted.

“It was simply a vehicle hijacked by non-tribal casino interests who fully corrupted the legislative and executive process in order to obtain advantages outside of tribal land in direct contravention to the interests of Floridians,” Gelber wrote to Secretary Haaland and Indian affairs bureau chief Newland.

“It also forms the template by which future non-tribal casinos could be thrust upon communities like mine, so that wealthy donors make billions at the expense of our local businesses and quality of life.”

Gelber noted that the compact authorizes three new Seminole casinos over the next 30 years, as well paving the way for other new casinos in South Florida.

He highlighted the fact that Florida legislation originally proposed a 100-mile buffer between Seminole casinos and any new ones, but the final approved language reduced the buffer to 15 miles.

”Here’s news for you: The DOI could care less what the mayor of some small town thinks about the compact,” Fine said.

John Sowinski, president of “No Casinos,” which helped pass Amendment 3 — the “Voter Control of Gambling” amendment in 2018 — also wrote to Bryan Newland at the Bureau of Indian Affairs, urging him to send Florida’s proposed compact back to the state for a rewrite.

Like Gelber, Sowinski suggests the compact was devised “for the benefit of billionaires.”

“This compact requires the Seminole Tribe to accept what would have been violations of exclusivity under 2010 compact – non-tribal gambling that the Tribe has always opposed, and for which the Tribe went to Federal court in order to stop and won. These enormous concessions from the Tribe are…for the benefit of specific non-tribal interests. The provision in question prohibits the Seminole Tribe from challenging the movement of existing casino licenses in South Florida, provided that they end up not less than 15 miles from the Seminole Hard Rock Casino in Hollywood,” says the letter from Sowinski, dated June 6.

It continues: “If you draw a 15-mile radius around the Hard Rock, there you will find sitting less than two city blocks outside it, two nationally recognized resorts which are aggressively pursuing casinos and both of which are powerful political players in Tallahassee….IGRA was not written to expand non-tribal gaming for the benefit of billionaires, and it is wrong to use the leverage of a tribal-state compact to advance controversial and legally dubious non-tribal gaming.”

In spite of repeated requests by the Phoenix over the past four weeks, the BIA declined to comment.