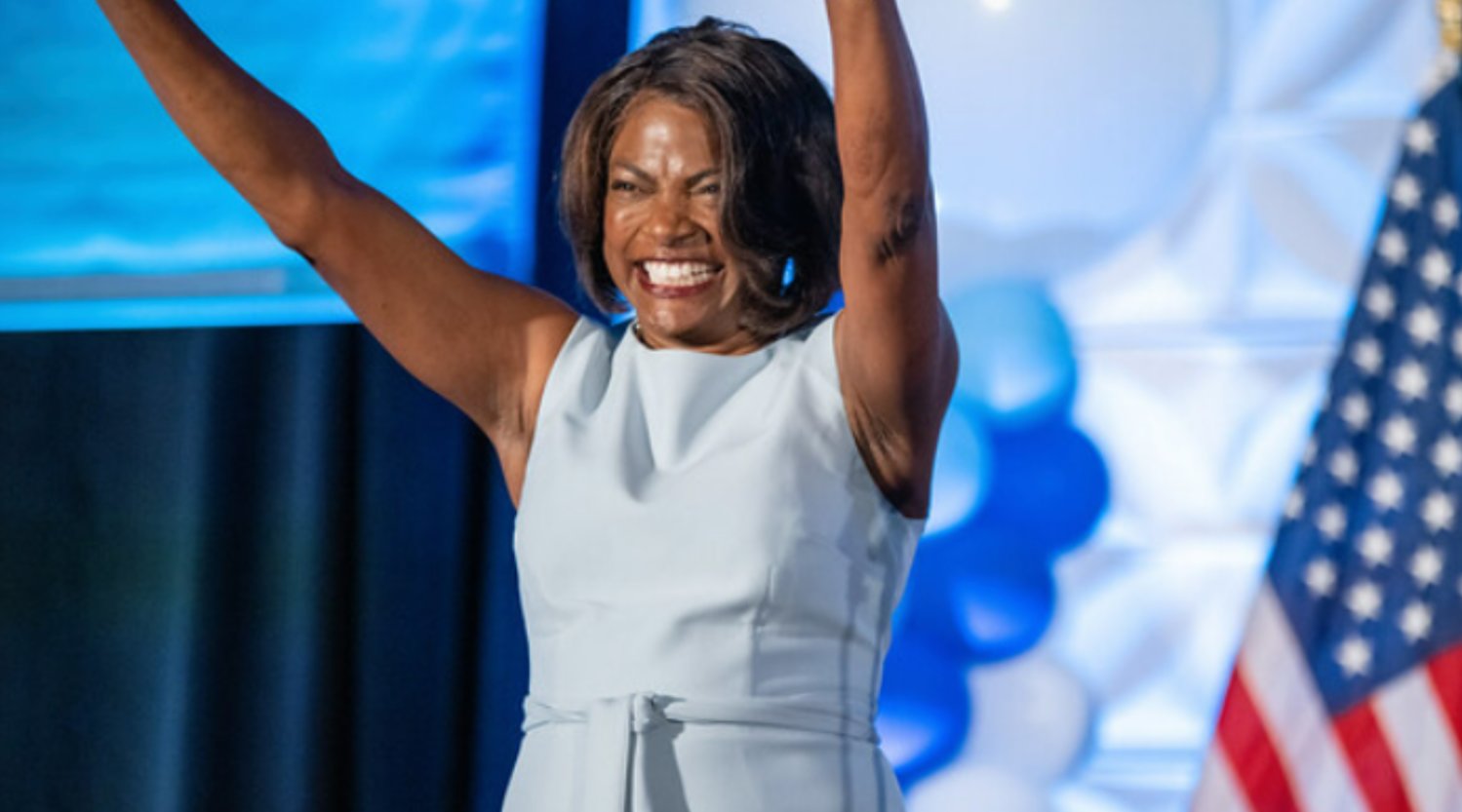 It’s been about four decades since a Florida woman — Republican Paula Hawkins of the Orlando area — was elected to the U.S. Senate for one term. What followed was a lineup of male-senators-only to represent Florida in the Senate chamber.

Now, in 2022, U.S. Rep. Val Demings, a Democrat in Central Florida, is pushing to shatter the glass ceiling of politics by kicking out Republican U.S. Sen. Marco Rubio and capturing a female seat for Florida in the U.S. Senate.

Demings has already made history as Orlando’s first female police chief in 2007. Whether she can hit a major milestone for a second Florida woman in the U.S. Senate after some 40 years is the question.

She would need to win the August primary election and then defeat incumbent Rubio in November, and he’s garnered law enforcement support from groups across the state, though Demings is considered a law-and-order candidate given her longtime law enforcement career.

However, a recent poll from progressive groups shows that the race between Demings and Rubio is close. According to a report from Florida Politics, poll results from Progress Florida and Florida Watch show Rubio and Demings “each with 45 percent support” from those surveyed.

And she’s managed to outraise Rubio in campaign fundraising from Jan. 2021 to June 30, according to the latest data from the Federal Election Commission.

“Everyone is watching that race. She’s (Demings) garnered a lot of attention, and one area she’s certainly not lacking in is fundraising,” said Susan MacManus, professor emerita of politics at the University of South Florida.

She said that more women have been running for office but that “it was a man’s world for a long time,” meaning mostly men had been elected to offices around the country.

Currently, 24 women serve in the U.S. Senate, according to the U.S. Senate’s website. That’s only a quarter of the 100 Senate members. Data show 16 Democrats and eight Republicans who are female in the Senate.

Kelly Dittmar, director of research at the Center for American Women and Politics at Rutgers Eagleton Institute of Politics, told the Florida Phoenix in a phone conversation that it’s important for more women to be elected to Congress.

“The body itself should reflect, and the membership of that body should reflect the people it serves,” she said. “So, we know that the Senate, as with other political bodies, are meant to serve a population that is over 50 percent women. And at least that many women should be included in these debates and in the dialogue that is happening in the Senate every day.”

As to race, there are no Black women in the current U.S. Senate. Kamala Harris, who is Black, had been a senator but resigned to be vice president. Carol Moseley Braun of Illinois, also Black, was formerly in the U.S. Senate in the 1990s.

“There are also currently no Black women in the U.S. Senate, which is pretty glaring when you think about representation in one of the most powerful political bodies in the country,” Dittmar said.

Currently, other ethnic groups are represented in the U.S. Senate, such as Asian, Pacific Islander, and Latina, according to data from the Center for American Women and Politics, at Rutgers Eagleton Institute of Politics.

In Demings case, if she wins, she would be the second female representing Florida in the U.S. Senate, and she’d be the first Black female Floridian U.S. senator in the chamber.

Overall, there have been 58 women elected to the U.S. Senate, including the late Paula Hawkins of Florida, according to the Center for American Women and Politics. Hawkins, a white Republican, served in the Senate from January 1, 1981, to Jan. 3, 1987.

“She was one of the first statewide elected women,” MacManus, professor at USF, said in a phone conversation with the Phoenix.

“She had been active in Republican politics for a long while. And she was a one-term senator, and she was defeated by Bob Graham (a Democrat).”

MacManus added: “Once you have trailblazers, that makes it easier for those coming behind,” she said. “The pipeline for women running for office is gushing at the moment,” she said.” But it’s taken a lot of time for women to aspire to run for statewide office.”

“Every decade, more and more young women are going to college and graduating. And they are the likely pool for candidacies,” MacManus said.

The Center for American Women and Politics features historical information about “Milestones for Women on American Politics,” with a myriad of women elected to Congress and other federal offices.

‘Gains for women in the Senate’

For instance, Rebecca Latimer Felton had become the first woman elected to the Senate in 1922, according to the center’s website.  But the Georgia Democrat had “only served one day.”

That said, “We have seen some gains for women in the Senate over the last two decades,” Dittmar said.

Meanwhile, Lucy Sedgwick, president of Ruth’s List Florida, told the Phoenix in an email that “women are underrepresented in politics – period.”

She said her organization is focused on electing more women to state and local offices.

“We have to build the bench of qualified women running for office, and that starts by increasing women office holders at the most local levels of government,” Sedgwick said. “That’s always been our focus – recruiting, training, and electing diverse, qualified, candidates up and down the ballot.”

Sedgwick added: “The main reason women are so underrepresented is they don’t run in the first place. … Women are more collaborative and willing to work across the aisle. They’re faster problem solvers and more committed to advancing policies that benefit our communities.”

Still, Demings must woo voters across the state to become Florida’s next U.S. senator in 2022 and make history as the second woman to hold that office.

“She’s doing extremely well at fundraising, and because of it, she has been able to run bio ads. She had the money to run those way ahead of the election so that people can get to know her,” MacManus said.

“But for her to win, she’s got to make sure she’s well-known,” MacManus said.

Demings has been traversing the state as part of a statewide 100 Days Tour, according to her campaign.

State Rep. Dotie Joseph of Miami-Dade County is an attorney and member of the Florida Legislative Black Caucus. She told the Phoenix that more Black women also need to be represented in Congress.

“With the departure of Vice President Kamala Harris from the U.S. Senate, that legislative body is devoid of the invaluable perspective of and representation by a Black woman, which is a disservice to policy making for the entire nation,” Joseph said.

“Electing Congressman Val Demings to the Senate would rectify that flagrant lack of representation while also providing much-needed partisan balance for the Florida federal delegation. I do not believe that two current senators, who regularly vote against policies that a majority of Floridians favor, adequately represent of our state,” Joseph said.