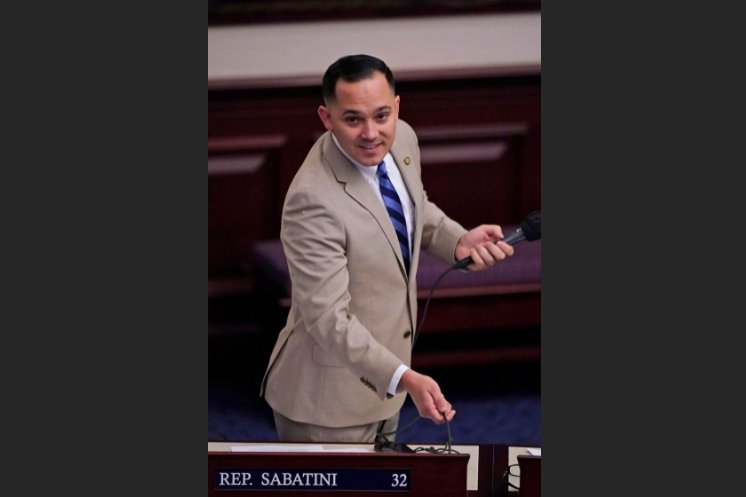 Seventeen months out from November 2022’s mid-terms and early indications are it’s going to be a strange election cycle in Florida.

The 2022 elections come with the added post-Census suspense of awaiting how the Republican-dominated Legislature will reconfigure the state’s 27 congressional districts into 28 districts and who will benefit from reapportionment.

State Rep. Anthony Sabatini, R-Howey-in-The-Hills, said Monday he should benefit from reapportionment in announcing he will challenge incumbent Democrat U.S. Rep. Stephanie Murphy in Florida’s 7th Congressional District (CD) even though his Lake County base in not in the district.

“BREAKING: Based on projected maps in Florida ... this morning I OFFICIALLY filed for the new District 7 congressional seat,” Sabatini wrote in part on Twitter Wednesday.

The “projected” map posted on Twitter shows CD 7, comprised of parts of Seminole and Orange counties reshaped to include Republican-dominate The Villages. Sabatini told reporters Tuesday the map is speculative but a scenario he will push.

In March, Sabatini announced he would not seek a third House term and would challenge incumbent U.S. Rep. Daniel Webster in the CD 11 Republican primary.

Sabatini, known for controversial commentary, is still listed as running in CD 11, but said he filed in the district in March to get his campaign off the ground in anticipation of being provided a redrawn district to run in. [Listing his occupation as an Officer with the Florida Army National Guard prior to becoming a State Rep., Sabatini currently sits on the Ways and Means Committee, Justice Appropriations Subcommittee, Finance and Facilities Subcommittee, and Local Administration & Veterans Affairs Subcommittee.]

But all of Sabatini’s map-making could go to the wayside should a former president now residing in Palm Beach County decide to run for Congress in 2022.

In a June 4 interview, radio host Wayne Allyn Root told Donald Trump he should run for congress in the midterms before running for president in 2024.

“Why not run in 2022 for the United States Congress, a House seat in Florida, win big, lead us to a dramatic landslide victory taking the House by 50 seats, and then you become the Speaker of the House, lead the impeachment of (Joe) Biden and start criminal investigations against Biden?” asked Root.

The Cook Political Report grades CD 21 a D+8 seat, meaning it would be difficult to redraw the district to be GOP-friendly enough for a Republican to win.

But because Florida law does not require Congressional reps live in their districts, Trump could run for Congress in more favorable districts now occupied by a Republican or where the party thinks it can win.