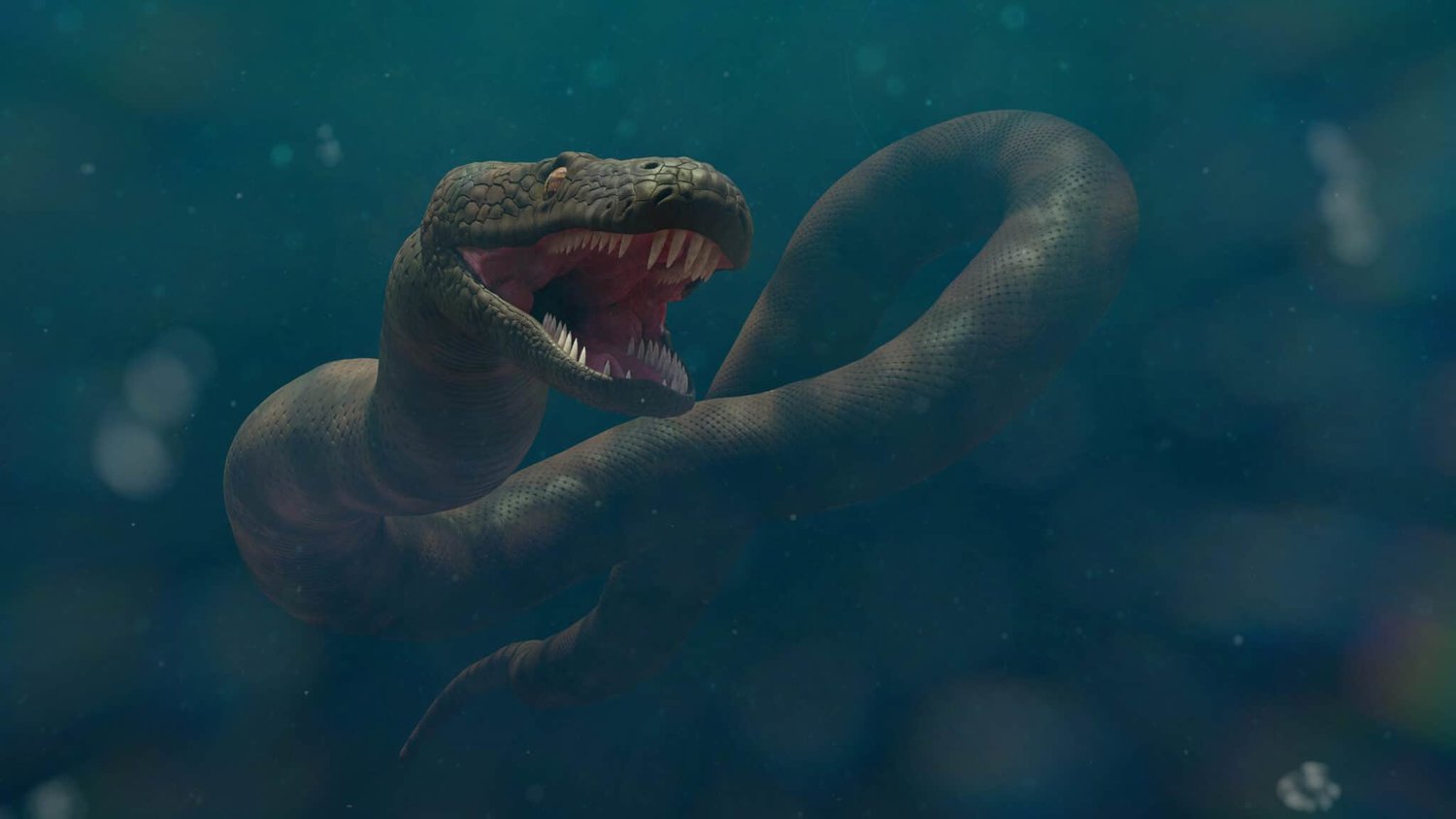 Those supposedly in the know tell us that at one time, a gigantic snake reached the unbelievable length of 40 feet! These same individuals named this ancestor of the anaconda the TITANABOA. You have to admit that while hiking in wild country and stumbling across this wee reptile might ruin one's day.

Many years ago, while fishing on the Fox River in Illinois, I was shocked when, to my great surprise, I stumbled across what could only be a TITANABOA! I regret not having a camera with me to record the event. Therefore, as I do, you will have to rely upon my memory of the incident.

I was returning home after a successful day of fishing when I came upon a huge, no, I should say gigantic boulder, and under one side of this humungous rock was a hollow, out of which protruded a coil of the enormous snake in question!

My body was wracked with chills at the prospect of disturbing the slumber of what could only be a man-eater.

Ever so quietly, with a big lump in my throat, not wanting to be a big lump in the snake's belly, with many a glance over my shoulder to check that I wasn't being followed I safely made my way home.

Thankfully, That was the only time I ever saw the beast.

And now, to put my sordid tale into its proper perspective, when I ventured into the vicinity of that gigantic boulder again, some time had passed, perhaps several days (maybe decades even). When I found the rock, I was surprised to discover that it was just a little rock and not nearly large enough to serve as a den for a man-eating snake 40 feet long!

Oh well, when I had first come across what I thought was a huge snake couldn't have been any more than two or three feet long in reality!

That was a good lesson for me to learn at the early age of seven or eight years, and since then, it has helped me to realize that everything the devil whispers in my ear is either a half-truth or an out-and-out lie.

“The greatest perversion of the truth is that which began the great controversy and thus underlies all other heresies; the devil’s great lie that God is hostile and unforgiving, cruel and severe, and that his law is unfair.  Consequently, the most serios deceptions, and the most dangerous heresies involve God’s true character and motives,”