Sea, shore, and wading birds flock to Florida's coastline in the spring and summer for breeding and nesting 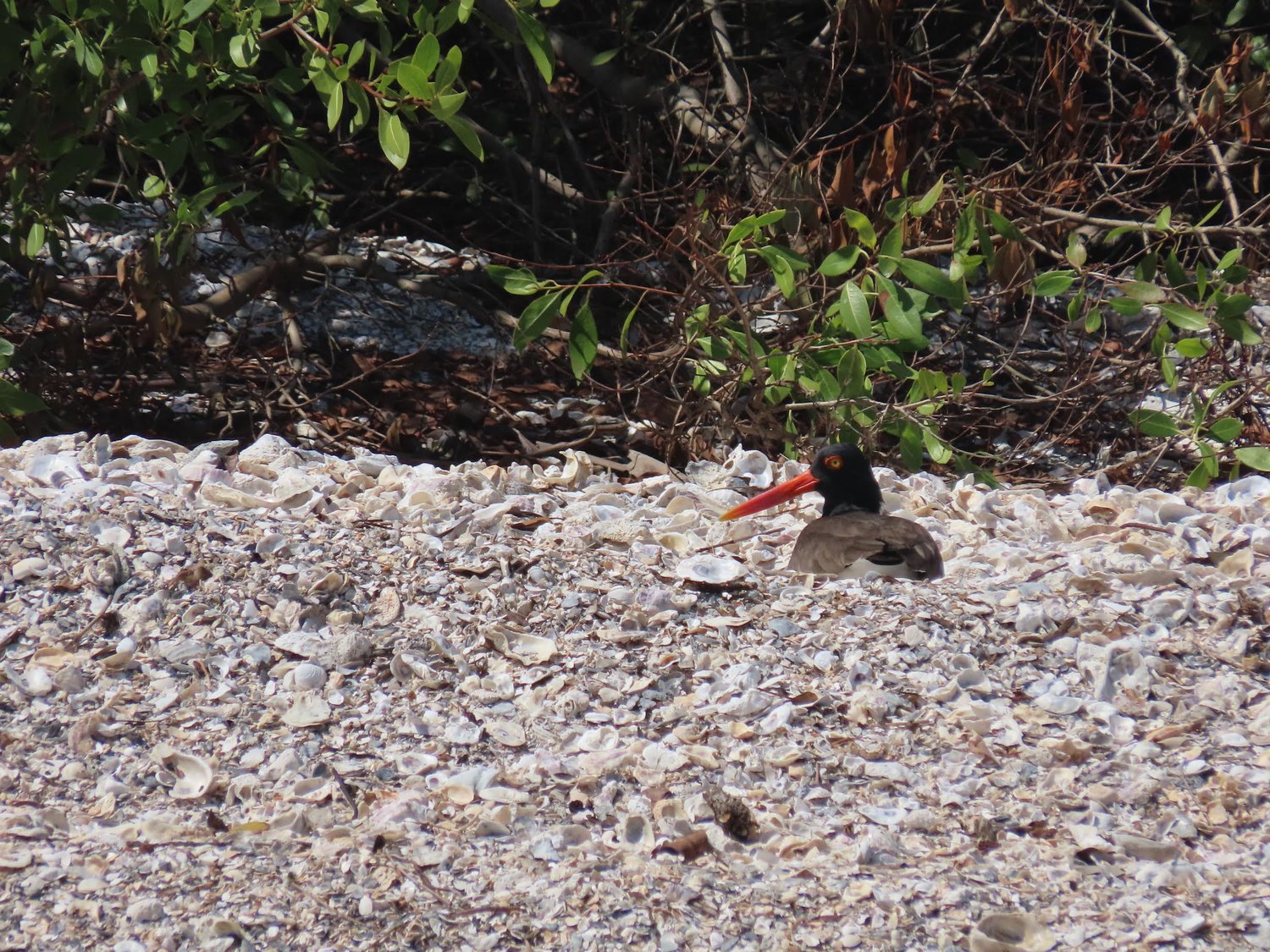 Beach-nesting and other coastal birds have begun laying eggs along Florida's coasts. Spring and summer mark critical times of year for these vulnerable species, as they must avoid human disturbance, storms, and predators to successfully raise their chicks.

While wading birds nest in coastal trees, sea and shorebirds lay their eggs right on the sand. They all perceive people as a threat and will take flight whenever beachgoers, or their dogs, approach too closely. Repeated human disturbance often results in birds abandoning the colony. If they can’t find a better location, their nesting season is wasted. Audubon has recorded nests in three Florida locations so far.

In Hillsborough Bay, American Oystercatchers have begun nesting, and some wading birds have already fledged their chicks, explains Jeff Liechty, Coastal Biologist at Audubon's Florida Coastal Islands Sanctuaries. Hillsborough Bay is designated as a globally important bird area, due to the diversity and abundance of birds that breed on the islands - including the Alafia Bank Bird Sanctuary, which is leased from and managed in collaboration with The Mosaic Company and Port Tampa Bay.

"Early season nesting begins in November for Great Blue Herons," Liechty said. "Other species that are already nesting at Alafia Bank include the Double-crested Cormorant, Brown Pelican, and Roseate Spoonbill.  Beach-nesting birds have just started nesting, with an early American Oystercatcher nest found in mid-March on one of the dredge spoil islands," he added.

These birds nest directly on the sand and shell shoreline and are extremely vulnerable to human disturbance.  It is important for boaters to heed signage and avoid areas posted as "no trespassing," even if they don't notice any birds.

"Snowy Plovers will nest in open sandy or shelly patches, usually in front of the first line of dunes and sometimes on tiny dunelets. Later in the season, they tend to choose locations closer to small patches of vegetation or just behind the front line of dunes," Michael Ferrara, Audubon’s Carrabelle Shorebird Biologist, says.

In the Panhandle, Snowy Plovers dominate the first month to month and a half of the nesting season until American oystercatchers, Wilson’s Plovers, and our early seabirds (Laughing Gulls and Brown Pelicans) and wading birds (Great Egrets and Tricolored Herons, among others) begin nesting. "Many of our tern species don’t begin nesting until May in the northern part of the state," Ferrara concludes.

How to help beach-nesting birds raise their next generation of chicks to adulthood:

Audubon Florida protects birds and the places they need, today and tomorrow. Audubon works throughout the Americas using science, advocacy, education, and on-the-ground conservation. State programs, nature centers, chapters, and partners give Audubon an unparalleled wingspan that reaches millions of people each year to inform, inspire, and unite diverse communities in conservation action. A nonprofit conservation organization since 1905, Audubon believes in a world in which people and wildlife thrive. Learn more at Fl.Audubon.org.

The prophecy of Brody Corbett

What is a microclimate and how do we work with it for a flourishing garden?