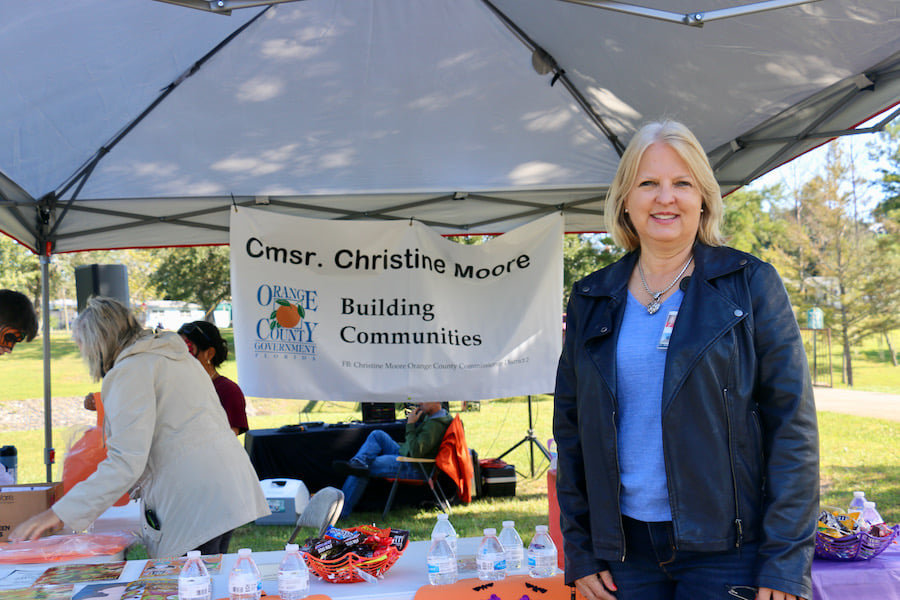 Christine Moore, the District 2 Orange County Commissioner, has filed to run for re-election in 2022. Moore, who served 10 years on the Orange County School Board, got 55% of the vote to defeat Patricia Rumph for the seat in 2018.

Improving residential areas has been another priority. Moore has required new developments to offer tot lots, trails, connection to a sanitary sewer, and 35 percent open space-more than any other jurisdiction in the area. She supported Mayor Demings’ Housing for All initiative which has resulted in numerous new affordable housing projects being built in the district. She also created a Neighborhood Leader Program and Corridor of the Year Contest to strengthen existing communities.

Finally, Moore believes it is vital to collaborate with local municipalities through cost-sharing of transportation improvements. The county is erecting several traffic signals with the City of Ocoee on road improvements at Fuller’s Cross and Ocoee-Apopka Road. With the City of Apopka, formal agreements for Ocoee-Apopka Road improvements are soon to be signed, and Moore secured the involvement of the federal transportation agency, MetroPLAN Orlando, to study and fund engineering for the intersection improvements at Rock Springs and Welch roads.

Moore is a licensed real estate agent and professional musician. She served 10 years on the Orange County School Board when the district won the distinction of the top urban district in the nation. She is proud of the 18 facilities rebuilt during her tenure, and the school district successfully coming out from under court-ordered supervision. Her individual accomplishments include producing an art and jazz festival, a school beautification contest, and teaching local history to fourth-graders.

Moore has two grown children and three grandchildren, Leah, Lili, and River, of whom she is extremely proud. Moore thanks her family and friends for their continued support in order to serve the people and communities of District 2.