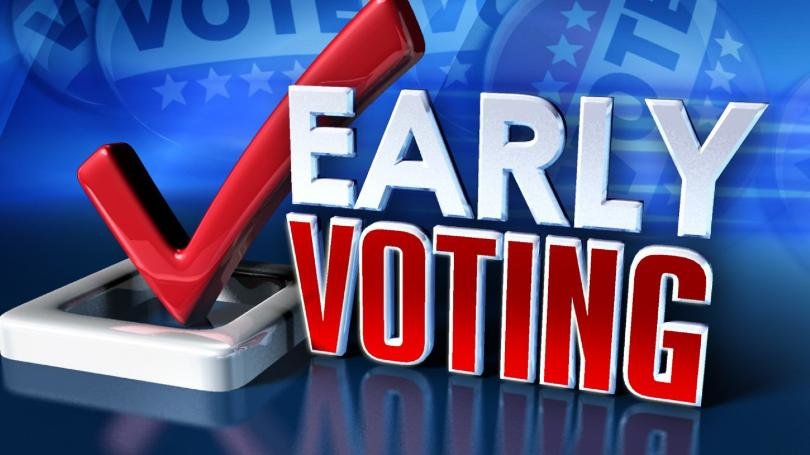 Apopka residents wishing to vote in the 2022 election must be registered by February 7th at 5 pm.

Early Voting is from March 1st-6th from 7 am-7 pm at the Apopka Community Center or from February 28th-March 4th at the Orange County Supervisor of Elections Office in Orlando from 8 am-5 pm.

As expected, the Apopka City Council, at its January 19th meeting, approved an agreement with the Orange County Supervisor of Elections (SOE) to conduct an early voting site from Tuesday, March 1st through Sunday, March 6th at the Apopka Community Center, but after discussion, chose an alternative slate of hours.

Instead of opening the site from 8 am-5 pm on those dates, Council voted 5-0 to increase the hours from 7 am-7 pm - the same times as the March 8th election date.

The SOE estimates a cost of $21,196.16 to administer the early voting site for the six days (and 12 hours per day) leading up to the March 8th election. The previous estimate for eight-hour days was $13,200.

Commissioner Kyle Becker was in full support of the added hours.

"At the end of the day, let's maximize the opportunity for people to vote," he said. "Historically, speaking, only 20% of our electorate, [vote in] the City of Apopka elections. If we're statutorily allowed to get up to 12 hours per day, let's do it. Let's make this the most open civic process there is."

Commissioner Doug Bankson weighed the cost and agreed it was worth the investment.

"It's $8,005.26 more to extend the hours and keep the full amount of days, which is $1.06 per voter difference," he said."It's not an exact number, but to try and come up with something... this is what we're looking at to make it convenient for our voters. So it's adding a service to all of our citizens in our city. I think it's beneficial, I think in the climate of what we're dealing with today, this is a great way to bring us together. And I think I think it's a positive positive step."

The issue was also discussed at the previous City Council meeting on January 5th meeting.

Apopka residents wishing to vote in the 2022 election must be registered by February 7th at 5 pm.

There will be no runoffs (which occur when the leading candidate does not receive 50%-plus-one of the votes in the general election) because there are only two candidates in each contested seat.

Public Comments Ordinance: Decorum? Or will democracy die on our watch?

Baptiste Orthodontics building long-lasting relationships with patients and the community