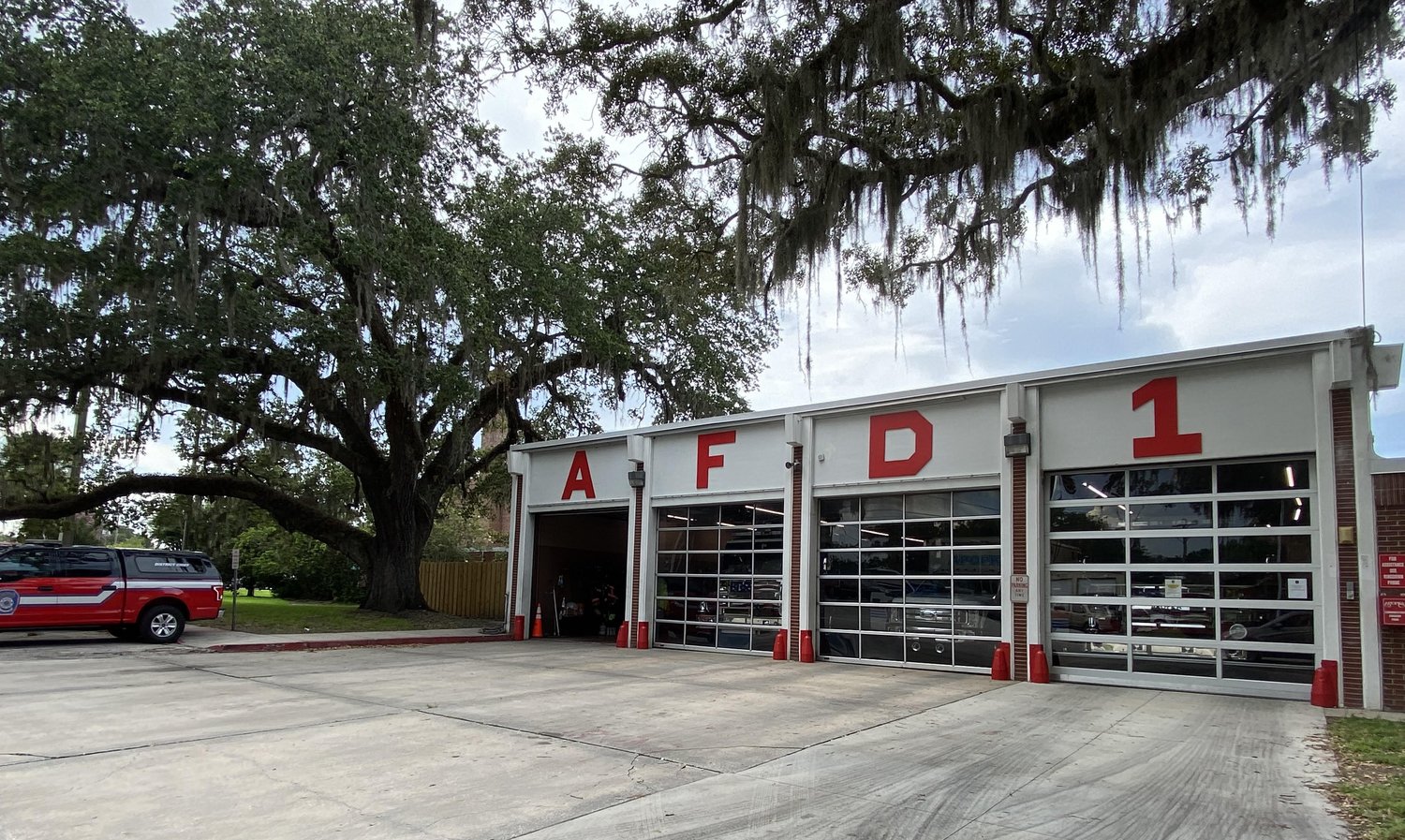 Much like last year's budget workshop, Apopka Fire Chief Sean Wylam outlined his presentation by asking for a modest increase from $15.2 million in last year's FY 2021-22 budget to $17.8 million in 2022-23. The increase included six new firefighter hires and an $800,000 replacement for Fire Engine 51.

And for the second straight year, Wylam got pushback from members of the City Council.

Last year, it was primarily from Commissioner Kyle Becker over staffing the fire apparatus. But in this budget presentation, newly-elected Commissioner Nick Nesta questioned Wylam about safety and training.

"We have a safety committee. How often do they meet?" Nesta asked Wylam.

"When was the last time they met?"

"Last quarter. I can't tell you the exact day I can look it up for you."

"Do you know what that conversation was about when they did meet?"

"We review a lot of the accidents," Wylam said. "And incident reports that are reported and discuss those things needed to make recommendations."

Then Nesta referenced the accident at Apopka Fire Station 1 that took the life of 25-year-old firefighter Austin Duran as it related to safety.

"So they met last quarter, but we just had a pretty significant accident recently," Nesta said. "They still haven't met for that? Do they have a date yet for that?"

"They didn't meet since the accident," Wylam said.

"That's concerning, right? It's a safety committee," Nesta said. "They should be meeting often, especially when there's an accident. The fact that they haven't met yet is really concerning. That's still putting our firefighters at risk. Something needs to be implemented differently. Yes, it may have been an accident, but more accidents can happen. So is there anything that we can do to implement some type of additional safety committee that actually meets consistently as it was designed to do?"

"Right now, it's still under investigation in the State Fire Marshal's office, so we can't meet," Wylam said. "But it's not going to get kicked down the road. It's one of my top priorities. Once we got through last week [Duran's funeral]. That was hard for our men and women. Tomorrow, I'm going to start looking at that. We're going to invite the state fire marshal. Five years ago, they did a complete safety assessment of our department. We want them to come back and do the same thing."

Nesta, however, wanted to see more proof of action in this budget.

"But none of your budget items, at least that I'm looking at, has to do with any type of training," he said. "There's no extra training being involved or anything that has to do with a relatively younger fire department. That's concerning. Again, nowhere in here was there... we're updating training, we're adding somebody to bring on... somebody to head training, anything like that. Is there a reason why?"

"There's many different levels as far as training and who controls training and who does these different types of programs," Wylam said. "My personal view is from the administration level is to provide those opportunities for individuals so they can get that training. We have a state-of-the-art training facility, we're lucky that we have that facility. A lot of people don't. A lot of people come here to use ours."

"So you do have a program in place?" Nesta asked.

"Yes, we have training."

We're not a small city anymore. We need something that actually is implemented often, and somebody that is in charge of training. Specifically. I think that's a huge mess... a huge misstep, and something that needs to be taken care of."

"You don't think it would be valuable to hire somebody that is specifically head of training on staff that that's their only job? Not using somebody else that already is doing their job that has to kind of fill there if they have downtime training?" Nesta asked Wylam.

"Yeah, it's something we can certainly look at. You know, right now, we have training kind of split between suppression and EMS. Each division chief heads up the training, and passes things down and things like that. COVID caused a big pause to a lot of that, because we simply couldn't get together to do a lot of different things. But looking at that in the future, you know, it comes down to even that additional District Chief. They can help orchestrate a lot of different trainings. They identify something that's out there in the field and a lot of stuff comes up for us."

"Well, I think we're missing two huge points," Nesta said. "For the safety committee that doesn't meet regularly or update the department, and then somebody that's not actually in charge of training specifically. We're not a small city anymore. We need something that actually is implemented often, and somebody that is in charge of training. Specifically. I think that's a huge mess... a huge misstep, and something that needs to be taken care of."

After Nesta concluded, Commissioner Diane Velazquez continued a line of questions about training and safety.

"So with this budget year, is there anything in place to start that training program?" Velazquez asked Wylam.

"Yeah. And again, that's something we want to do in-house... so meeting with the Lieutenant who's going to be establishing that committee, and making sure that we're rolling forward with identifying needs and things that they see from the boots up that they identify as shortcomings. And that way we're able to tackle and develop a plan for a development program, basically, to identify some of that stuff and train on that."

"This incident that happened with the line of duty death of one of your firefighters should certainly really get everyone on board to say, we need to change now, not tomorrow."

Velazquez agreed that the program was necessary, and added an emotional sense of urgency to the issue.

"We do need a training officer," she said. "One that is just specifically working on training, classes, and programs, to ensure that all the members of your department are trained where they need to be trained in their specific job duties and job titles. And I will say this, this incident that happened with the line of duty death of one of your firefighters should certainly really get everyone on board to say, we need to change now, not tomorrow."

After Wylam's presentation concluded, Apopka Professional Firefighters Association President Alex Klepper made a statement about the urgency the AFD needs to employ in its safety and training programs.

"I just put my brother in the ground... something I shouldn’t have had to do.
This city and this department can not continue to operate as if Austin [Duran] was struck by lightning on a cloudless day or that this was all the fault of a trailer.
It has been a month... a month since Austin’s accident opened all of our eyes and absolutely NOTHING has been done to fix the environment and operational weaknesses that led to it. We have heard it said in this room on multiple occasions that if there were safety issues people would be jumping and screaming and pounding the desk, but I have seen none of that. We must recognize that systems fail or at the very least become complacent or outdated when left stagnant.
Prior to this last week, where I’ve been scrambling to help pull off an honorable ceremony for Austin for five days in a row, working 6 am to 10pm for no pay mind you, I spent two weeks emailing chiefs, city commissioners, administrators, and the mayor begging for help, begging for, at the very least, an emergency meeting of the safety committee be held to address a safety stand-down and re-evaluate our department as a whole.
What did I receive in return for those efforts? I was threatened, cursed at, met with anger, and worst of all, inaction. I guess in some shameful way I was willing to work around that while he was alive but I will NEVER forgive or forget that after his passing.
The youth and inexperience of our department needs to be understood and managed appropriately. Over 50% of our department has five or less years on the job, 75% of our special operations team has less and most of them have never had a job or any life experience prior to fall back on. We desperately need a training officer (NOT AS SOMEONE'S SIDE JOB) for structure and accountability from the top down to address Apopka Specific needs and programs.

This city and this department can not continue to operate as if Austin [Duran] was struck by lightning on a cloudless day or that this was all the fault of a trailer.

We desperately need a health and safety officer to save lives. How can we possibly look at ourselves in the mirror after a senseless death and think that we can continue to make health and life safety a side job of two chiefs that are barely able to manage their monumental tasks as it is?
I beg you today to go back to the table and reconsider this budget proposal. Make room for a sole training officer, make room for a sole health and safety officer, and FILL the EMS compliance officer position that was approved in last year's budget. Wasn’t there also supposed to be a new position for fire inspector in last year's budget? Where are they??
We cannot afford to sit idly, we cannot afford to not re-evaluate what our plans were and figure out what pivot must be made now! If there are better suggestions than mine then please let’s take those actions, I can’t claim to have all the answers but, if we continue to operate in the same way, then we will be back here again “when” not “if” our next firefighter dies or even worse one of our citizens that we’re sworn to protect dies due to our lack of self awareness."