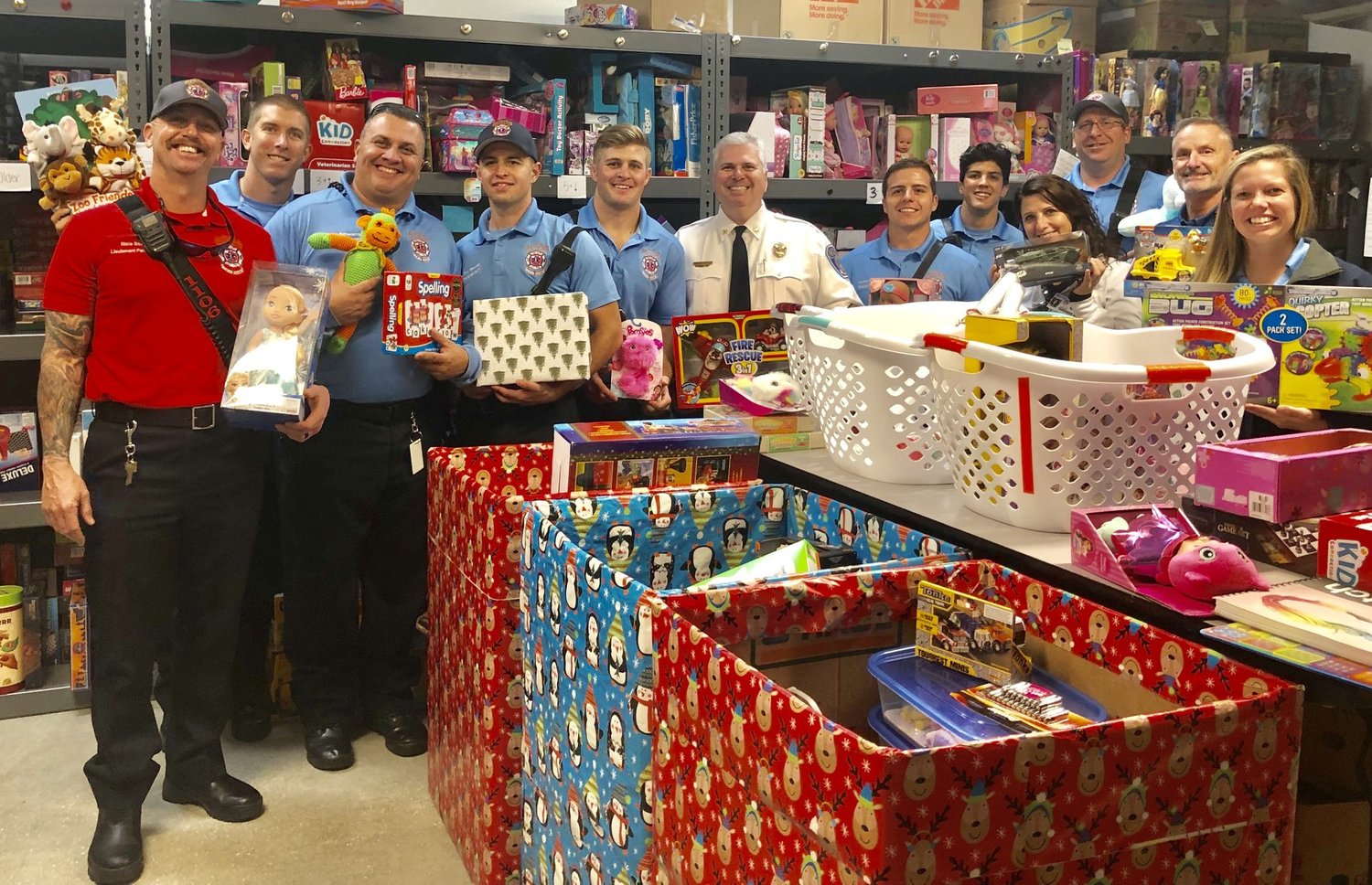 The Apopka Firefighters Association (AFA) is not accustomed to controversy.

It has a long history of community involvement, which continues to this day. According to sunbiz.org, which is the Division of Corporations business index and commercial activity website for the State of Florida, the AFA officially started as a non-profit organization in 1987 and was reinstated in 2013. Apopka Fire Department District Chief Todd Bengston, who has been a member since its inception, says there are no official records as to the beginning of the AFA, but remembers it informally started in the 1970s along with a ladies auxiliary group as a way to raise funds to help the AFD purchase needed equipment that was not always included in the city budget.

In the past year, the Apopka Firefighters Association has given bikes and backpacks to students, Christmas presents to seniors in a local nursing home, and $2,000 to the Apopka High School Darter Nest Food Pantry.

Officially or unofficially, at its core, the AFA raises money for the community, for purchasing firefighting equipment, and to provide scholarships for students to attend fire and EMT schools. It has given bikes and backpacks to students, Christmas presents to seniors in a local nursing home, and $2,000 to the Apopka High School Darter Nest Food Pantry.

Bengston provided a more comprehensive list of causes it has contributed to over the years:

Purchased various jaws of life equipment over the years

Paid for a full size, life-like rescue mannequin for training

Assisted the Apopka Little League in a trip to Washington, DC

Paid for Freddy the Firetruck, remote control for public relations use

Paid for insurance for the Explorers Program

Helped with the funeral cost of an Oviedo Firefighter who lost a child.

Paid for and cooked meals at Camp Thunderbird for autistic children.

It is not an organization that lends itself to drama, and that's why being referenced in an investigation spearheaded by City Attorney Joseph Byrd into the Apopka Fire Department came as a shock to its members and its board.

But according to a statement by Byrd, the AFA may be free and clear of that investigation.

At the July 17th City Council meeting, Byrd referenced the AFD as it related to his investigation because of a check written by David Sulik, president of the NEB Group to the AFA. NEB is the former EMS billing vendor for Apopka, now being sued by the city for multiple violations including breach of contract.

"I have filed motions to compel discovery, particularly, demanding bank records of NEB where Mr. Sulik has alleged that he donated between $10,000 - 12,000 in donations with checks where he often left the payee blank purposely to avoid routing the check through the City's Finance department," he said. "In memoranda, the Apopka Fire Department over the years requested to continue to use NEB as a sole or evaluated source corroborating that NEB donated $2,000 per year to “EMS scholarships.” There is no record in the Finance Department of these donations and only one check for $1,000 has been produced that was written by Mr. Sulik to the "Apopka Firefighters Association” – it appears the payee was not filled in by Mr. Sulik initially."

But now, in a statement sent by email to Bengston, and forwarded to The Apopka Voice, Byrd says he has concluded his inquiry into the AFA and found no wrongdoing on their part - going even further to state they were never a target or even a subject of the investigation at all.

Byrd goes on to explain that his search of the AFA's bank records was more about NEB's activities than theirs.

"After discussion with the current and former secretaries of the Apopka Firefighters Association, they thoroughly searched the records and located only one check/deposit from NEB – the $1,000 check Mr. Sulik produced. To date, I have not personally reviewed the bank records because I am convinced the Association’s officers have been forthright and they are willing to execute affidavits as to their search and findings. As I informed the officers of the Association, the interest of the subpoena was to review the deposits to test Mr. Sulik’s claims – I explicitly and specifically was not interested in reviewing the Association’s expenditures. The subpoena was not a negative reflection upon the Apopka Firefighters Association nor upon the positive contribution it makes to the City of Apopka."

He also explained that a subpoena does not always suggest an expectation of guilt or wrongdoing.

"People generally hear sound bites of information about litigation and often gather their information from legal television shows and come to believe things like a “subpoena” means something negative. It does not – in actuality, the officers of a corporation should generally require a subpoena before they surrender their bank records. Incidentally, the corporate officers of the Apopka Firefighters Association were immediately cordial, helpful and cooperative. The Association has never been within the scope of my review or of the litigation. It was a request for documents via a subpoena."

To date, Byrd has not been able to conclude if the checks, estimated to be between $10,000-$12,000 by Sulik, were written to someone else and forwarded to the AFA, or just not written at all.

"I have not been able to account for the alleged donated funds but it is ongoing as a matter of discovery investigation," he said.

He did, however, warn about potential issues accepting donations from a vendor for the City of Apopka could potentially create.

"As it would relate to the Apopka Firefighters Association, receiving a donation would not immediately or necessarily raise a warning flag for the Association. However, donations made by vendors who have contracts with the City must be carefully scrutinized as various ethical and legal violations could be triggered. A review of the scores of opinions by the Florida Commission on Ethics reveals the complexities and problems such donations could raise."