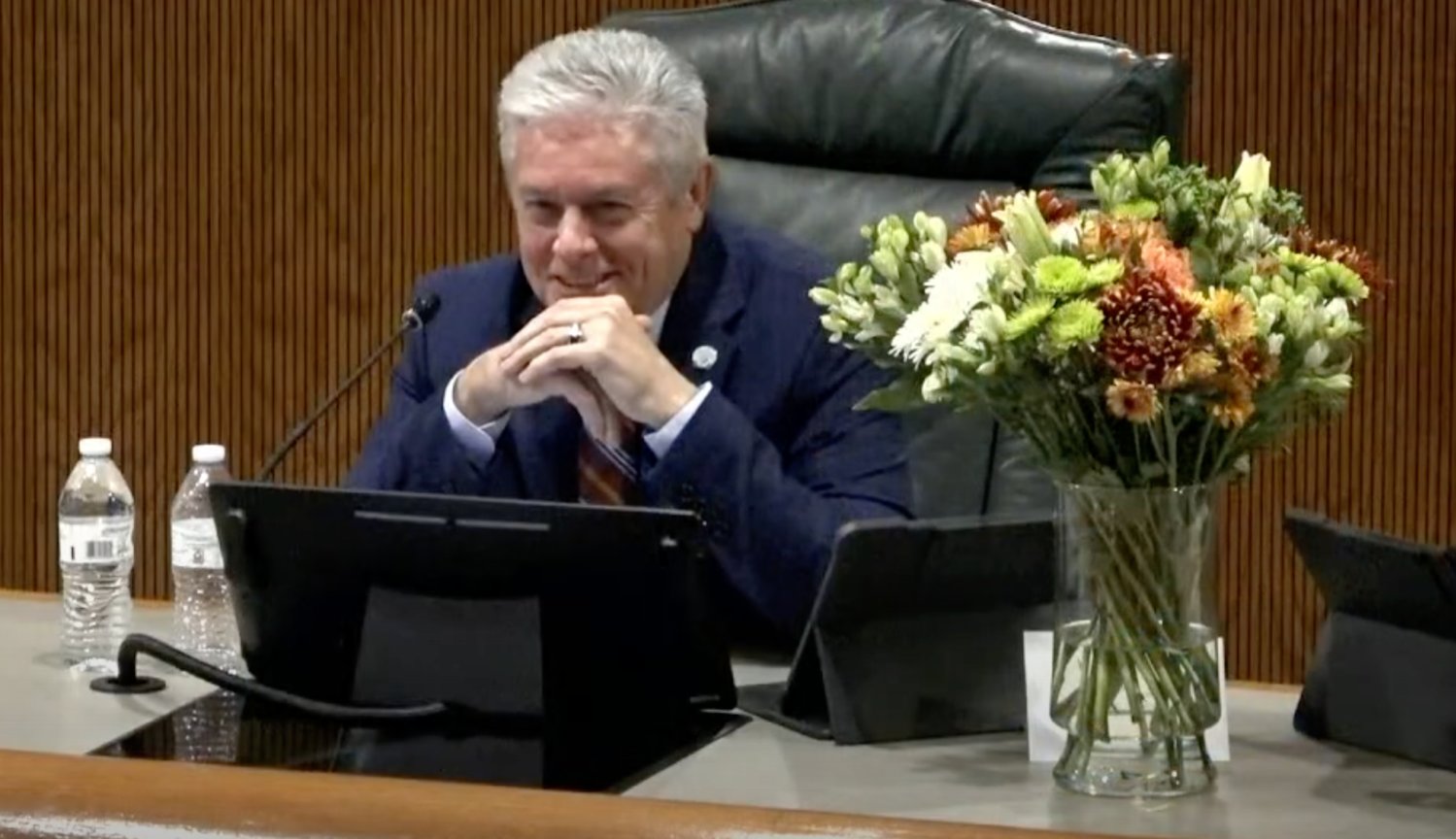 No, you won't see him at a poker table sliding all of his chips into the pot and saying "all-in." But in many ways, that's what he did in vacating his seat on the Apopka City Council to run for a seat on the Florida Legislature.

The newly-formed Florida House District 39 is a rare battleground in state elections. Unlike most districts in Florida, SH-39 is evenly split with 41,711 Democrats, 41,680 Republicans, and 34,231 voters with no party affiliation registered to vote. In the 2018 Governor's race, Ron DeSantis won the voters of this district with 49.75% of the vote, to Andrew Gillum's 49.23%. In the 2020 Presidential Election, Joe Biden received 50.21% of the vote, while 48.55% voted for Donald Trump.

Not exactly a place Republicans go for easy victories.

Bankson's name recognition and time on the Apopka City Council had to be attractive to the Republican Party, but it was still Bankson taking the risk.

"When I was approached, I said I want to finish out my term [on the Apopka City Council]," Bankson told The Apopka Voice in an April interview. This is what people asked me to do. And I take it to heart - service. But because of the district change, that was really the impetus behind it. It became an Apopka-centric district. It brings us together as a city and really helps to encompass all the issues we've dealt with here locally."

Bankson took advantage of his popularity in Apopka and the Republican wave in Florida to defeat political newcomer Tiffany Hughes for the SR-39 seat. Bankson received 35,582 votes (55.89%), while Hughes received 28,020 (44.11%).

"Today, the voters of Florida's 39th District have spoken, and I am grateful for the honor you have entrusted me with," Bankson said in a statement after the election. "As your next State Rep, I will serve you and keep Florida moving forward. Our state is on the right track, but the best is yet to come! I promise to always put God first and our traditional values and principles. Let's get to work!"

And when Bankson begins his work in the Florida Legislature, he won't be alone. After the November 8th election, Republicans control 28 of 40 seats in the Senate, 85 of 120 House seats, and a Governor re-elected with 59% of the vote. It's an opportunity for an Apopka resident to give this growing city a voice in the Legislature that it has not had since current Apopka Mayor Bryan Nelson was in the State House from 2006-2014.

Bankson already has a list of objectives to benefit Apopka.

"Just knowing the issues that we've had here, different funding that we've tried to get in years past for really important things such as Harmon Road... having an advocate there, I think, would have really helped. Infrastructure needs are key. And part of our challenge... some of these things they were able to bring up were good and legitimate things, but they ultimately got cut because of budgeting. And not because of what it was they were trying to bring forward. So I think there's already an open door for the specific needs that are there. Obviously, our biggest challenge is the workforce. Apopka is in a tremendous place when it comes to growth. And I know it's the frustration about when we will see the restaurants, but it has to be jobs first. The government is not a job creator. But government can create an environment where jobs can grow."

Bankson is an Apopka resident, but he is also the representative for other parts of District 39 - like South Apopka. This is his chance to go to bat for them directly in the Legislature. A task few have been able to accomplish before.

"I have a heart for South Apopka. Obviously, being here, we're considered South Apopka, you know, in our own church. And I've driven these streets and literally prayed about what can be done. And I've had different ones say 'we don't just need a handout. This is not what we're asking for. We need opportunities.' And to bring meaningful jobs and employment... all those facets, whether it's the housing that can support it, whether it's education, whether it's bringing those jobs and those kinds of work in tandem. That was one of the things that I really liked about it before Apopka was split - district-wise, as well as historically. And so I love the fact that we're finding that way to overcome the mistakes and errors of the past, yet do it in a responsible way. We can't make an emotional move that ends up not being sustainable, but we need to do it the right way."

With the move from municipal to state government, what might be next for Bankson? Could he follow the path of Nelson and run for County Commission and then Mayor of Apopka? Could he shoot for the state senate or US Congress?

Bankson doesn't take anything off the table.

"We don't know where the future leads and what those things will be. So no, I wouldn't take them off the table. Because, you know, I never expected this... The [City] Commission... when I got to this juncture. So it all was based on where we were at that time. It's all about what the need is, and can I make a difference?"

Bankson will keep his opportunities open and looks back at his time on the Apopka City Council with joy.

"It's been an honor to serve. It's been something that I think has helped me grow as a person and prepared me for the opportunity to serve going forward. I'm very grateful to the people of Apopka. I've even had enemies become friends along the way, which is wonderful. I'm just excited and optimistic to look at the horizon. I'm an optimist at heart. And I'm excited for the opportunities that lie ahead."

Bankson didn't coin the phrase "we can disagree without being disagreeable," but he lived it on the City Council.

"We all see things sometimes differently. And we're all responsible in our character to do that according to what we believe. And that's why I appreciate the differentiation. I appreciate that we have different perspectives up here [on Council], that we can work together and sometimes not agree on the vote. But it all comes from the right place. And that's what's important. That's what the people expect of us."

I disagreed with Bankson on some issues. I did not hold his opinion for high reserves, low millage rates, or tapping the brakes on an economic development director in Apopka. Still, I have always respected his viewpoint and appreciate his ability to present his side of an issue. He was often the commissioner who argued the "minority position" on Council - which is important. A strong diversity of opinions is critical on a five-person council. It's when everyone agrees that you stop debating issues and wind up with ordinances like banning plastic straws or fining a person $500 for wearing saggy pants.

Google those two ordinances. You might be surprised to see how close they are to Apopka.

We at The Apopka Voice want to thank Commissioner Doug Bankson for his service to Apopka and the City Council. We wish him every success in the Florida Legislature and future endeavors, whether in Tallahassee, Orange County, or Apopka.

Proposed constitutional amendments were popular, but not popular enough