Grants, Foundations, Public/Private Partnerships, Chamber of Commerce, and Leadership may be required to make the effort successful 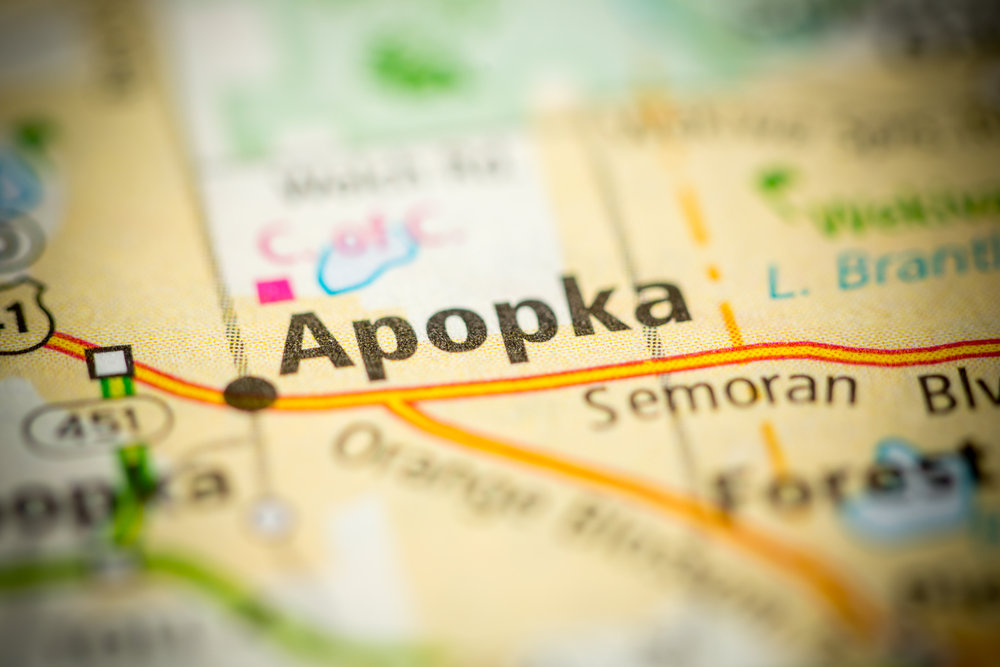 Editor's Note: On Tuesday, November 29th, the Apopka City Council will host a workshop on annexing South Apopka. It's been a prominent subject since the 2022 election cycle in Apopka but a stumbling block in this community for generations.

Although South Apopka is only a little over two square miles with a population of approximately 6,800 residents, its reach stretches into the town it borders and helped to grow. Apopka flourished in its early years as an agricultural town. South Apopka residents toiled in the muck farms, orange groves, and industry of early Apopka. They are a part of this community, whether designated as unincorporated or a part of the city they helped to build.

In the next two days leading up to the workshop, The Apopka Voice will continue its "Make South Apopka your North Star" series. On Friday, we began with a look at the history of South Apopka.

To read part one, go here.

Tomorrow, we'll publish an open letter to the commissioners, who will ultimately decide the next course of action.

Today, in part two, we focus on solutions and ideas to make annexing South Apopka more than just numbers on a ledger sheet.

If South Apopka becomes part of Apopka, it will take a concerted effort. Community leaders in South Apopka will need to rally the residents, ensure they attend workshops and meetings, and guarantee their voices are heard. City Commissioners must be proactive to keep annexation moving forward and make sure the workshop is productive. The Apopka Area Chamber of Commerce should spearhead support from the business sector of Apopka. And the City staff has to provide creative options to the Council as they did when purchasing Camp Wewa and not focus entirely on the costs of annexation.

In an effort to get the conversation moving in an active and forward place, The Apopka Voice researched several ideas to enhance and offset annexation costs outside the standard profit and loss statements. Here are just five ideas that could make annexation a little easier.

Apopka is proficient in grant writing and has successfully won grants for many of its projects and budget items. On many occasions, Apopka Mayor Bryan Nelson and City Administrator Edward Bass have praised their staff for their accomplishments in securing grants. Wouldn't South Apopka be a prime candidate for that kind of grant funding?

Here are a few grants I found in just a few minutes of searching:

As part of his equity agenda, President Biden wants to give the nation’s 100 most underserved areas nearly $2 million apiece in extra Community Development Block Grant funding, which can be used for purposes ranging from increasing affordable housing to renovating local parks.

In addition to helping those communities, Biden hopes the initiative will lead cities to address structural issues, like zoning and permitting laws that hold back economic development.

“This program is unique in that it specifically delivers funding to communities that need it most while also incentivizing community planning activities that address barriers to revitalization,” the Biden administration wrote in its March 28 budget request to Congress for the next fiscal year.

Notice of Funding Opportunity (NOFO) – The Notice of Funding Opportunities (NOFO) is published each year on grants.gov for HUD’s Discretionary Funding Programs.  These NOFOs describe the type of funding available on a competitive basis and provide information on the submission of an application, typically up to 30 to 90 days from the date of the NOFO publication on grants.gov.

A public-private partnership is a long-term arrangement between a government and private sector institutions. Typically, it involves private capital financing government projects and services up-front and then drawing revenues from taxpayers and/or users throughout the PPP contract.

The annexation of a community into a city is not tailor-made for a public/private partnership, but wouldn't the economic leaders of Apopka want to partner with the City to make this venture successful?

3. Create or utilize a foundation to help fund the annexation

Creating a foundation to assist South Apopka during its transition to becoming a part of Apopka would make sense, but is there already an existing foundation in Apopka already designed to serve this function?

On April 25th, the Apopka Area Chamber of Commerce Board of Directors unanimously approved the mission statement for its launch of a foundation.

"The Apopka Area Chamber of Commerce Foundation, created as a 501-c3 by the business member community, to promote efficient and effective ways to provide business advocacy and collaboration, community humanitarian assistance, long-term community improvement, to support improved literacy rates of children, mental and cultural wellness, increase educational attainment and overcoming workforce barriers to underestimated people, promote equality, and overall prosperity for all in our region."

If the Chamber is still looking for projects, South Apopka would be a perfect fit for its new foundation.

Before coming to the Apopka Area Chamber of Commerce, President/CEO Cate Manley helped to implement a program along with the City of Louisville for communities under trauma. There are elements of this program that could be used in South Apopka:

More than 50 representatives from 13 key community partners this month have begun training in the Trauma Resilient Community (TRC) Model as part of a $5 million, a 5-year federal grant to launch an emerging project to promote resilience and equity for Louisville families and young people most affected by trauma, inequity, and violence in west and south Louisville.

“Our city has learned a tremendous amount about trauma and ways to address trauma over the past several decades. Collectively, we have done good work understanding and responding to the needs of children and families across our city,” said Rashaad Abdur-Rahman, Director of the Office for Safe and Healthy Neighborhoods. “This effort allows us to again reimagine a system of care that increases resilience to trauma with the understanding that racial equity and culturally responsive service are central to our work.”

Over the course of the next four years, backbone agencies will receive ongoing mentorship and support from the Center for Trauma Resilient Communities to customize an approach for each agency to move from understanding basic trauma theory to becoming an actualized trauma-resilient organization.

Backbone agencies are key community partners selected to participate based on their ability to demonstrate commitment, collaboration, and partnership in implementing the TRC Model within the community. They include:

Aren't there backbone agencies and key community partners in the Apopka area that would jump at the opportunity to participate in a program like this?

At the July 11th, 2021, Apopka City Council meeting, City Attorney Michael Rodriguez referred to what he described as a third option for annexing South Apopka:

According to the State of Florida website, The Florida Legislature provided the Interlocal Service Boundary Agreement Act (FS 171-Part II) as an alternative to FS 171-Part I for local governments regarding the annexation of territory into a municipality. The act intends to encourage local governments to jointly determine how to provide services to residents most efficiently and effectively while balancing the needs of the community. As a result, the use of FS 171-Part II encourages intergovernmental coordination in planning, service delivery, and boundary adjustments. It promotes sensible municipal boundaries that reduce costs and avoids duplicating local services.

Rodriguez went on to explain specific issues that the City of Apopka would want to discuss with Orange County during a prospective negotiation.

"One thing we would have to do is look at what the City is going to assume as part of the annexation by interlocal agreement. I know that one of the factors is bringing the roads up to City standards. Because if you're going to assume the roads as-is, then the City has to incur the cost of making improvements to the roads and infrastructure. These are all things that are to be contemplated... all of those elements are put on the table with the County. We haven't had any discussions with Orange County to plan such an agreement."

According to Rodriguez, there are no ISBAs in Orange County, but there are five in Volusia County and 10 in Lake County.

Here are examples of five ISBAs in Volusia County:

These five options and alternatives are by no means exhaustive. They merely provide ideas of how to make the workshop productive and creative and more than just a look at the costs associated with annexation. The City Staff is far more qualified to present ideas to make annexation a more realistic proposition than just a set of numbers that make it seem unattainable.  But most of all it will take leadership and the will to make it happen.

I look forward to seeing the ideas they present at the workshop on Tuesday.

To read part one, "The history of South Apopka," go here.

Mayor Nelson: For the sake of Apopka, it's urgent that you lead