Youth offenders and the collateral damages of an arrest record; Lawmakers approve changes 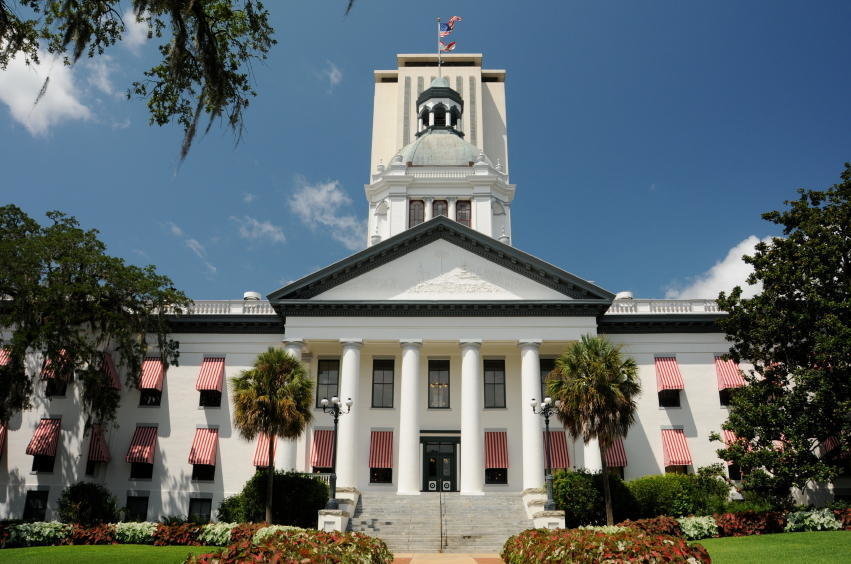 Passing the juvenile diversion expungement bill is great progress! It’s a smart policy that would assist many Florida youths in overcoming the collateral damages of an arrest record, all the while safeguarding public safety.”
Tachana Joseph-Marc, Florida Policy Institute
By Issac Morgan, Florida Phoenix

Last June, Gov. Ron DeSantis vetoed a bill related to expunging juvenile arrest records through what’s called diversion programs. The governor felt that young offenders should not be in those programs if their crimes are serious.

Now, state lawmakers have approved a bill this session that would allow juveniles to get into diversion programs if they have not been charged with “forcible felonies,” such as murder or sexual crimes, or felonies related to the sale, use or possession of firearms.

The aim is to keep troubled youths out of prison and expunge arrest records that could give kids a chance for job opportunities and advanced education. Advocates have been fighting for this kind of juvenile justice reform for years.

Currently, most of the diversion programs involve misdemeanors, with certain felonies allowed. In this case, “forcible felonies” would be excluded in the 2022 legislation.

The House and Senate agreed with the bill, HB 195, and it is headed to the governor’s desk for his consideration. But will DeSantis offer his stamp of approval this year?

The bill would require the Florida Department of Law Enforcement to expunge a minor offender’s nonjudicial arrest record after completing a diversion program aimed at diverting youths from going to prison.

Minor believes DeSantis will not veto the bill once it reaches his desk. “We feel the governor will be confident to put his signature on it,” Minor said.

“We met with the governor and his staff and are confident that he is comfortable with this language.”

In DeSantis’ veto letter last year, he expressed concern “that the unfettered ability to expunge serious felonies, including sexual battery, from a juvenile’s record may have negative impacts on public safety.”

But now state lawmakers are pushing for juvenile offenders to be able to expunge a nonjudicial arrest record for any offense except for forcible felonies, such as murder or sexual crimes, or a felony related to the sale, use or possession of a firearm.

Meanwhile, forcible felonies, in the bill, include a variety of offenses that would prohibit a minor from expunction of arrest records. Some of those offenses include treason, murder, manslaughter, sexual battery, burglary, arson, kidnapping and robbery.

She added: “The FPCA strongly supports the use of diversion programs for nonviolent juvenile offenders but does not support juvenile diversion expungement programs for those who commit violent forcible felonies. We were pleased to see that issue addressed in this year’s bill.”

Tachana Joseph-Marc, policy analyst at the Florida Policy Institute, said in an email to the Phoenix Tuesday:

“Passing the juvenile diversion expungement bill is great progress! It’s a smart policy that would assist many Florida youths in overcoming the collateral damages of an arrest record, all the while safeguarding public safety. Too often, these youths are having to settle for less or are hindered altogether from certain economic and academic opportunities due to their records. Having youths with the ability to achieve their highest potential will help our state thrive socially and economically.”

According to a legislative analysis, a minor offender seeking expunction of an arrest record has the option to complete various diversion programs, including civil citations, a prearrest or post-arrest diversion program, community arbitration or a neighborhood restorative justice program.

In early February, the Senate Committee on Appropriations unanimously approved the measure, with several endorsements from organizations, such as Florida Rising and ACLU Florida. State Sen. Jason Pizzo of Miami-Dade, told committee members in the meeting that “it’s a good bill and I hope you support it, and it doesn’t get vetoed.”

As previously reported by the Florida Phoenix, some diversion programs aimed at diverting youths from going to prison already include at least some felony offenses.

For instance, last year, a youth diversion program in Broward County had enrolled certain minors with felonies, according to PACE Center for Girls Broward. PACE offers programs through education, counseling, and other services for young girls in middle and high school.