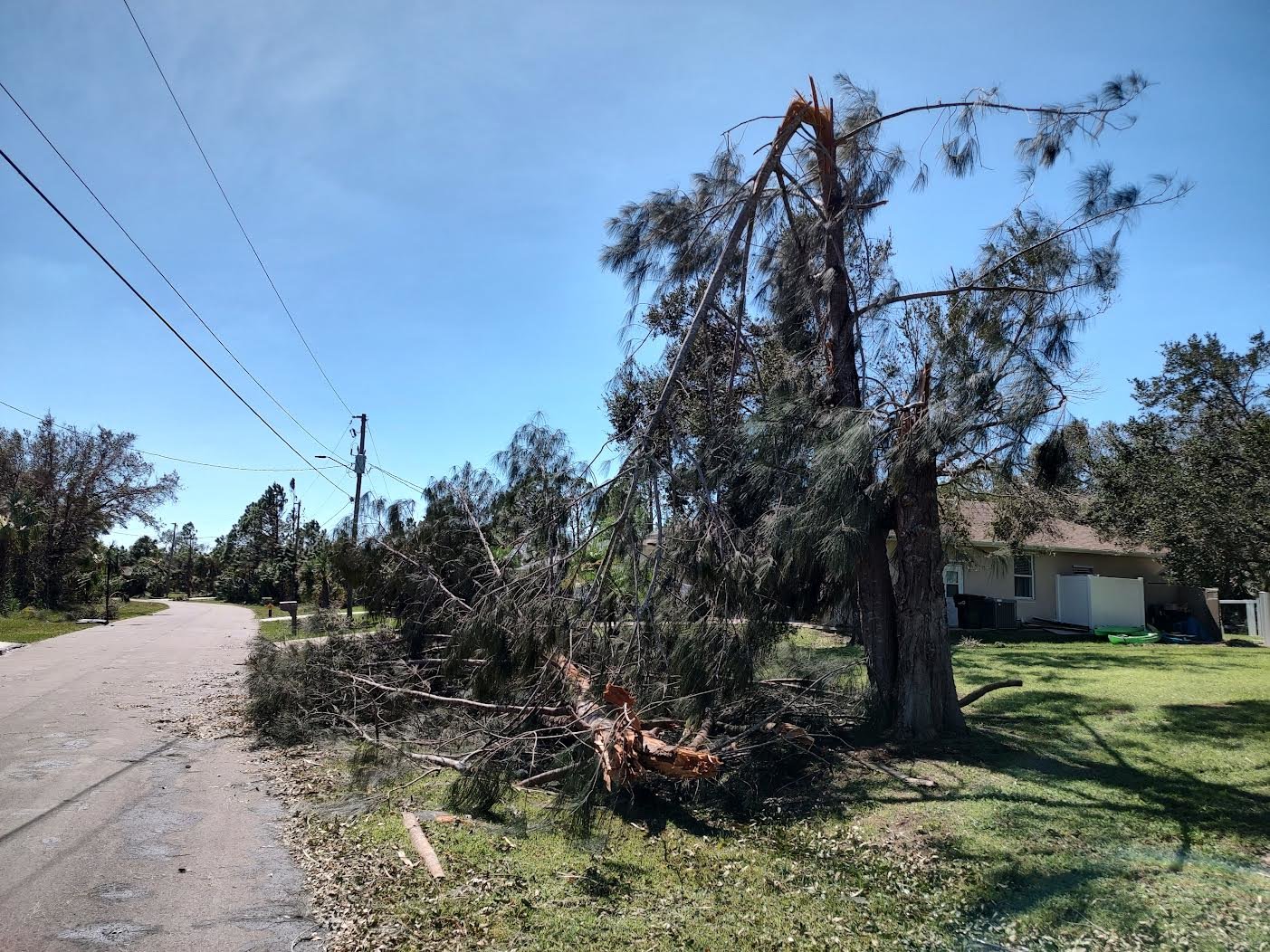 Following the destruction caused by Hurricane Ian that swept through the state in late September, Florida is getting more help in the holiday season: Additional federal grants for recovery efforts and debris removal.

As the White House put it on Monday, President Joe Biden “made additional disaster assistance available to the state of Florida by authorizing an increase in the level of federal funding for debris removal and emergency protective measures” because of Ian, from Sept. 23 to Nov. 4, 2022.

The period for 100 percent federal funding for those efforts has been extended for another 15 days, through Dec. 7, according to the White House press release.

Biden and First Lady Jill Biden had visited the Southwest region in early October when the Category 4 storm made its way through the state, bringing a swath of destruction and dozens of deaths.

At the time, Biden promised to use the federal government's power to rebuild the region.

“I want the people of Florida to know – you have my commitment and America’s commitment that we’re not going to leave,” the president said in his concluding remarks at Fisherman’s Wharf in Fort Myers Beach. “We’re going to see you through this entire process. And it’s going to take a hell of a long time,” the Florida Phoenix reported.

So far, funds provided to the state of Florida and Florida families through the Federal Emergency Management Agency (FEMA) have been about $2.97 billion, according to a Monday press release from the agency.

Temporary housing assistance is still available through FEMA. As of Monday, almost 2,000 households have received temporary housing through the program, resulting in some 4,430 individuals benefiting from the support.

The housing assistance also includes support for Hurricane Ian survivors in Charlotte, Collier, DeSoto, Hardee, Lee, and Sarasota counties, including some of the storm's hardest-hit areas. Some families in these areas lost their houses to the damage and flooding from the storm, making them currently uninhabitable, the Monday FEMA update says.

The U.S. Small Business Administration has also approved $1 billion for “low-interest disaster loans” to go out to homeowners, renters, and business owners.

In addition, on Monday, “FEMA announced that additional disaster assistance is available to the Seminole Tribe of Florida by authorizing an increase in the level of federal funding for debris removal and emergency protective measures undertaken as a result of Hurricane Ian, beginning Sept. 23, 2022, and continuing.”

And, “the time period for 100% federal funding for debris removal and emergency protective measures, including direct federal assistance, has been extended for an additional 30-day period through Nov. 22, 2022.”

Meanwhile, Florida Agriculture Commissioner Nikki Fried recently called on Gov. Ron DeSantis to make sure all first responders receive bonus pay and to push the Florida Legislature to designate 911 operators as first responders under the law. The press release was sent out Monday, though Fried’s letter is dated a week earlier.

In a letter sent to DeSantis on Nov. 21, Fried said:

“In October, you stood with Department of Economic Opportunity Executive Director Dane Eagle on Sanibel Island to present $1,000 checks to first responders assisting in Hurricane Ian recovery efforts,” Fried said in her letter to the governor.

The 911 operators did not receive bonuses because they are not considered “first responders” by state statute, even though they are often the first line of communication to emergencies such as Hurricane Ian, the Tampa Bay Times previously reported.

“It is my hope that the bills which have failed in the Florida Legislature to designate 911 operators as first responders will be passed in the upcoming legislative session,” Fried said in the letter.

Fried also wants personnel with the Florida Department of Agriculture who helped with recovery to receive compensation for their efforts in hurricane response, including forestry services personnel and agriculture law enforcement officers.

Over 7,000 Florida households approved for flood insurance policies through FEMA