State can access all $15.7 billion in relief from US Education Department 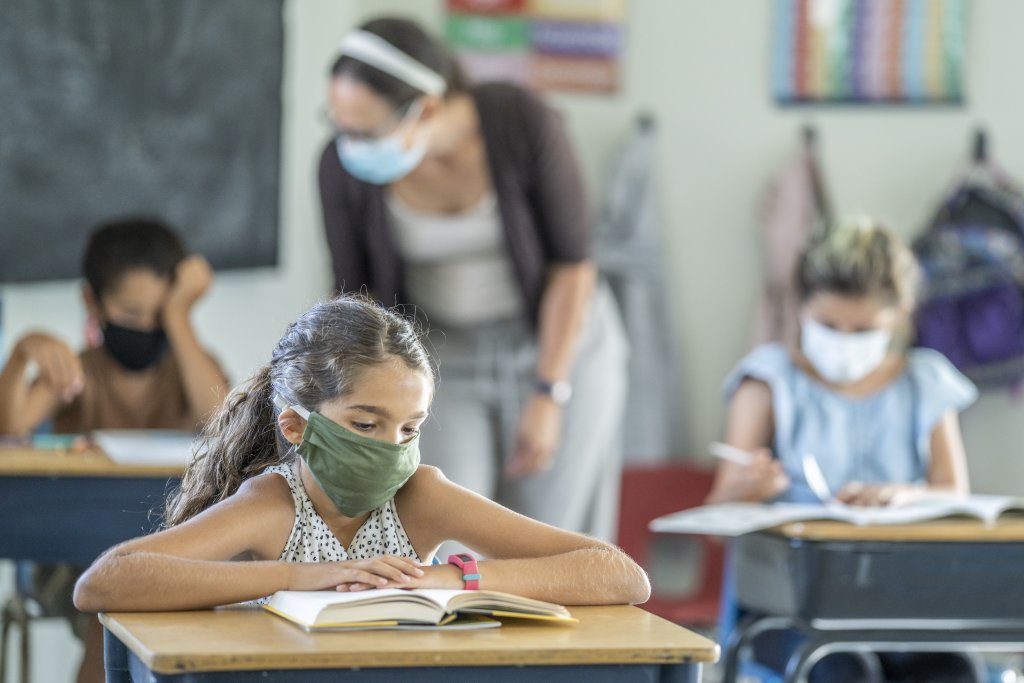 Stock photo from Getty Images.
Posted Sunday, January 23, 2022 7:47 pm
What can Florida schools do with the funding?

The money can be used to address hiring tutors to account for learning loss, providing mental health support for students suffering from anxiety, depression, and other concerns, giving bonuses to staff and educators for additional work during the pandemic, and other measures.

The US Department of Education approved Florida’s plan outlining how the state will use COVID-19 relief funds to help schools recover from the impacts of the pandemic, releasing the final $2.3 billion dollars for the projects.

The approval came after months of delays. Florida and other states were supposed to submit a COVID plan for schools by June 7, but Florida didn’t get its plan into the USDE until Oct. 6, well into the new school year.

“Would have been nice if the Florida Department of Education would have gotten that plan in sooner like they were supposed to,” said Andrew Spar, president of the Florida Education Association, a statewide teacher union. “But we’re glad that the money has been sent, and now we just need to get it to the districts.”

Next, a USDE press release on January 7th said Florida’s state plan had been approved.

Florida now has access to some $15.7 billion in federal dollars, earmarked for the state to help schools recover from COVID over the next couple of years.

The U.S. Department of Education reports that Florida has spent about $4.67 billion of the total $15.7 billion available now, but that may not be an accurate reflection of how money has been spent by the state. For one, the financial report on the COVID plan is dated Nov. 30, 2021, and the USDE appears to update the website every two months.

The money can be used to address hiring tutors to account for learning loss, providing mental health support for students suffering from anxiety, depression, and other concerns, giving bonuses to staff and educators for additional work during the pandemic, and other measures.

In March 2021, the Biden administration announced that $122 billion dollars were available for schools, with two-thirds of the money immediately available to states and the remaining third contingent on the U.S. Department of Education’s approval of a state plan indicating how the funds will be used.

At that time, more than $7 billion was allocated to Florida from the American Rescue Plan, but only $4.7 billion was immediately available to the state.  The remaining $2.3 billion was contingent on the USDE’s approval of Florida’s state plan. Other states got different amounts.

The American Rescue Plan funds from the Biden administration added on to previous federal relief efforts implemented under the Trump administration. That leads up to the $15.7 billion in COVID relief funds designated to assist Florida schools over the course of the pandemic.

But until late December, only about $13 billion was available to the state, because the state plan was not approved yet and did not have access to the $2.3 billion.

That’s partly because the Florida Department of Education missed the deadline to submit the state plan on June 7. When Florida submitted the plan on Oct. 6, it was the last state to do so.

Spar, with the FEA, said that some districts are already spending relief funds on measures to address COVID in schools.

“It’s not uncommon for districts to spend money based on knowing that dollars are coming,” Spar said.