Under Carnesale, the fire department grew in line with the city it serves 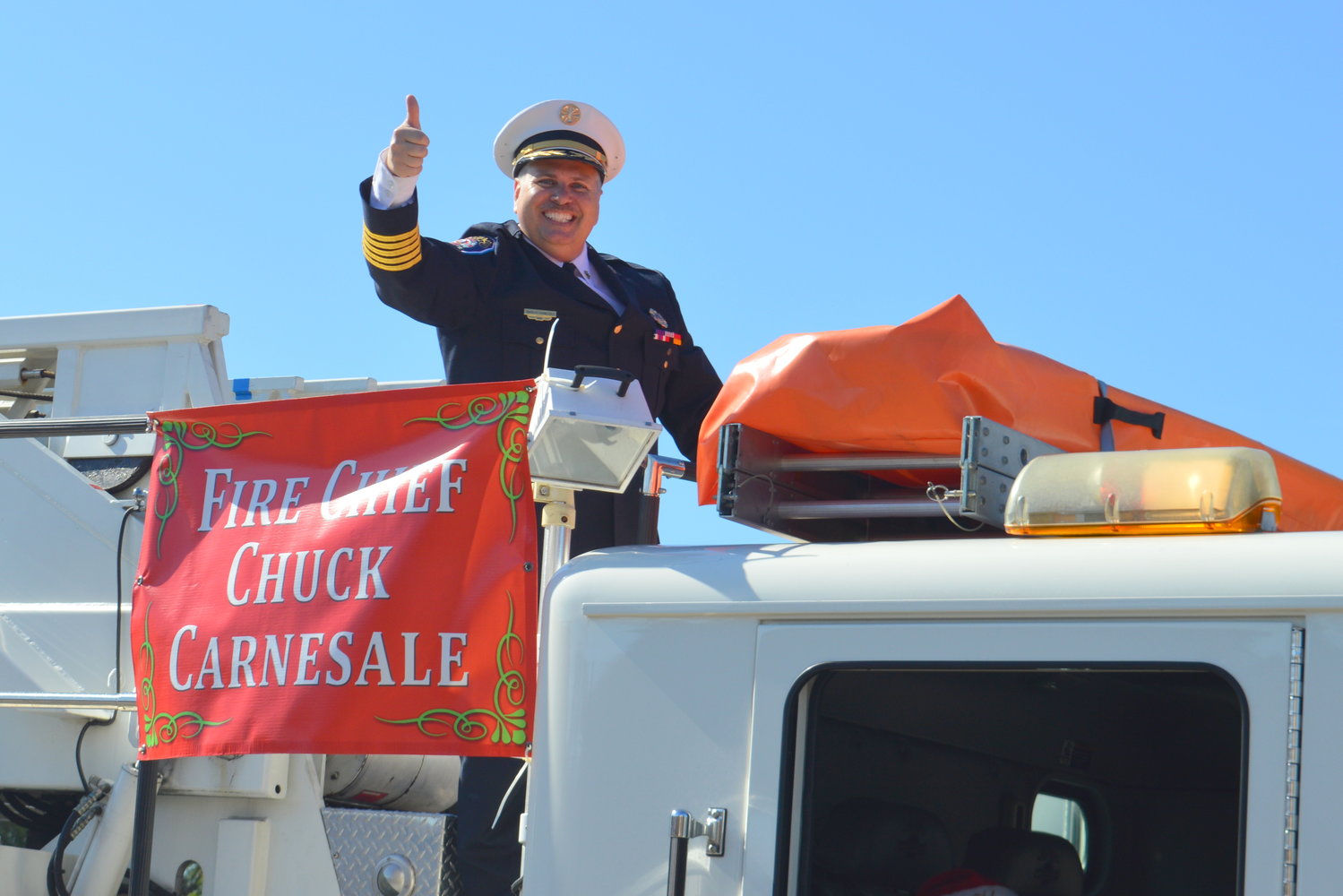 On Friday afternoon, a firefighter's watch will end.

Chuck Carnesale, a man who has "worked every job" at the Apopka Fire Department before being promoted to its fire chief in 2016, will retire after only three years as its leader, but over 30 years in its service.

"I have had the opportunity to work with some of the most talented, gifted and dedicated individuals," Carensale said in his farewell email to the AFD. "I couldn’t be more proud of all of you as I am today. In just three short years we’ve accomplished so much together as a team, and prepared our great city for the next phase of its growth."

During his brief tenure as fire chief, Carnesale took an innovative, groundbreaking, and collaborative approach that had the department growing at a pace with the city it serves. On his watch, Carnesale opened two new fire stations and brokered a deal with Orange County to take over one of their territories just outside of the Apopka city limits.

Fire Station #5 was the first fire station opened in Apopka in 20 years, and it has significantly improved emergency response times to the largely residential areas of northwest Apopka and also handles vehicle accidents along Wekiva Parkway and State Road 429. The opening of Fire Station #5 cuts an estimated six minutes off of emergency responses to Rock Springs Ridge, Oak Ridge, Wekiva Run and other nearby neighborhoods.

“Obviously, our growth in city limits is to the north and Station #5 is perfectly set to handle those demands,” said Carnesale. “Response times have reduced by more than 50% from where they were before Station #5. Housing developments are springing up everywhere. Fire Station #5 will serve this community well, cut down on response times, and save lives.”

In the temporary Fire Station #6, the AFD converted a 2,000 square foot construction trailer and additional space on the hospital property into a temporary fire station that will house nine firefighters (three at a time working 24-hour shifts), and a fire truck until Fire Station #6 is completed. According to Carnesale, and research done by The Apopka Voice, this may well be the only fire station operating on a hospital property anywhere in the United States.

Two commissioners who voted to ratify Carnesale as chief in 2016 were quick to praise his service.

"I’ve not had the opportunity to speak with him, but I can say that no one has a bigger heart or has been more devoted to serving the city," said City Commissioner Doug Bankson. "I will definitely miss Chief Carnesale, and appreciate his Apopka first spirit and the sincerity in which he approached his job. You couldn’t get near him without sensing that he loved serving the AFD and the citizens of this community. I wish him all the best moving forward.”

"It's a sad day in Apopka," said City Commissioner Kyle Becker. "I am proud that I had a small part in his ratification as Chief, his dream job. I wish he could have performed longer, as he brought a great deal of pride and happiness to a lot of people, myself and my family included. Thank you, Chuck."

Despite the speculation, investigations and rumors over the last few months, Carnesale is taking ownership of his retirement.

"My decision to retire was based solely on me wanting to concentrate more on my own well-being and spending more time with my family in NY," he said. "I made it to my 30 years full time last week and that was my mental goal. I want to thank the Apopka Community for all their continued support and words of encouragement. To my firefighters, thank you for believing in me and always remember, I will always be available to them. Stay safe and may God continue to watch over them and our great city."