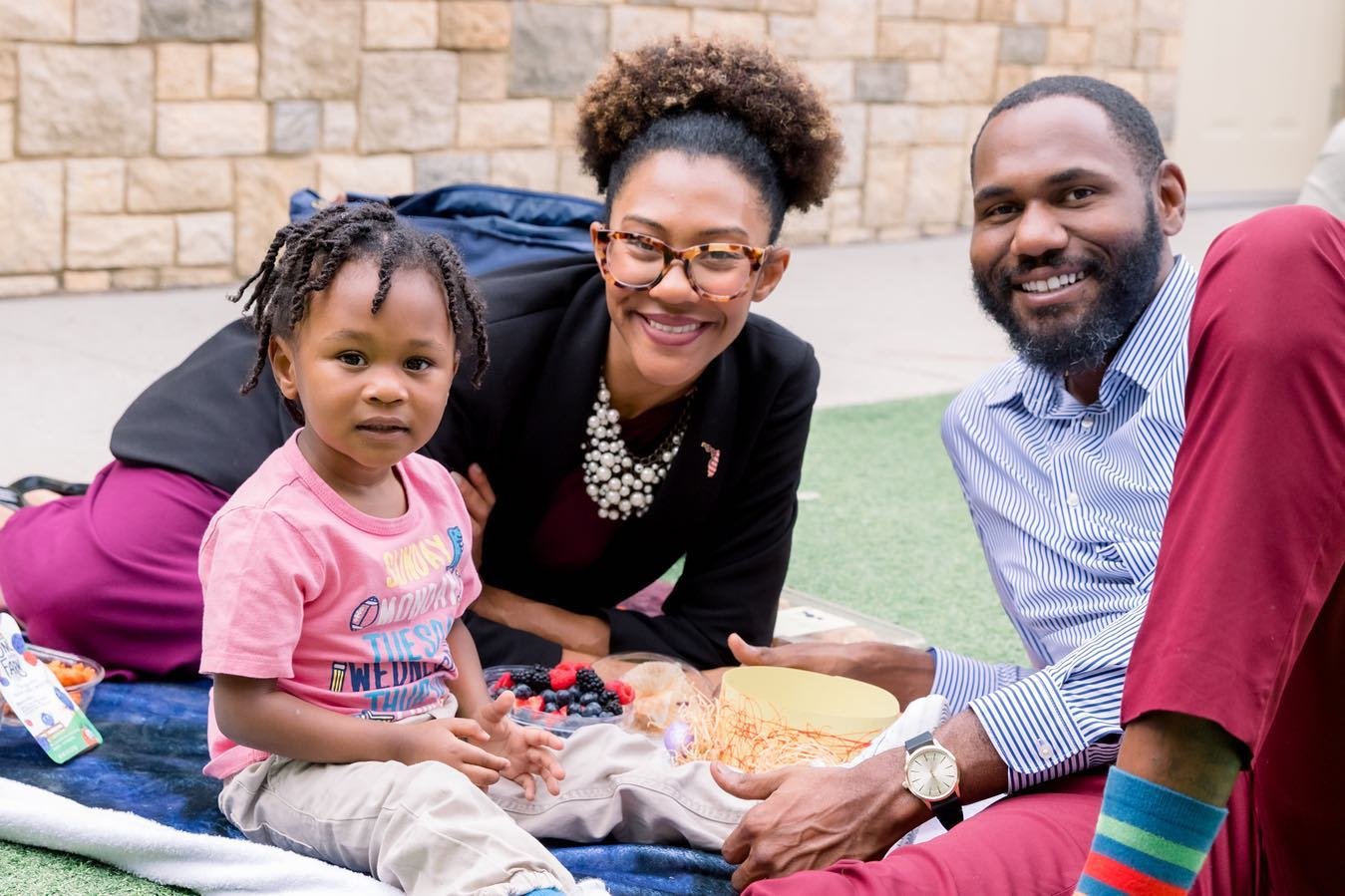 Editor's Note: This is a feature written about Tiffany Hughes, a candidate for Florida House District 39, by The Apopka Voice Managing Editor Reggie Connell. The feature was published on April 17th and is being republished on Election Day.

Tiffany Hughes is used to challenges.

As a 31-year-old business-owning African-American daughter of immigrants from St. Vincent, it comes with the territory. But her entry into the Florida House District 39 election has definitely turned heads.

In April 2021, Hughes was elected the 25th President of the Orange County NAACP, the youngest in its 93-year history. She was also named an Orlando Business Journal 40-under-40 honoree. Then in 2022, both Ruth's List and the Democratic Party of Florida approached Hughes about a new challenge. 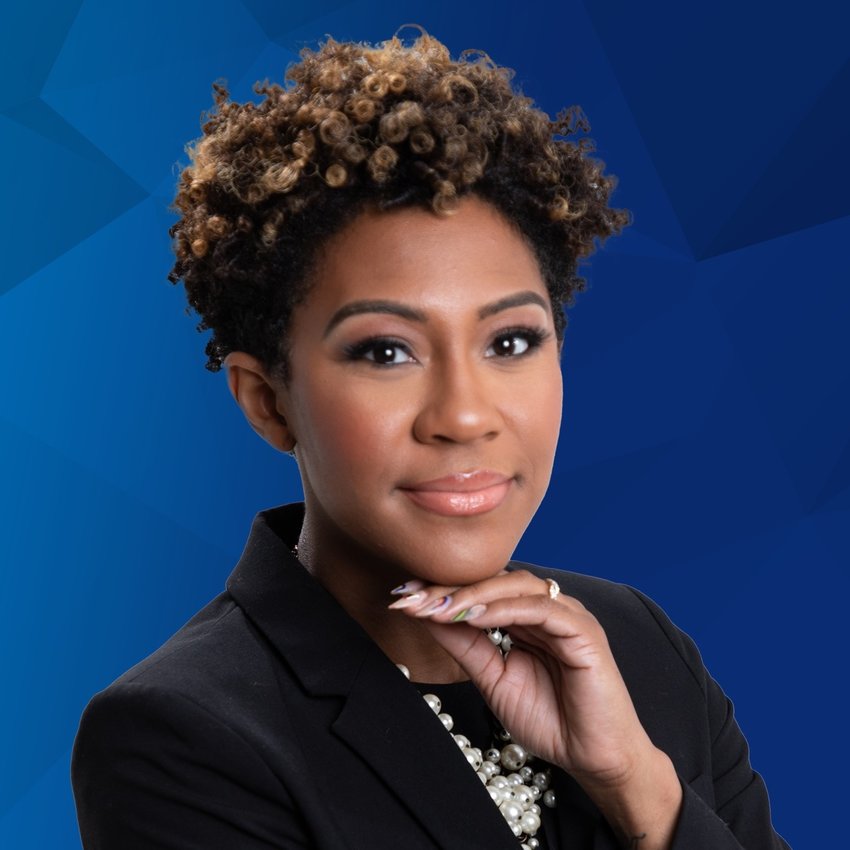 Tiffany Hughes is running for the Florida House District 39, which includes all of Apopka.

According to its website, Ruth's List Florida "helps women run inspiring campaigns that WIN. We recruit, train, and support Democratic pro-choice women to state and local office in Florida," it states.

Ruth's List and the Democratic Party of Florida endorsed Hughes on March 1st when she announced her candidacy for District 39.

"I am working closely with Ruth's List and the Democratic Party of Florida," she said. "So the infrastructure of the campaign team is solid, and I feel great about it."

District 39 is brand new to the Florida Legislature. In redrawing its maps for the Florida House, it's a district created from parts of those formerly held by Representatives Kamia Brown (45th), Scott Plakon (27th), and Keith Truenow (29th).

"I'm the voice I don't hear enough of in the Florida Legislature. Someone who's a business owner, a mother, and a wife who can understand the nuances of a diverse community."

There is no incumbent for 39, but this is an Apopka district at its core. All of Apopka, including unincorporated South Apopka, is part of the 39th. That makes up the majority of voters, so it stands to reason that the ultimate winner will need a solid connection to Apopka.

Hughes, a Longwood resident who owns a business in Orlando, isn't dissuaded and plans to make Apopka her home away from home in the coming months.

Hughes, the owner of KBI Staffing Solutions, believes that a community revolves around its small businesses. But why does a 31-year-old Orlando business owner from Longwood want to represent this district?

"I'm the voice I don't hear enough of in the Florida Legislature," she said. "Someone who's a business owner, a mother, and a wife who can understand the nuances of a diverse community."

According to voter rolls, District 39 will be a battleground where the number of registered Democrat and Republican voters is about even. There aren't a lot of contested districts in the legislature, but Hughes thinks that's what this area needs.

"Knowing that Apopka is the second-largest city in Orange County, I thought it was smart to make it one cohesive district," said Hughes. "District 39 is necessary for getting a collective community voice translated to Tallahassee."

"I'm talking to voters about what's keeping them up at night, because that's what we want to translate to Tallahassee."

But even if Hughes gets to Tallahassee, what can a first-term Democrat from a brand new district get accomplished in the Republican-dominated Florida Legislature?

Hughes drew on the wisdom of Rep. Geraldine Thompson, a veteran member of the Florida Legislature currently representing District 44, for advice.

"She told me to find the bills that closely align with your community's needs," Hughes said. "It doesn't matter whose name is on it or who gets the glory as long as your community gets what they need. Then, make a friend and figure out how to fit pieces of what you need into someone else's bill. And that's what I'm taking to Tallahassee. It does not matter how we get it done as long as it's feasible and reasonable. But the fact is, I need my community to be supported and have the things it needs. So I'm taking that mindset with me."

And which Republicans will she befriend? Hughes is casting a wide net.

"Everyone," she said with a smile. "We may be on different sides of the aisle, but that doesn't mean we can't get things done together. I like to say there are no foes in the community where you work. So if we can work together to get things done for my community, let's get it done. I know that we will not agree on everything. But I'm confident that we can agree on some things. And on those things, let's move them forward."

Apopka is coming out of an election cycle where the issues were clear. But the challenges for a city council may differ from what is possible in Tallahassee. So what will Hughes advocate for in the legislature on behalf of Apopka and District 39?

"In many rooms, I'm the youngest, or I'm the only woman, or I'm the only African American. None of that plays a role in how I best communicate a point or feel confident in a room or get to know everyone, get engaged, and learn to love the people around me."

Hughes would also like to improve housing and healthcare for Apopkans and the residents of District 39.

"We know that Florida is in a housing crisis," she said. "I like to say that when our college students come home, they should not have to live in their high school bedroom if they want to move back to Apopka. We need to create a more realistic housing market. So certainly, housing affordability and health insurance. But COVID is still here. Our healthcare system is fragile. It is important to be healthy and have access to affordable health insurance and what that looks like to our communities. I don't know any small business owners who would say, 'I don't want to offer people health insurance', but we do say that it's costly to do so. And how can I advocate for small business owners and our community members to make sure that there's an environment where health insurance is more readily available? That's a priority for me."

Being a newcomer to Apopka politics, Hughes plans to be aggressive about connecting to the voters in District 39.

"The field game is vital," she said. "Knocking on doors, meeting community members, and talking about the issues are still very important, no matter what type of election or seat you're running for. Connecting with voters is still at the top of the list. That's how we're running this election. We are using every single opportunity to connect with voters."

Hughes has a core question to gauge what's vital to voters, whether they are in Apopka, Longwood, Altamonte Springs, Winter Garden, or any part of the district.

"I'm talking to voters about what's keeping them up at night, what's keeping us up at night? Because that's what we want to translate to Tallahassee. Those are the pieces of legislation that we need to change or move or work with someone across the aisle to move forward."

And like her goal of making friends in the legislature, her doorknocking goals for voters in District 39 are lofty.

"I want to knock on every door in District 39, but we will certainly do our best to get to as many as we can."

Hughes recognizes the possibility of an uphill battle to win District 39, but fortunately, she has the attitude of a mountaineer. And although she is new to Apopka, she's not new to being new.

"As a daughter of immigrant parents, you become very comfortable in what some people would call an uncomfortable situation. In many rooms, sometimes I'm the youngest, or I'm the only woman, or I'm the only African American. None of that plays a role in how I best communicate a point or feel confident in a room or get to know everyone, get engaged, and learn to love the people around me. I look forward to serving the community of District 39, serving the community of Apopka, and jumping in headfirst."

Proposed constitutional amendments were popular, but not popular enough