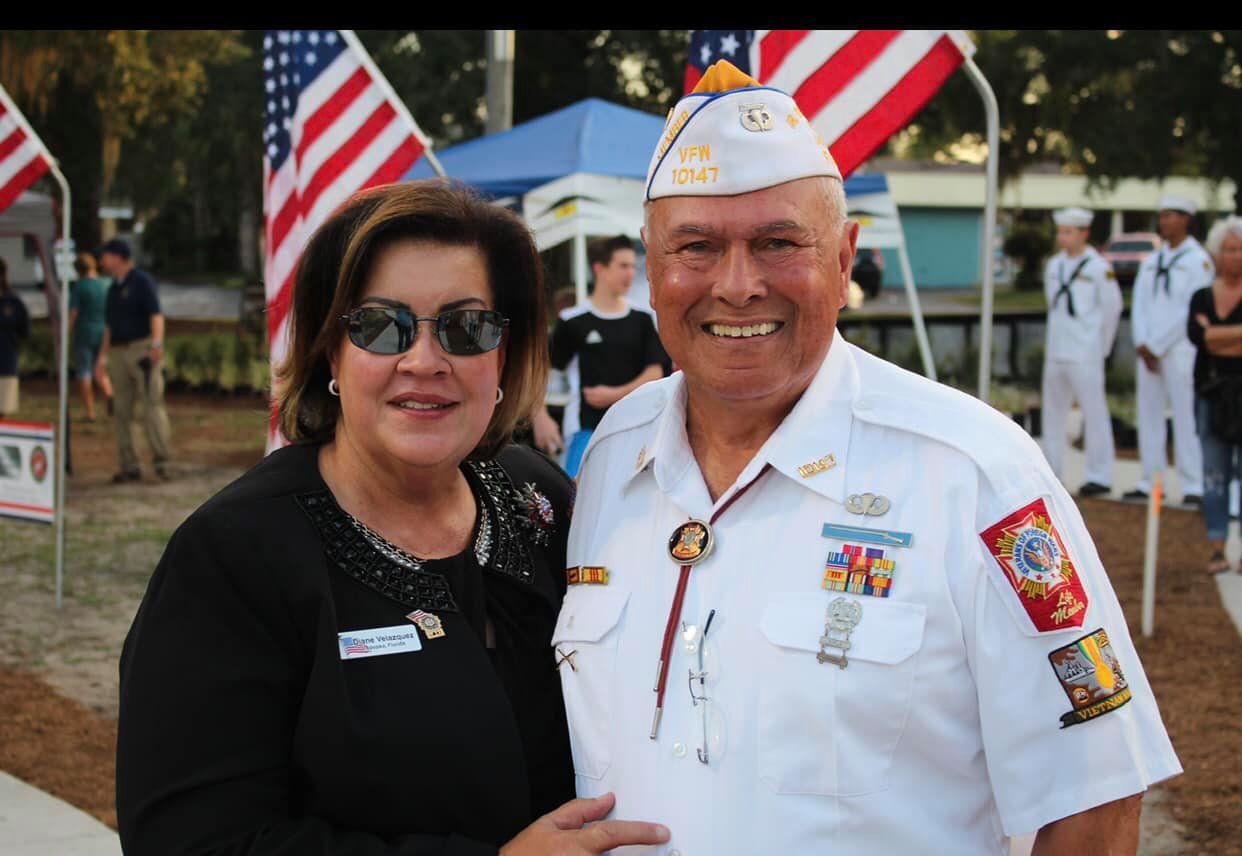 In November, Commissioner Diane Velazquez will add a new title to her resume - Madam Vice Mayor of Apopka.”
By Reggie Connell, Managing Editor

Molly Brown was an American socialite and philanthropist in the early 20th century. Brown spent the first months of 1912 in Paris, visiting her daughter until she received word from Denver that her eldest grandchild, Lawrence Palmer Brown Jr., was seriously ill. She immediately booked passage on the first available liner leaving for New York - the RMS Titanic.

The Titanic sank on April 15th, 1912, after striking an iceberg. During the evacuation, Brown helped others board the lifeboats but was finally persuaded to abandon the ship. But even after boarding a lifeboat, Brown tried to encourage the crew to return to the debris field to look for survivors.

The winner? By a large margin it's the unsinkable Diane Velazquez.

And while Molly Brown survived the Titanic sinking, Velazquez recovered from a wave election in 2018 that saw three new members sworn in on the Apopka City Council. Losing an election is a blow that would keep most from returning to the political ring.

But Velazquez took a different path.

"When I lost, I stayed involved, because I care about the city," she said. "It allowed me to work more and to really participate in the things I enjoyed. I love Kiwanis. I love being in the schools. I love working with young people."

She also extended her portfolio when she accepted an appointment to serve in Orange County Government.

"I was given an opportunity by Christine Moore to serve at the county level with the Planning and Zoning Commission," she said. "That opened up a door for me to understand true government procedures behind the scenes."

The Planning and Zoning Commission is an Orange County advisory board that reviews requests for changes in zoning classifications. Velazquez embraced the opportunity and dove headfirst into the new challenge.

"For two years I never missed a meeting," she said. "I really worked hard on it. I remember getting my agenda books... and they were big. At meetings, I would sit there and spread out... and the other commissioners would ask, 'do you actually read all of that?' And I said, 'yeah, I don't just read district two.' I read district one, district three, all of them...because you learn. My vote is important, even in those districts. So it was important for me to understand the needs of those communities. I take my votes seriously."

Velazquez also served in the New York City Police Department at a time when females were not as accepted as they are today. She was one of the trailblazers in that department, and she hopes to lead the next generation of girls by her example.

"I did 20 years in the New York City Police Department when women were not on patrol... when women were the real minority in the department. And when people asked me why, it's because I want young girls to see that there is an opportunity. I'm tired of telling people 'you can be anything you want to be'... bring them somebody that is there that they can see for themselves. And I think I bring that. I know I bring that to young girls... to young Hispanic girls and even teenagers and women. I feel if I can share that with others, that for me is worth more, someone can see for themselves where I'm at, then they can follow."

And in November, Velazquez will add a new title to her resume - Madam Vice Mayor of Apopka.

After announcing his intention to run for the Florida House, Commissioner (and current vice-mayor) Doug Bankson will step down from the Apopka City Council in November.

According to the Apopka City Charter, "the vice-mayor will be the senior commissioner and shall serve as chair of City Council meetings in the absence of the mayor."

Based on years of service on the Council (six), Velazquez is the senior member among the commissioners and will be named the vice-mayor once the new Council is seated after the general election and the resignation of Bankson.

Velazquez will be the second female vice-mayor in Apopka's history. The first woman to serve on the Apopka City Council (from 1954-67) and as vice-mayor was Myrtle Womble.

In this month, dedicated to women's history, The Apopka Voice proclaims that Commissioner Diane Velazquez has kept the trail ablaze, just as Molly Brown, Myrtle Womble, and many other historic women before her. Congratulations, and thank you for your continued service to Apopka.