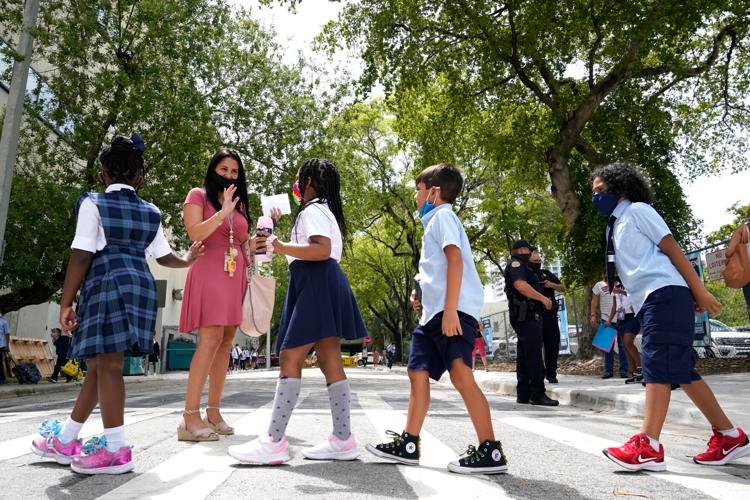 Florida cannot enforce its mandate against mask mandates unless it successfully appeals a ruling that the policy is unconstitutional.

Leon County Circuit Judge John Cooper on Wednesday granted a motion to vacate the automatic stay that the state secured when it appealed his ruling that Governor Ron DeSantis overstepped his authority in issuing a June 30 executive order that allowed parents to ignore universal mask policies adopted by school districts and penalized school boards that imposed them.

After issuing an August 27 oral ruling that didn’t stay the state from enforcing its prohibition on mask mandates, Cooper delivered a 37-page written order September 2 that it from implementing DeSantis’ order, which was based on House Bill 241, the Parents’ Bill of Rights Act, adopted by lawmakers during their 2021 session.

Immediately after Cooper posted his written order, state attorney Michael Abel filed a motion for appeal with the 1st District Court of Appeal in Tallahassee, securing an automatic stay of the ruling.

The state’s Department of Education (DOE) announced, despite Cooper's ruling, it would continue to hold offending school boards responsible. On August 17, the state Board of Education (BOE) agreed to withhold funds equal to the amount of board member salaries from the Alachua and Broward county boards.

Wednesday’s hearing was requested by plaintiffs’ attorneys who argued the stay on Cooper’s ruling while the appeal awaits hearing — up to 90 days — poses “the very real prospect of irreparable harm to the individual plaintiffs.”

Cooper agreed and made it clear: The state’s mandate against mask mandates is now indisputably on hold.

“It’s undisputed that in Florida we are in the midst of a COVID pandemic,” he said. “Based on the evidence I’ve heard, there’s no harm to the state if the stay is set aside.”

Cooper reiterated DeSantis’ order and DOE policies violates the very law they say they are based on.

HB 241, the ‘Parents’ Bill of Rights Act,’ requires districts cede to parents in decisions regarding their children. Under the law, the state cannot “infringe on the fundamental rights of a parent to direct the upbringing, education, health care, and mental health” of a child “without demonstrating that such action is reasonable and necessary to achieve a compelling state interest.”

Cooper cited that last sentence in issuing his ruling, noting DeSantis’ order and DOE policies don’t include it.

“There’s nothing in my final judgment that prevents the defendants from enforcing the full Bill of Rights,” he said Wednesday. “I’m just saying you can’t just enforce part of it. I see no harm to the state in setting aside the stay.”

Before the ruling, DeSantis told reporters in Palm Coast news he believed Cooper would keep the stay in place. Afterwards, however, his office said it was “no surprise” that Cooper lifted it/

“No surprise here that Judge Cooper concluded that he is unlikely to be overruled on appeal. We (unsurprisingly) disagree,” the Governor’s Office said. “Today we plan to file our emergency motion to reinstate the stay, and we anticipate the appellate court will rule quickly, much like during the school re-opening case last year."

In Orange County Public Schools, over 1,400 students are absent and unaccounted for