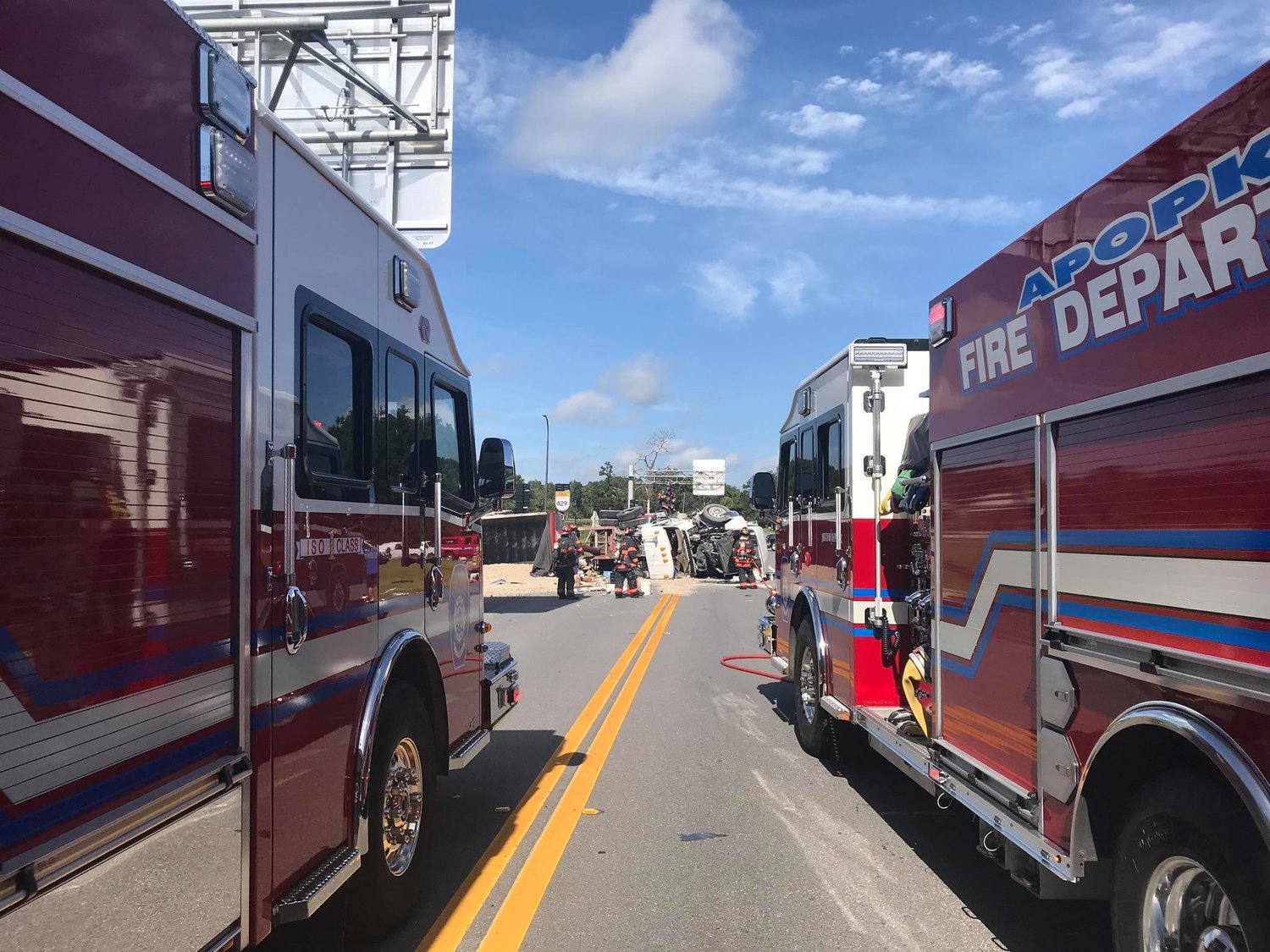 By Reggie Connell/Managing Editor of The Apopka Voice

Apopka Mayor Bryan Nelson told an audience at the April 17th City Council meeting that he had no intention of replacing fire chief Chuck Carnesale and that the allegation was a social media rumor. But according to sources with knowledge of the inner workings of the Apopka Fire Department AFD) and Apopka City Hall, plus employees of the City speaking on condition of anonymity, it appears Nelson may have had a plan to remove Carnesale, and was taking the initial steps to introduce a new fire chief, as early as December of 2018.

Through public records requests, and accounts from current and former employees at the City of Apopka speaking on condition of anonymity, The Apopka Voice has constructed a timeline of actions taken by Nelson, City Administrator Edward Bass, Finance Director Jamie Roberson and former Human Resources Manager Tangela Whaley leading up to Nelson's April declaration.

The first instance took place in December of 2018.

Since he became fire chief in 2016, Carnesale has made it a tradition to visit all six fire stations in Apopka on Thanksgiving and Christmas to deliver a smoked turkey and ham to the units on duty that day.

That tradition, however, was interrupted last Christmas.

On that day, according to multiple sources with knowledge of the visits, Nelson and Deputy Fire Chief Sean Wylam made the rounds to the fire stations instead, without informing Carnesale of their intentions or inviting him to come along.

The reason for the surprising omission became apparent to Carnesale at his employee evaluation with Whaley and Bass on January 9th, 2019. According to a source with knowledge of the event, and one city employee speaking on the condition of anonymity, Carnesale received his third-straight "excellent" rating as Chief - a perfect score of 60 was confirmed in a public record request of Carnesale's 2018 evaluation. But then Whaley followed the evaluation with this statement:

A stunned Carnesale looked to Bass for an understanding of this shocking news, but Bass did not offer any specifics.

"I don't agree with it," he said. "But 'people above me' want to go in this direction."

According to the Apopka City Charter, the only person above the city administrator is the mayor.

Sources inside city hall speaking on condition of anonymity and multiple sources close to the issue told The Apopka Voice that two to three weeks passed before Nelson met with Carnesale to explain his decision. But Nelson stuck to the same basic message given to Carnesale during the evaluation meeting and did not offer any specifics to the fire chief for his removal.

"We're just going in a different direction," said Nelson. "But I'll give you a recommendation for any school or City you want to go to."

This put Carnesale in the position of officially being the fire chief, but also knowing that the administration wanted to replace him. And that precarious position began to take form the following month when the budget talks began.

In February of 2019, according to multiple sources with knowledge of the event, Nelson invited department heads to a March 19th barbecue held at his house to open the budget discussions - except for Carnesale. It was also confirmed by a March 14th email invitation sent by Finance Director Jamie Roberson to department heads, and to Wylam, but not to Carnesale.

When Carnesale asked Bass about not being invited, Bass said:

"That's how Nelson wants it."

Then, on March 14th, another budget meeting was held at the Administration Conference Room, according to multiple sources with knowledge of the event, and a city employee who spoke on condition of anonymity. It was also confirmed from an email sent by Roberson on March 9th to department heads except for Carnesale, but including Wylam.

When Carnesale asked Roberson why he wasn't informed, Roberson said:

"I was told who to invite and you weren't on the list."

Through a public records request, The Apopka Voice learned that on March 22nd City Attorney Joseph Byrd emailed a draft separation agreement to Bass that outlined an exit strategy for Carnesale, and sources with knowledge of the event and one city employee speaking on condition of anonymity said that Bass and Carnesale met in April about the separation agreement.

In April, Bass confirmed a meeting with Carnesale but said that no action was taken at the time.

"We have met but did not ask for [Carnesale's] resignation," Bass wrote in an email to The Apopka Voice in April.

A month later, he reaffirmed his assertions in an email response to The Apopka Voice that he met with Carnesale, but denied he did so to seek his resignation.

"Chief Carnesale and I have talked about the current operations and organization of the Apopka Fire Department on many occasions," said Bass. "I did not ask for his resignation."

In April, The Apopka Voice also asked Nelson to confirm, deny, or clarify what was posted on social media about Carnesale's future as Apopka's fire chief.

"No, he is not being fired or asked to resign," Nelson wrote in a text message to The Apopka Voice."

The Apopka Voice attempted to contact Nelson by email on July 23rd and by text message on July 25th about the Christmas visits to the fire stations, the budget meetings, and about his meetings with Carnesale but he did not respond.

Editor's Note: City Administrator Edward Bass was also contacted by email on July 23rd, 24th, and 25th but did not respond to the questions asked. Former Human Resources Manager Tangela Whaley was contacted by phone and by text but chose not to comment to the specific questions asked. Finance Director Jamie Roberson was asked by email today if she knew why Carnesale was left off of the list of department heads to contact for the two budget meetings, but she did not respond. Apopka Fire Chief Chuck Carnesale was contacted by phone but chose not to comment.