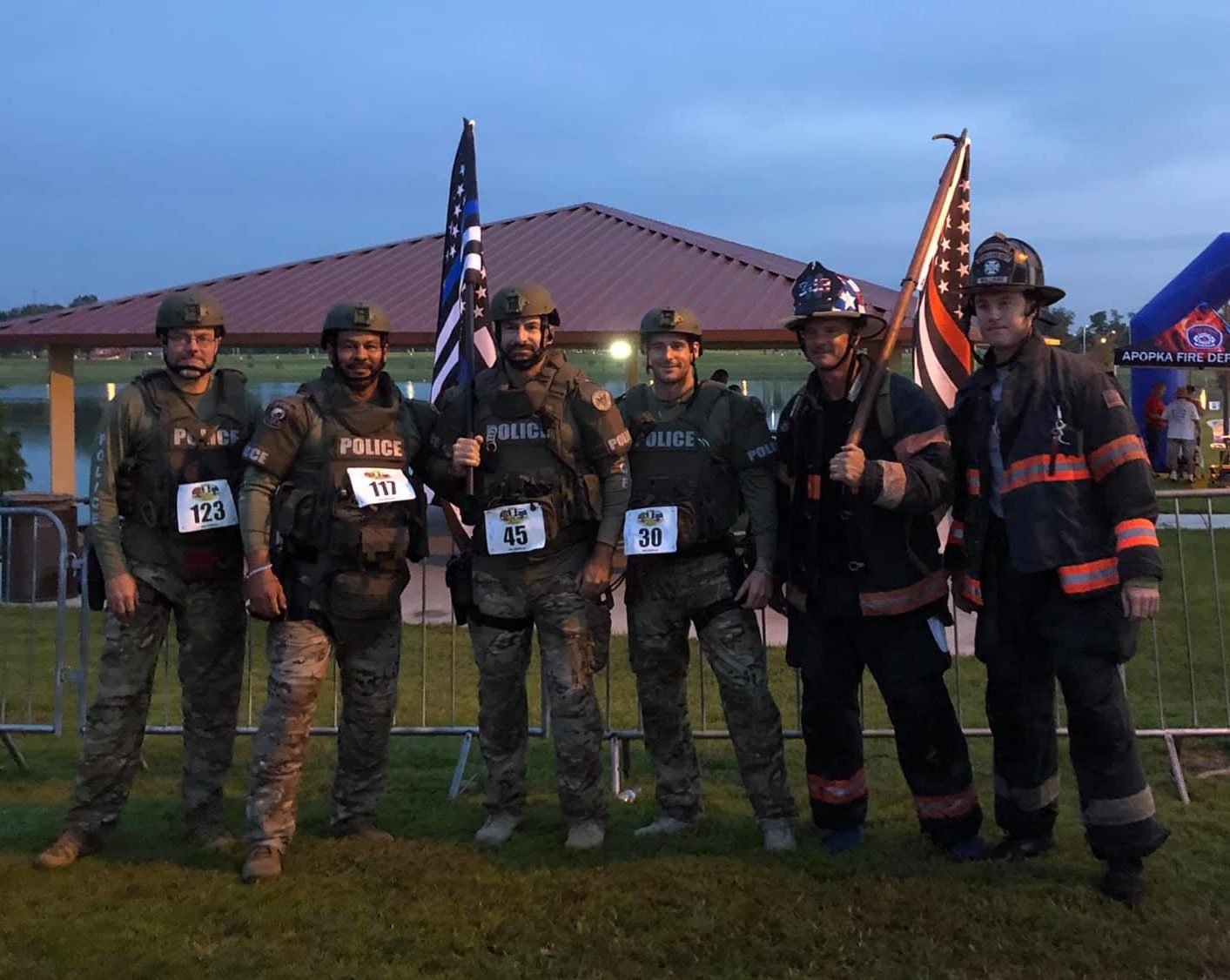 On Saturday, September 11th, 2021, the Apopka community paid tribute to the heroes of September 11th, 2001. Hundreds of residents honored the 2,996 people that died in what was the worst attack on US soil since Pearl Harbor and the deadliest incident for firefighters and law enforcement officers in the history of the United States.

The day began with a 5K run sponsored by the Armando Borjas Jr. Scholarship Foundation. Borjas was an Apopka firefighter who passed away battling stage IV esophageal cancer for two years. During the run, pictures of the 343 firefighters from the FDNY, 37 Port Authority Police officers, and 23 NYPD officers who died in service on 9/11 were placed along the path to honor their sacrifice.

Following the run, the City of Apopka, Apopka Fire Department, and Apopka Police Department acknowledged the 20th Anniversary of September 11th, 2001 with a ceremony to honor and remember the American civilians and fallen Firefighters and Law Enforcement Officers.

Later in the day on the steps of City Hall, the Apopka Christian Ministerial Alliance held a prayer service to honor the fallen.

The 9/11 tributes concluded with a concert at the Apopka Amphitheater that evening called "A Tribute to Heroes" which honored the country, veterans, and first responders with a tribute featuring LOCASH, Donny Lee, Randall Crawford, Adam Cunningham, Brandon Bing, and Country Airways.

A Tribute to Heroes Concert on 9/11 at the Apopka Amphitheater.