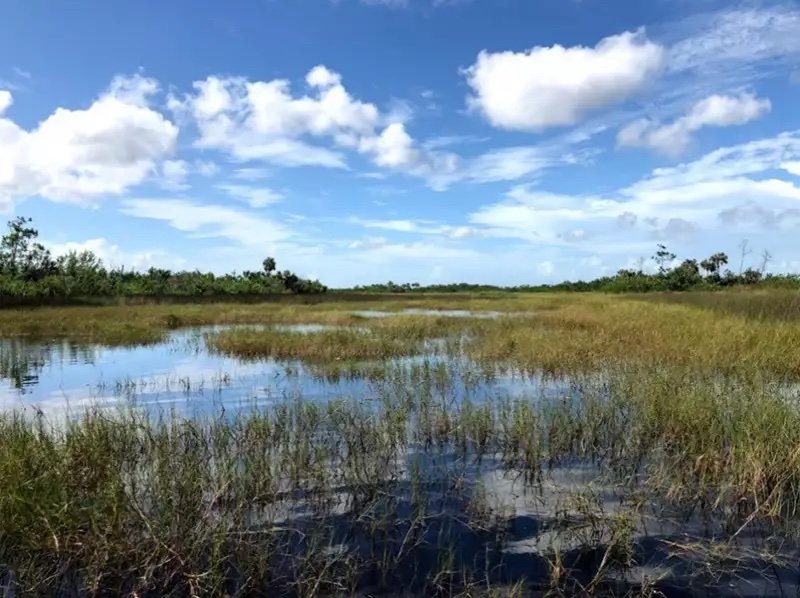 Salt marshes are coastal wetlands rich in marine life. They sometimes are called tidal marshes, because they occur in the zone between low and high tides.
Photo from the Florida Wildlife Commission
Posted Wednesday, August 10, 2022 10:43 pm
By Trimmel Gomes, Florida News Connection

Conservation groups along several states on the East coast stretching from North Carolina to northeast Florida are working through a plan to conserve one million acres of salt marsh nearly the size of Grand Canyon National Park.

When it comes to Mother Nature, state boundaries are non-existent - so environmental groups, scientists, native communities and state and federal agencies are working together on the South Atlantic Salt Marsh Initiative Project.

It's a voluntary, collaborative plan to help states protect channels of coastal grasslands that do more than meets the eye.

Kent Smith - a biological administrator with the Aquatic Habitat Conservation and Restoration Section of the Florida Fish and Wildlife Conservation Commission - said salt marshes are extremely good at sequestering carbon from the atmosphere by forming a thick peat to trap the CO2 in the sediments below.

"They also stabilize the shorelines in coast areas," said Smith. "So they keep sediments in place and they protect properties from the impacts of climate change, sea-level rise, tropical storms, things like that."

Smith said coastal development threatens the natural protections salt marshes provide, and their hope is to spread awareness so communities and developers can work together to protect these natural habitats.

Jim McCarthy - president of the North Florida Land Trust - is part of the initiative and works to buy salt marshes to preserve and protect them. He said manmade solutions to protect areas from things like storm surges don't always work.

He said one example is in Jacksonville, where marsh grasses were taken out of an area and replaced with concrete bulkheads. He said that was disastrous during Hurricane Irma.

"And as the St. Johns River turns east," said McCarthy, "it literally went over its banks because there is nothing to make the energy out of it and there is nothing to absorb it, if you will, as there would be if you had had natural marsh grasses. "

The National Oceanic and Atmospheric Administration estimates that the U.S. loses 80,000 acres of coastal wetlands, including salt marshes, each year, driven by development and sea-level rise.

Editor's Note: Support for this reporting was provided by The Pew Charitable Trusts.

5 Ways You Can Save the Earth