Joseph named Firefighter of the Year 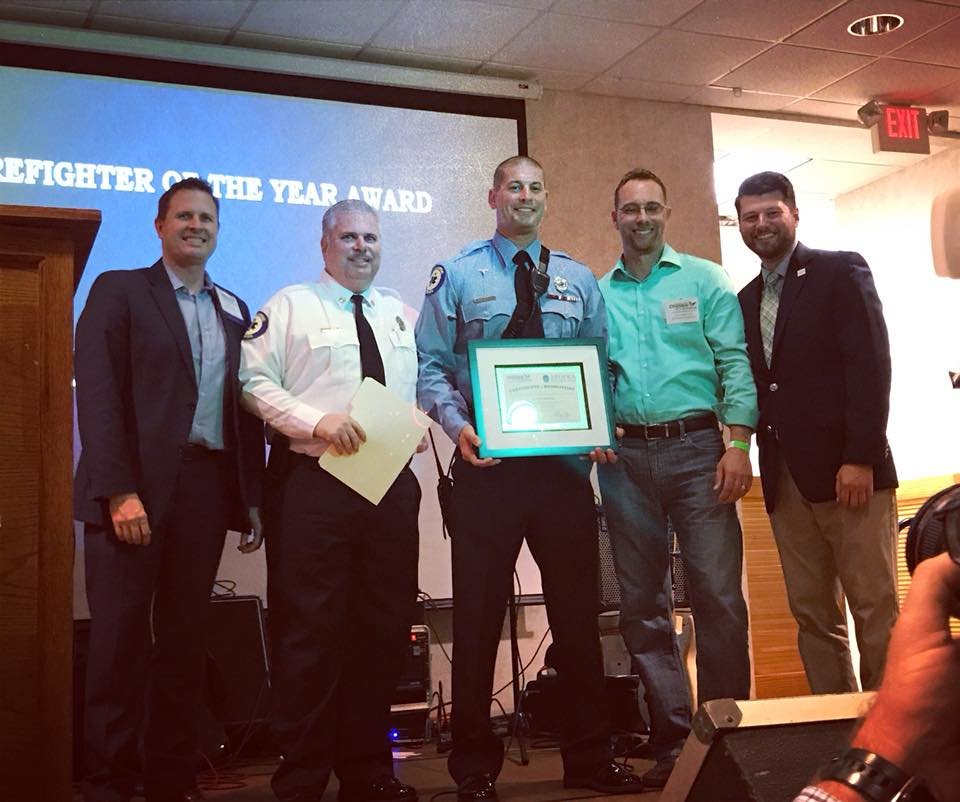 Editor's Note: Paramedic/Engineer Justin Joseph of the Apopka Fire Department was named AFD Firefighter of the Year last night at the Apopka Area Chamber of Commerce's Blues and BBQ Awards Dinner. AFD Chief Chuck Carnesale delivered remarks about Joseph. Here is the text of those remarks:

Apopka’s Firefighter of the year is Paramedic/Engineer Justin Joseph. Justin joined the fire department in August of 2009 as an EMT/firefighter. He earned his paramedic certification in 2012 and just last year, was promoted to the rank of Engineer.

Engineer Joseph helps to coordinate the AFD's Special Operations Team in which he is one of the team leaders. The special ops team was formed just this past year and is responsible for responding to all incidents which would be beyond the normal everyday responses of the fire department, such as vehicle entrapments, high angle rescues, confined space rescues, hazardous materials incidents and the like. Justin helped design, write, and implement the specifications for this team and Apopka is among just a handful of agencies in Central Florida with such a specialized team.

Just recently, Justin participated in the American Lung Association’s, “Fight for Air” climb in Orlando which consisted of firefighters climbing the 25 floors of the Bank of America building in their full firefighting gear and air pack. Justin took overall first place and had the fastest time.

Not only is Justin an amazing athlete, but he’s also a mentor and leader for all the new firefighters and a lead instructor for a course called Firefighter Survival. This is an invaluable course we’ve made mandatory for all new firefighters. It teaches them how to react in the event they should become trapped or lost while fighting a fire or searching for trapped victims, in a building fire. Teaching them to remain calm, search for alternative escape routes and exits and practicing their breathing techniques while still wearing their self-contained breathing apparatus. These techniques may just keep them alive in time for a rescue crew to locate the downed firefighter.

For all these reasons mentioned, I am proud to present to you, Apopka’s Firefighter of the Year, Justin Joseph!