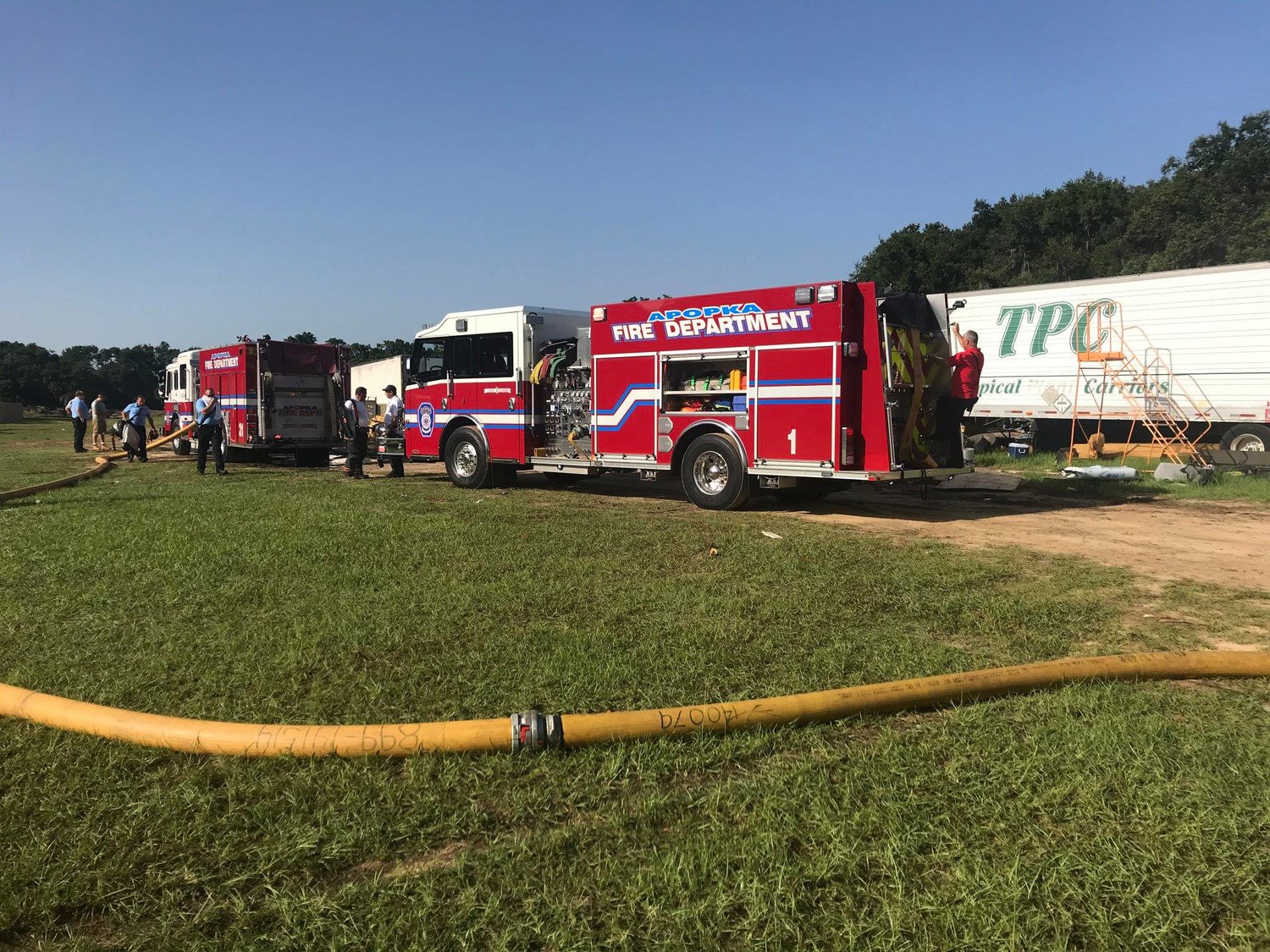 This week, Orange County Fire Rescue and Apopka Fire Department hosted a community meeting to address questions, concerns and provide information to residents regarding the proposed inter-local agreement between the two agencies. As a recap and follow-up to last week’s articles published in The Apopka Chief and The Apopka Voice, with the location of Apopka Fire Station 2 (Welch Rd.), recent opening of Fire Station #5 (FS 5) (Firehouse Lane) and the continued growth /annexations to the north has caused a reduction of the service area at Orange County Station #29 (FS 29). Orange County Fire Rescue approached the City of Apopka with a proposal for Apopka to take over fire-rescue services for the area currently serviced by FS 29 located on Kelly Park Road. After several months of negotiations, both agencies agreed upon a service plan for the Apopka Fire Department to provide coverage of the existing FS 29 area and plan for the Department to provide coverage of the existing FS 29 area and a means to provide automatic-aid (backup) to areas where FS 29 would normally respond. Over the last few years, the Apopka Fire Department has enhanced its infrastructure by opening two fire stations. Apopka FS 5 is in close proximity to FS 29’s coverage area and has the resources to provide fire and emergency services with a reduction in response time of approximately 15 percent. The potential for reduced response time, coupled with the diminishing coverage area of FS 29, has led the proposed transition of fire and emergency services to the Apopka Fire Department for this service area.

Some of the primary concerns that residents had were how this proposed transition would affect municipal service taxes for fire and emergency services paid for by Orange County and City of Apopka residents; effect on response time; effect on EMS transport fees for residents living in unincorporated parts of Apopka; and possible impact on Insurance Service Office (ISO) rating. In response, both agencies reassured residents that there would be no change to unincorporated Orange County residents who currently pay a municipal service tax for fire and emergency services. Funds collected by Orange County to support FS 29 operations will be transferred to the City of Apopka within the parameters of an inter-local agreement that would need to be approved by both parties. Additionally, the transition is expected to provide a 15 percent reduction in travel time. Travel time is the portion of a response time that is beyond the control of the first responders and includes things such as potential travel distance/traffic within a community. Furthermore, the proposed inter-local agreement dictates that residents and property owners within the contract area will only pay the City of Apopka rate, which is less than the rate charged for a non-resident. The City of Apopka rates are currently less than the Orange County Fire Rescue rate. Lastly, this proposed transition will not impact residents’ ISO ratings, where Orange County Fire Rescue and the City of Apopka Fire Department have a current ISO one rating.

Both agencies also told residents in attendance at the meeting that no firefighters would lose their jobs as a result of the proposed transition; firefighters stationed at Orange County FS 29 will transition to work within other Orange County stations. In addition, any service, such as help with smoke alarms, that residents traditionally sought through FS 29 would be directed to their new community firehouse, which would be Apopka Fire Department’s FS 5 in this community. The proposed transition would not affect permitting through the fire marshal’s office, where permitting remains a function of the Orange County Office of the Fire Marshal.

As mentioned in The Apopka Voice last week, Apopka Fire Chief Chuck Carnesale expressed how the improving working relationship between Orange County Fire Rescue and the Apopka Fire Department has been instrumental in creating the inter-local agreement. “Relations between AFD and OCFR have never been greater than they are now.” He said. “Over the last two years, we’ve worked great together. Apopka’s been assisting Orange County in joint response areas and doing whatever they need when they call us on for assistance. The dynamics between the two agencies are totally different now. It will be nice to know that if we have a catastrophic event, either agency will be there to help the other.”