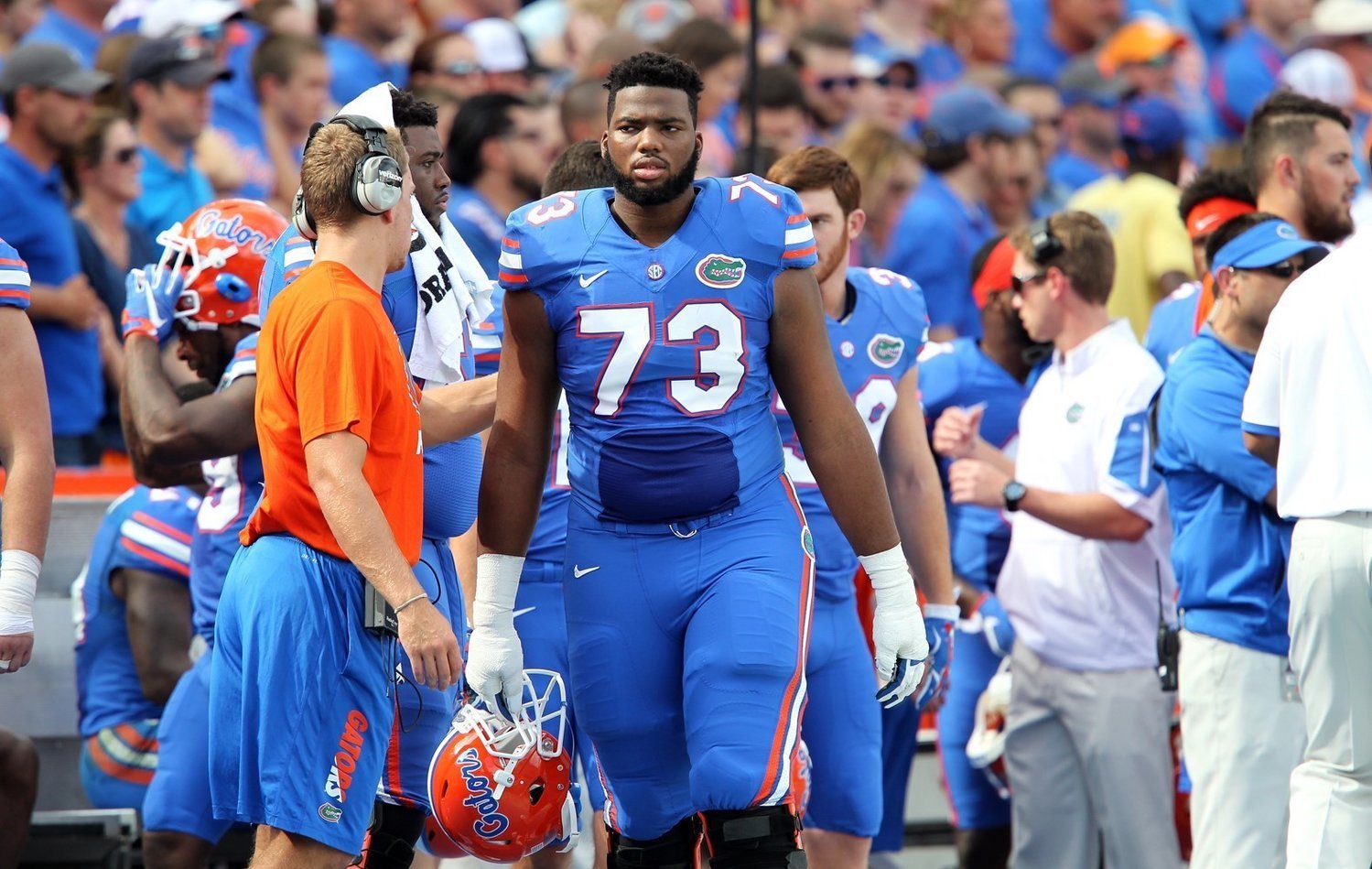 Martez Ivey, the former Apopka Blue Darter and Florida Gator, will be playing in the Canadian Football League this season.
Posted Monday, June 6, 2022 9:54 pm
From goleks.com, and Staff Reports

The Edmonton Elks of the Canadian Football League announced Sunday it has acquired offensive lineman Martez Ivey from the Toronto Argonauts in exchange for a sixth-round pick in the 2023 CFL Draft.

Ivey made his CFL debut with the Argonauts last season, suiting up for one regular-season game, against the Elks, before starting at right tackle for Toronto in the Eastern Final against the Hamilton Tiger-Cats.

He previously spent time in NFL training camps with the Carolina Panthers (2021) and New England Patriots (2019), and in 2020 played five games with the Tampa Bay Vipers of the XFL before the league ceased operations.

Ivey, an Apopka native, played four seasons at the University of Florida for the Gators, appearing in 49 games with 44 starts. He was selected to the SEC All-Freshman Team in 2015 and named Second Team All-SEC both as a junior (2017) and senior (2018).

In 2021, Ivey signed a one-year contract with the Carolina Panthers.

While at Apopka, Ivey was ranked as the number one offensive tackle prospect in the class.

Ivey went undrafted in the 2019 NFL Draft, ultimately signing with the New England Patriots shortly after, but was released during the team's final roster cuts.

He also played in the 2015 U.S. Army All-American Bowl in San Antonio, Texas, was named a Parade All-American, was selected to the MaxPreps All-America First Team, participated in Nike’s The Opening event in 2014 in Oregon, named to the 2013 and 2014 Class 8A All-State First Team, and was a MaxPreps Junior All-American in 2013.