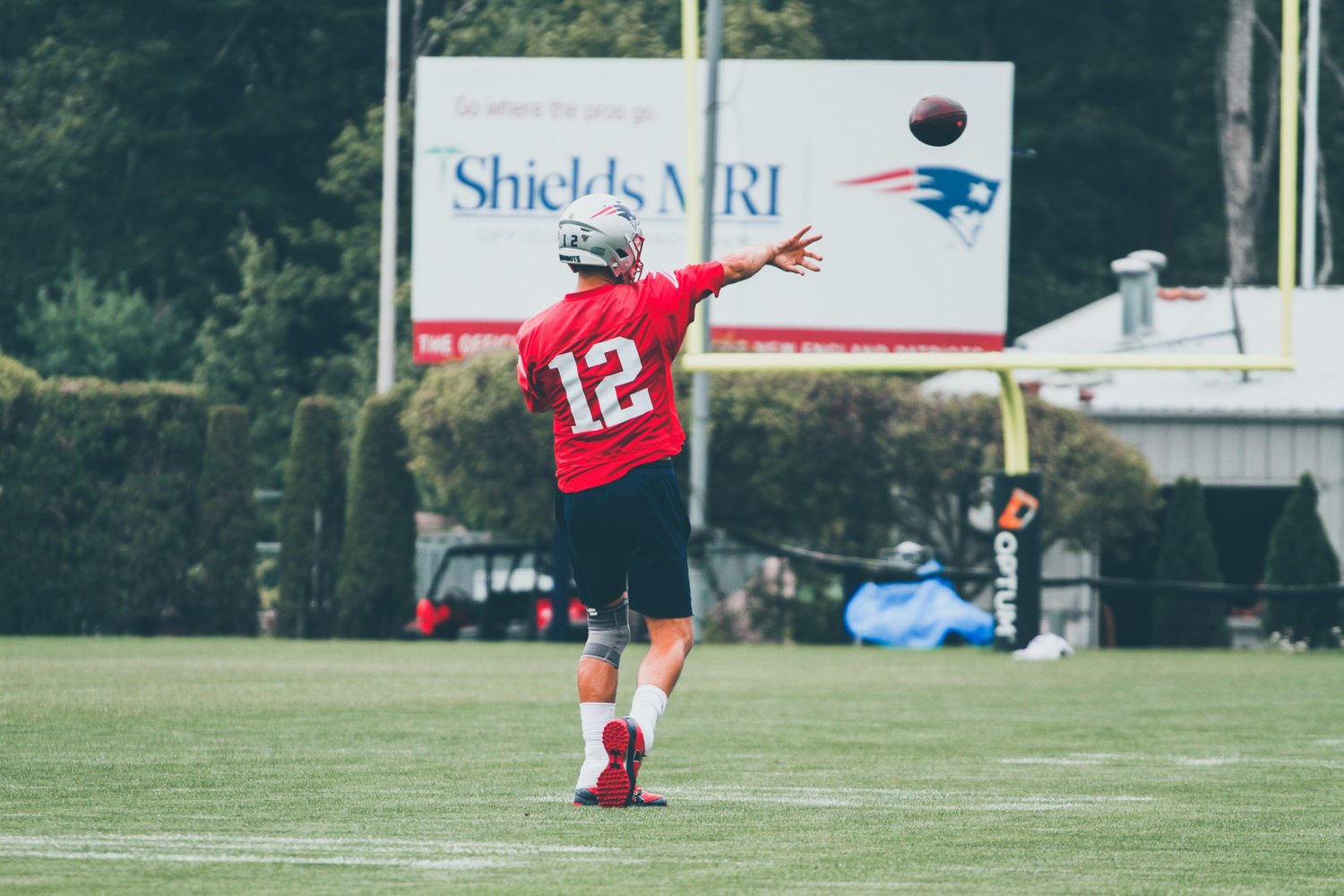 Whether you’re an NFL fan or not, you’ll be well aware that long-term Patriots quarterback turned Buccaneer, Tom Brady, is arguably one of the best football players the sport has ever seen. His list of accolades seems endless, from his appearance in six Super Bowls to leading the league in second-most yards passed, falling just short of Drew Brees. Brady is a showstopper in every way.

In fact, Tampa Bay are currently in line for a Super Bowl matchup against the Kansas City Chiefs, last year’s victors. It’s the first time in over a decade that the Buccaneers will be playing in football’s biggest game, and it’s Brady’s first year with the organization as well. Is this a coincidence? I think not. Let’s take a look at some major Brady qualities that make him the league’s most gifted quarterback.

A key quality of any professional athlete is the ability to maintain an air of calmness even while under a heavy strain. During his long-term career with the Patriots, the quarterback demonstrated that he could easily make last-minute decisions that proved successful, even while opponents were seconds away from brutally tackling him.

Brady's way of staying in control of himself and the ball is simple: practicing patience and having a cool demeanor. Over the years, fans have trusted in these defining personality traits, betting that Brady would, in fact, bring his team to victory. Now as the 55th Super Bowl inches closer and closer, followers have invested that same faith by wagering using legal online sportsbooks, with the closest state being West Virginia. As winner of a whopping four Vince Lombardi trophies, and with his eyes set on another, it's clear that Brady rarely let's his fans down.

His level of dedication is always the same, during important matchups and in practices

When you’re the league’s best professional football player, it can be easy to fall behind in practices, or not give training your all. You feel like you already have what it takes to dominate in the game, so why work harder than needed? Brady’s performance in practice completely contradicts this as he gives the same amount of effort on the training field as he would give on the grass at the Super Bowl. He leads the team exceptionally well, inspiring them with his own personal dedication, and always striving to be better than before.

One of the most important qualities of any successful quarterback is the ability to communicate well. The ball may spend the majority of the game inside Brady’s hands, but if he can’t talk with his teammates effectively, passes will be thrown unsuccessfully. On and off the field, the quarterback makes sure that his fellow players and himself are on the same page, so that they can work together towards the common goal of victory.

He's extremely knowledgeable about the game of football

Let’s face it: you can’t get as far as Tom Brady in football without some serious knowledge of the game itself. From being a highly touted recruit in high school, to playing college ball with Michigan State and then being drafted in the NFL, Brady has always demonstrated a certain understanding of the game that other players don’t have. His ability to make great plays may be a natural gift in some ways, but his football intelligence is undoubtedly a necessary tool that helps drive his talent.

He's humble, yet out for blood at the same time

You rarely see Brady in a position of boastfulness, but rather he demonstrates a consistent air of humility the more successful he becomes. However, there’s no doubt that Brady enjoys being the best and thrives off the fandom surrounding him. After all, we’ve seen him come out victorious in some of the greatest Super Bowl games ever played. Yet, at the same time, he still remains unpretentious, just looking forward to his next win.