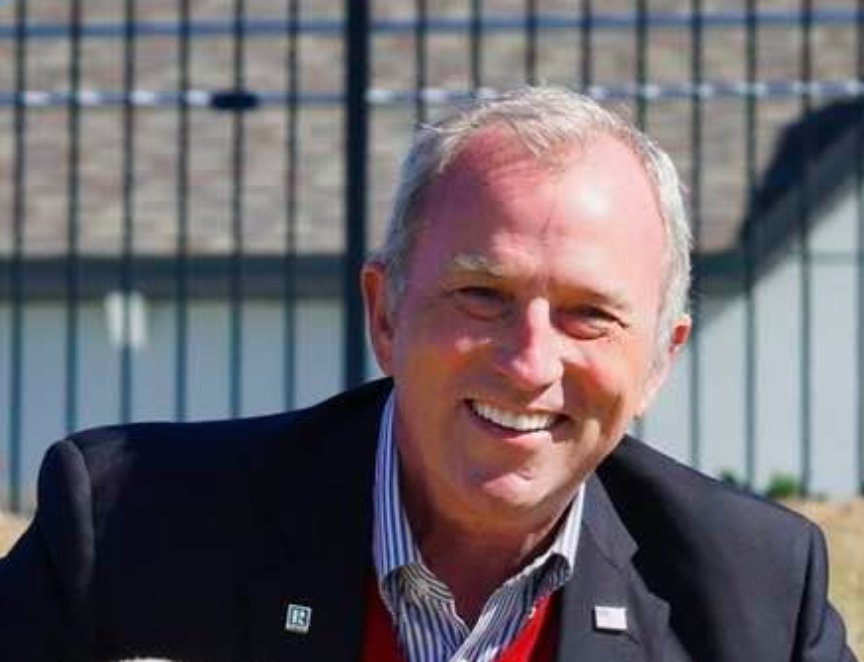 I would say I'm fiscally responsible. I tend to be conservative in my fiscal process. But I also know if I'm saving $4 here, but a year from now, I'm paying $8-10, that hurts.”
Eric Mock
By Reggie Connell, Managing Editor

There are a lot of reasons to run for office. One might see themself as a visionary who wants to look into the future and change a community for the better. Others see government as oversized and want to cut back on unnecessary spending and lower taxes. There are also candidates that are passionate about a single cause and want to use the position to better that particular issue.

But Eric Mock decided to run for Seat #4 on the Apopka City Commission because of a median on Binion Road near his home.

"There's an apartment complex - East Shore. One day I go out there, and they're putting in a concrete median in the middle of Binion," explained Mock. "And as I'm watching this, I get why they're doing it, but I'm not sure that's the wisest thing to do on a 55 mile an hour road right after a couple of s-turns."

It didn't take long for Mock's skepticism to be proven correct.

"Sure enough, a week later, they're out there tearing up the whole concrete median... this huge section," he said. "The next day, they pour it with a 45-degree angle on the top because I guess somebody hit it. Somebody destroyed a wheel and the tire. So, that's a little improvement, but after two other crashes, I contacted the city of Apopka and started talking to a couple of people in the planning department."

After interacting with the planning department, Mock started watching earlier videos of the City Council and then attended two meetings in person. Then, after a few months, he decided he would rather be on the dais than in the audience.

"If you're going to say something, the City Council is the location to do it," said Mock. "And I know if I'm on the commission, you're one of five, but at least I'm inputting and listening."

Median improvement on a single road may seem like a minor issue, but Mock considers himself a problem-solver. He is pragmatic and uses words like "process, data, and incremental" to describe his approach to solving Apopka's challenges.

Currently, Mock is a real estate agent at You Have Realty, and president of the Vistas on Water's Edge Homeowners Association, where he lives.

For 31 years, Mock was an executive director of nursing homes and assisted living facilities in Florida. He managed and oversaw the operation of facilities with budgets between $7-20 million and staff of over 380 employees.

"From that experience, I learned a lot about leadership, management, making payroll, operating a business, understanding the business climate, and the regulations that are going on," Mock said.

He was also elected to be the Region 2 Vice President for the Florida Healthcare Association and represented approximately 40 nursing homes in the Central Florida area.

Mock entered the election on Monday, January 3rd, 2022 - with only one day remaining in the Apopka qualifications week. And although he entered and qualified to run for Seat #4 late in the process, it wasn't without a lot of careful consideration.

The importance of local government

"I'm not sure that people know how important the local, city, and county commissions are to a community," said Mock. "They carry a lot of responsibility. Just zoning issues alone... if they change the zoning and that borders the property that you're on... or down the street - that's big. I don't think a lot of people know that. I think people sit back and say, 'why did they do that?' And then they move on. But I really feel that the local city government probably has the most outcome. On the local level, things can change rather quickly."

The debate over economic development may be the top issue in the 2022 election cycle. The approach that Apopka should take has been hotly debated by Mayor Bryan Nelson and his challenger Commissioner Kyle Becker during City Council meetings and the mayoral campaign. But Mock sees merits to both ideas and thinks time and population may be the deciding factor.

"Whether it's right now or a year from now, I do believe at some point, you probably need someone to focus on that [economic development] solely. I don't think that it's been bad that we haven't had one up until this point. If Mayor Nelson gets reelected, I'm sure he feels that he'll be able to continue to do that. And it's quite possible he could. But at some point, just the size, and time, could get to a point where this might be best served by having a person in that position."

A meeting with Chief Wylam

After announcing his candidacy, Mock met with Apopka Fire Chief Sean Wylam and asked him about the staffing of fire engines. Should there be three firefighters on an apparatus, or should it remain staffed with two firefighters with assistance from a two-person squad in a second vehicle?

"When I met with Chief Wylam, I said 'there's been a big debate... how many people on a fire truck... and do we need more fire stations?'" Mock asked. "What do you want? What do you need? You're the professional."

Mock said he was impressed with Wylam's data-driven answer.

"He showed me a study and a layout and data that blew me away. He wants to balance them both. Incremental balance. He doesn't want all those people on a truck and no locations. And he doesn't want a lot of fire stations and not enough people on the fire truck. He wants to balance it out. He can do that incrementally. He said from the population that they monitor everything by the number of calls, and it shows two locations with the greatest number of calls (Stations 1 and 2). It would be logical that's where you'd start. He's been able to reallocate people that weren't as busy, to the busy stations. That's how you operate. That's how you manage. You use the person in the department... the professional, and let them do their job."

Mock is also optimistic about the City Center.

"From what I've seen, I think that's pretty cool," he said. "They're developing, that there are drawings of plans and it's a great location... great property. As a city center, I think they're trying to bring in the restaurants that people want. I think the hotel, the Highland Manor, and the fountain will be a very nice location. I'm not aware why it's moving as slow as it is. Certain things hold things up, and that's frustrating. I personally, physically can't make that happen. But I think it seems to be moving along, but it took a little pause during COVID-19."

The millage debate during the Apopka City Council Budget workshops and hearings was one that Mock followed closely. And although he usually favors lower taxes, this time, he may have been on the other side of the majority, who voted to reduce the rate from 4.2876 to 4.1876.

"We gave back approximately $400,000," Mock said. "Okay, so taking that $400,000 out... did we have that to give back? What did we give up for the $400,000? It's not a lot of money, but it probably could have stayed. You could have kept that instead of cutting it. That's always the challenge. The hard thing to sell to people is, are you fiscally responsible with the money you received? And if you have to have increases, can you show what those are for? I would say I'm fiscally responsible. I tend to be conservative in my fiscal process. But I also know if I'm saving $4 here, but a year from now, I'm paying $8-10, that hurts."

Mock references a similar example on his homeowner's association board.

"They had very low HOA fees, and that attracted buyers," he said. " We had expenses that weren't being covered, so we sat down as a board and said, 'it will require an increase in dues.' We had a couple of people come up and comment about the increase in the dues, but hopefully, they'll see the benefit of it over time. So I take the same stance from the city. There are only so many ways that you raise revenue. It's a very interconnected wheel."

Mock, along with his opponent Nick Nesta, and Seat #2 candidates Diane Velazquez and Wes Dumey, will participate in a candidate forum on February 7th, sponsored by the Apopka Area Chamber of Commerce. The event is from 5:30-7 pm at the Apopka Community Center. To attend the forum, register here.