Precinct Update: Opinions vary on who will best lead Apopka 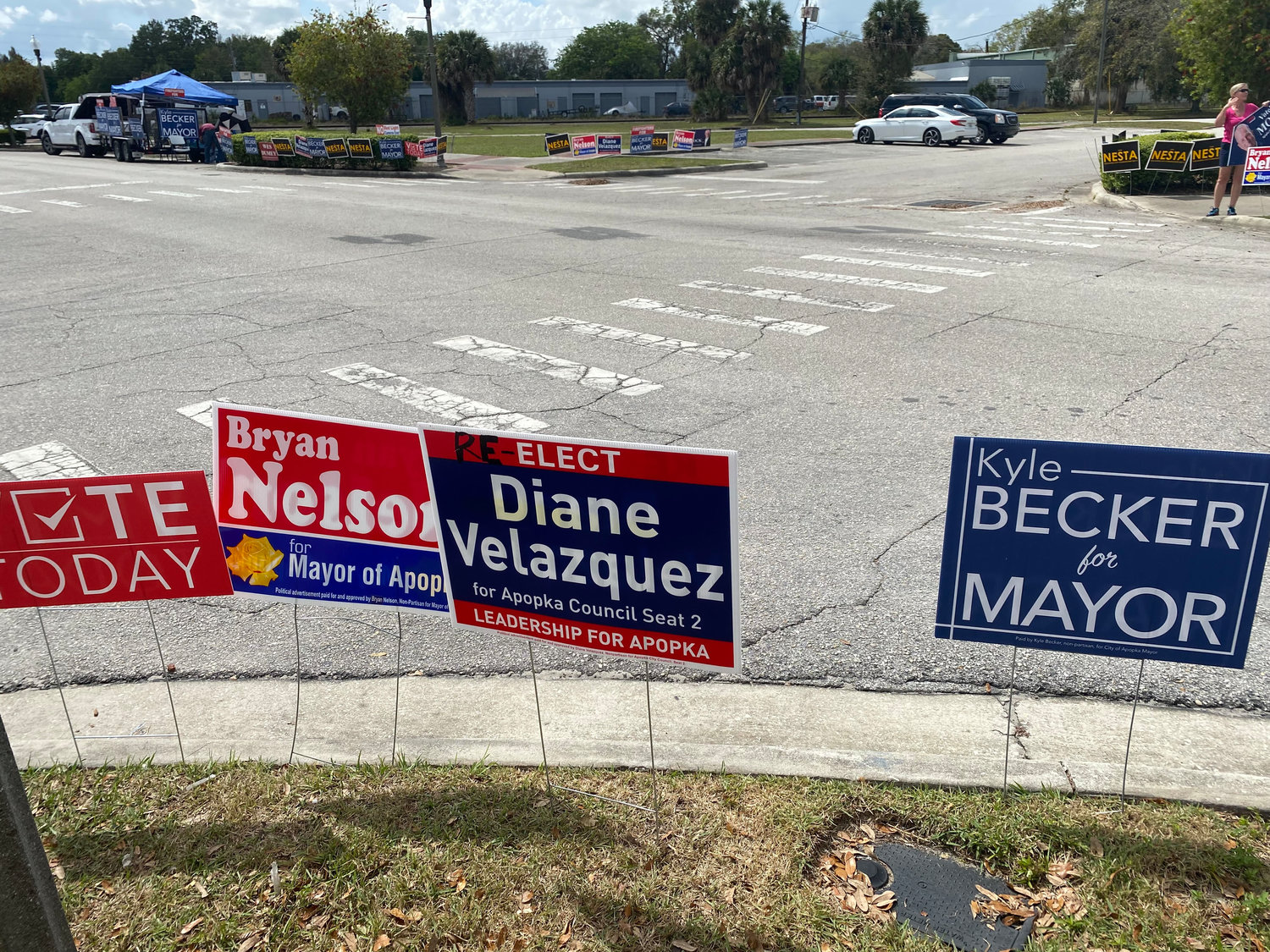 Editor's Note - Mickenzie Hannon, and interning correspondent for The Apopka Voice and student at the University of Florida, spent the morning talking to voters at the VFW/Apopka Community Center on Election Day. Here is her account and the thoughts of three voters at the site.

As the Apopka Municipal elections unfold, voters respond and weigh in on key issues.

David Rucker, a representative for the Apopka Area Concerns Citizens Coalition, cited diversity and economics as the biggest issues this election season.

The retired 75-year-old has lived in Orlando for 55 years, previously serving as the president of Metropolitan Black Democratic Caucus, as well as the President of the NAACP Orange County branch.

“This is one of the oldest communities in the county, but, economically, it is not where it should be,” he said.

Rucker thinks Commissioner Kyle Becker is the best mayoral candidate to address and fix this issue.

“I think [Mayor Bryan] Nelson is afraid of the unknown," Rucker said. "He has not ventured out. He will say things just to get him elected, but there’s no action.”

Sylvester Hall, 60, has been a Rock Springs Ridge resident since 1998 and served in the Navy for nearly 21 years. Hall advocates for more inclusiveness and wants to see a change in Apopka leadership.

“If the leadership has no vision, then the city suffers," Hall said.

According to Hall, Nelson’s vision over the last four years has been lackluster and unfulfilling.

Hall does not factor political affiliation into his vote.

“If you are a fair person and are leading in the right way, you can get my vote,” he said.

He remains disheartened by voter turnout so far.

To Apopka resident Jane Hobson, education and fiscal responsibility are the most important issues in any election.

She values Nelson’s investment in the Apopka community.

“They are a very civil and community-minded family,” she said, referencing Nelson’s involvement in Relay for Life and his family’s participation in other community events.

Hobson also appreciates the work focused on the parks-system in Apopka.

“The purchase of Camp Wewa is a great idea instead of letting that go to developers,” she said.

“The wheels of government move very slowly, and you can’t get things done as quickly as you think you can, and he [Nelson] has worked hard to get things done.”