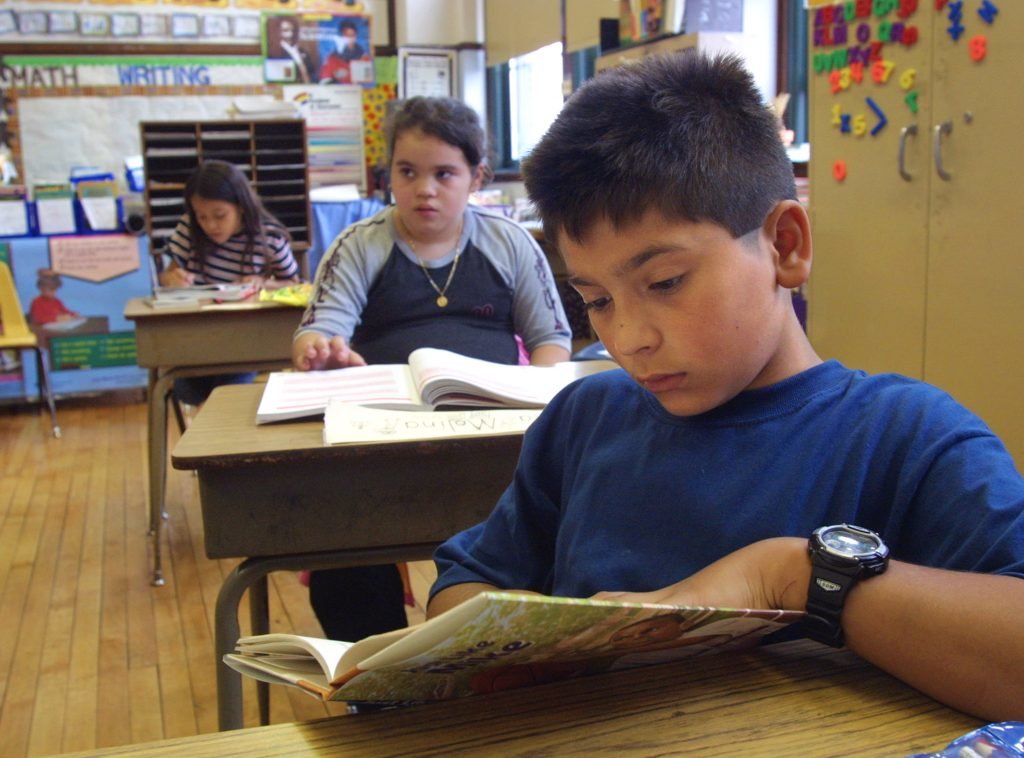 “If you can make headway here, you will see a positive ripple effect continue through many, many years of these students being in our system,” he said during one of two press conferences on Tuesday.

DeSantis was joined by the sponsors of the two bills — Rep. Erin Grall (R), and Rep. Vance Aloupis (R). Both of these bills, HB 419 and HB 7011, received sweeping bipartisan support.

The goal of HB 419, Grall’s bill, is to provide greater accountability for Florida’s pre-kindergarten programs and give parents as much information about how their child is progressing as possible. These programs are voluntary because compulsory education begins at age six in Florida.

“This policy is all about empowering parents and families and giving parents the information they need — at that critical time in a child’s life — to make the best decisions for their children,” Grall said.

Almost half of Florida’s kindergarteners are not ready for that level, state data show, and existing assessments of how a Pre-K student is progressing may not give parents enough time or information to determine whether that student should progress.

And, according to an legislative staff analysis, only 53 percent of kindergarten students were deemed ready for kindergarten based on the Fall 2019 assessments. Grall previously called this data point a “failure” on the part of the Florida Legislature.

The new law would have students assessed for kindergarten readiness while they are still in Pre-K, so that struggling students can be identified quicker and can receive additional instruction if needed.

Rep. Aloupis argued that Grall’s bill will be “one of the most transformational pieces of policy … in the past few decades of education reform.”

It creates a statewide monitoring program to keep track of how students progress in their academic career from pre-kindergarten through 8th grade, so that schools can identify students who are not performing on grade level for reading and mathematics.