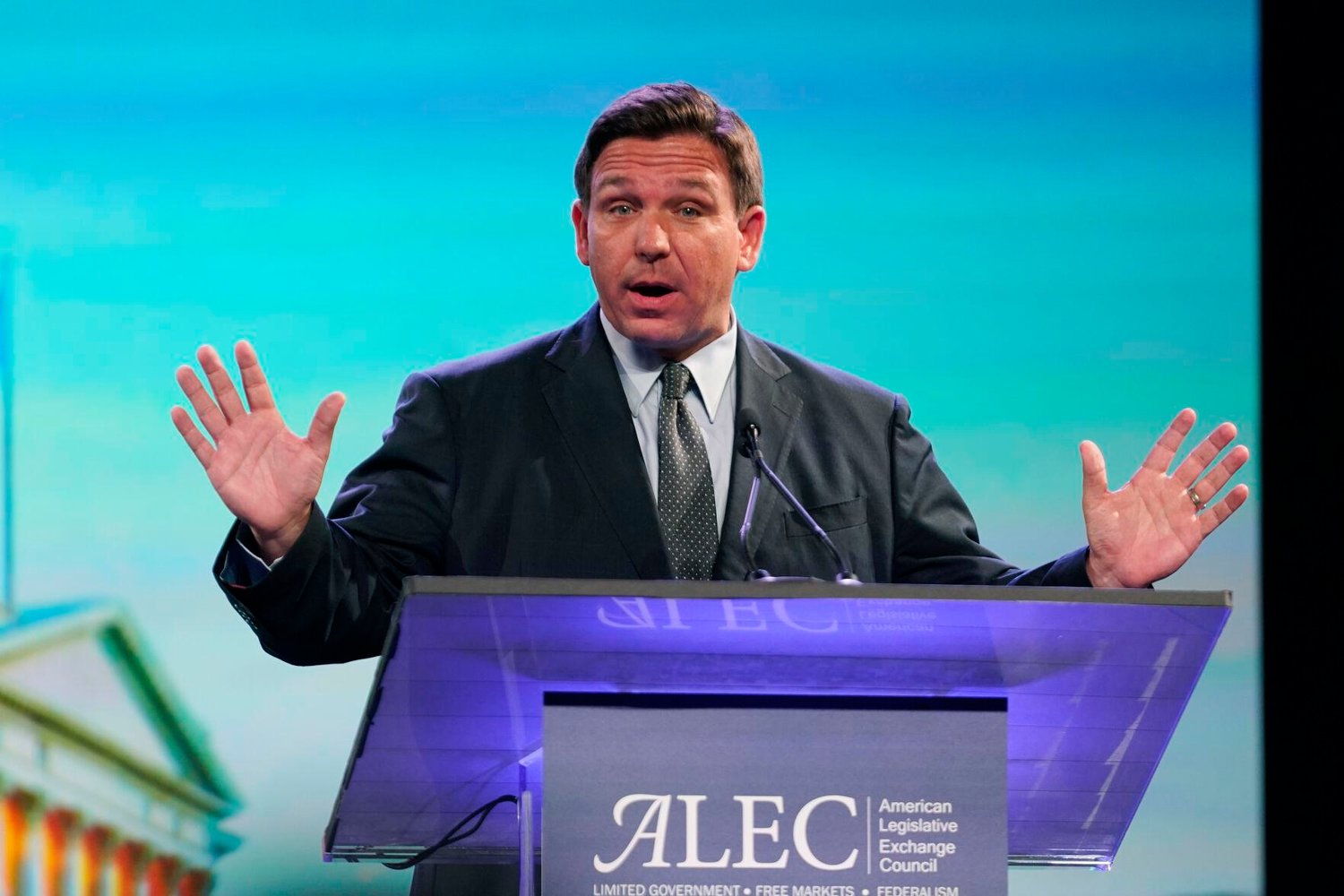 Gov. Ron DeSantis spearheaded the effort to raise Florida teachers’ pay to one of the nation’s highest starting salaries, but his high-profile battles with school boards over face-mask mandates – among other clashes – have not made him a popular among most career educators.

But on Tuesday, the governor induced a rare, bright glimmer of bipartisan consensus when he introduced the parameters of a 2022 initiative to dramatically scale back standardized testing in Florida schools.

“This will be one of our top priorities in the legislative session,” DeSantis said in Doral, claiming his proposal will reduce standardized assessments in Florida schools by 75% and allow for more individualized testing.

DeSantis said he’ll call on lawmakers to eliminate several standardized statewide exams students now take, and replace them with fall, winter, and spring progress reports that he said, would be more timely and actionable.

DeSantis said FSA exams taken at the end of the academic year do little for students and teachers because “you can’t go back and fix” whatever deficiencies are identified for three months.

“I think it’s going to be transformative to how students learn,” Florida Education Commissioner Richard Corcoran said, noting he agrees with FSA critics who say test results are an “autopsy” rather than an action plan.

Teachers and administrators have long complained the FSA forces a teaching-to-the-test approach rather than teaching to learn and consume valuable class time. “From April to May,” Corcoran said, “we basically shut down schools for testing.”

DeSantis said the three progress reports allow individual student progress to be assessed in “hours, not days,” unlike cumbersome and complicated FSA regimes.

Lawmakers begin committee meetings this month in anticipation of convening their 60-day 2022 session on Jan. 11. The Senate Education Committee meets on Sept. 21 to discuss FSA standards.

The state still must sustain a standardized testing system under the federal Every Student Succeeds Act (ESSA) for individual and collective Measure of Academic Progress (MAP) assessments.

“For 20 years, we have underscored the harmful effect that mandated tests have had on our students and educators’ ability to teach students in a rich and meaningful way,’’ United Teachers of Dade said in a statement. “We are glad that the Florida Department of Education has finally listened to the recommendations of education experts and concerned parents and has chosen to eliminate the FSA.”

“I think we’ve hit a real sweet spot here,” DeSantis said. “I think that you’re going to see a lot of support for it.”