Dejavu all over again: Blue Darters and Mustangs heading to postseason 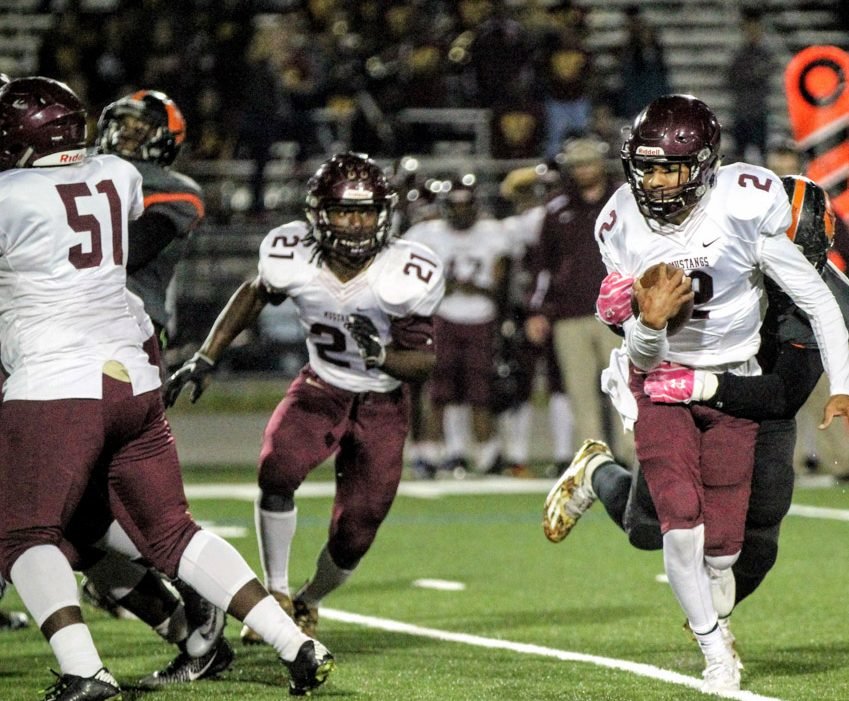 This is becoming an impressive trend in Apopka.

For the third straight season, both the Apopka Blue Darters and Wekiva Mustangs have qualified for the high school football postseason tournament. For Apopka, it's the 19th straight trip to the playoffs.

The Blue Darters come in with a 7-3 record, but a #5 seed in Class 8A-Region 1. They travel to Oviedo this Friday to face the #4 seeded Lions, who finished with an 8-2 record and won the District 8A-2 title.

The Mustangs are seeded #1 in the 8A-1 region with a 9-1 record and their second straight District 8A-4 crown. They host a familiar opponent in the first round - West Orange High School. The Warriors are ranked #8 in the region with a 7-3 record. They also shocked the Mustangs with a come-from-behind 30-29 victory in the regular season.

Welcome to the playoffs where records, momentum, rankings, and computer simulations mean nothing. The postseason has no memory or conscience. Its formula is simple…win and advance…lose and go home. Both Apopka and Wekiva are five wins away from a state championship… and one loss away from ending their season.

If both the Blue Darters and Mustangs were to win their first-round games, they would face off again at Wekiva High School on November 16th. Wekiva defeated Apopka 35-0 in their regular season matchup.

Kickoff for both games is scheduled for 7:30 PM on Friday. Admission is $6.