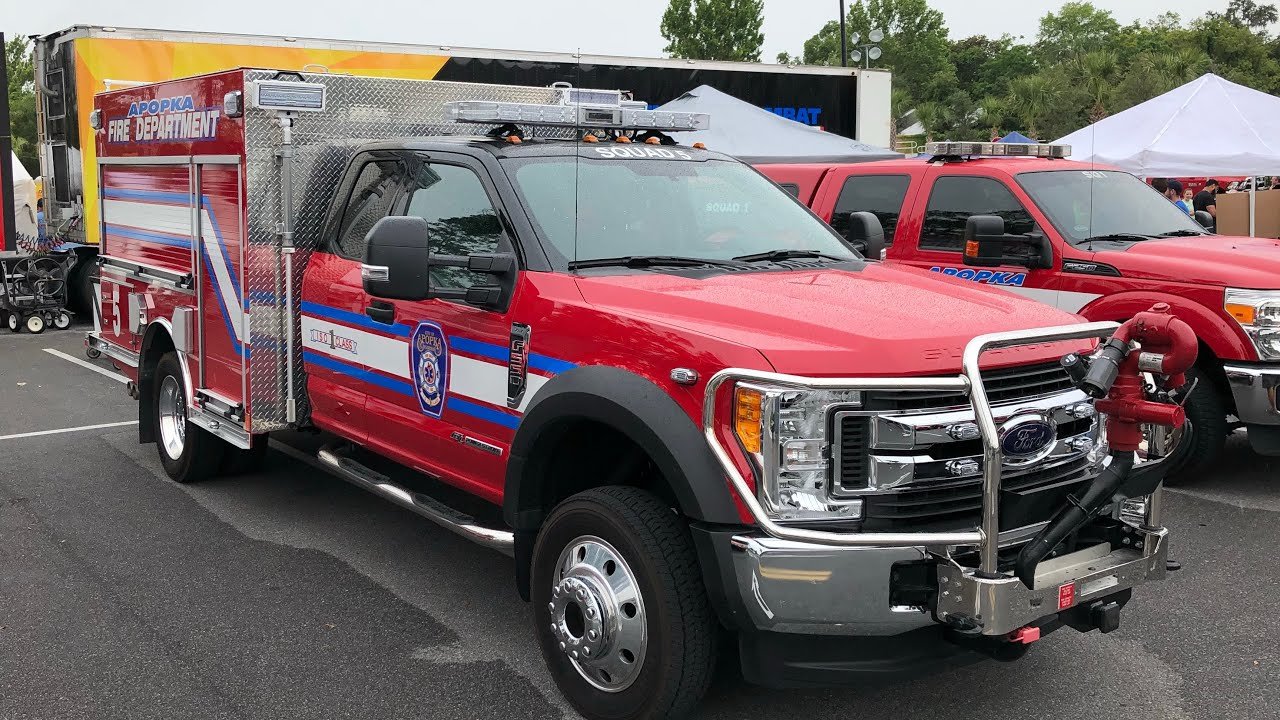 The Apopka City Council unanimously ratified the appointment of Sean Wylam as the next Fire Chief of the Apopka Fire Department at its Wednesday meeting. Wylam was previously the deputy fire chief before succeeding Chuck Carnesale, who retired on August 30th.

"First I want to thank you for the opportunity," said Wylam, before a capacity crowd at City Hall and with dozens of firefighters in attendance who stood during the entirety of a meeting that lasted over three hours. "This doesn’t happen to everybody. I think a lot of it comes down to coming up within. I’ve always stressed to our people education plus experience equals knowledge. I started here as a firefighter/EMT and worked my way up. I’ve educated myself. I’ve gained that experience. That equals true knowledge for our fire department and now for our city as a whole. I’m proud to be a part of the Apopka Fire Department. And I’m proud to represent that moving forward. It’s not about one person. It’s really not, and I take that to heart all the time."

City Administrator Edward Bass released this statement about the appointment:

"We have selected Assistant Fire Chief Sean Wylam as the new Fire Chief effective Friday, August 30, 2019, at 5:01 pm. In accordance with the City Charter, Chief Wylam’s appointment will be included in the September 4, 2019, agenda for ratification by the City Council. Chief Wylam has been with the Apopka Fire Department for 16-plus years. He began his career as a firefighter and worked his way up to his current position of Assistant Fire Chief – Training. Chief Wylam has several fire education qualifications, credentials, and certifications. With the City’s ISO review coming up in the fall, Deputy Chief Ray Thompson will assist Chief Wylam with this before his retirement."

Although the Council was scheduled to ratify Wylam's appointment on September 4th, because of the threat of Hurricane Dorian, the meeting was postponed until September 11th. On that date, the Council chose to postpone the vote until the next meeting (September 18th) so the results of an investigation into the Apopka Fire Department, conducted by City Attorney Joseph Byrd, could be fully analyzed by the Council before voting on the AFD's next leader.

Byrd's report was given to the City Council shortly before the September 11th meeting in a draft form, and later that day released officially to the media.

Commissioner Kyle Becker was the catalyst of that postponement, but at the Wednesday meeting, he was prepared to vote.

"To go through my decision-making process... we have information, and I like to consume as much information as I can to make a full and complete decision that I feel is necessary for me personally, but then if anybody who approaches me on the street, or in Publix, or anywhere else... they know my process and exactly how I arrived at the conclusion that I've made. So I’ve had an opportunity to read the report since last week, and I disagree with some of the process... and we have that right to disagree. Would I have done the same thing? Maybe not. Do I agree with all the things that transpired? Maybe not. But what that report allowed me to do was see your testimony Mr. Wylam and it was your answers that painted a picture of who you are and how you understand the department, how you look at the department and so that information for me is valuable because it helps me to better understand how you... outside of a resume'. With that being said I can definitely appreciate people with alternative points of view. People here have alternative points of view. People have spoken tonight against this appointment. There are people I have talked to who aren’t in this room that are against this appointment. There are people who have spoken passionately and advocated on your behalf, which is admirable. My biggest challenge for Sean was knowing what his situation has played out to be. It’s not a perfect situation... how we got here. But knowing there’s people in your department that may not always be happy. You’re never going to please 100% of the of the people, but it’s those few disgruntled people that do have some gripes... how do you address that? And we talked about that. We had a frank conversation, and you have embraced that as a challenge. I think clearly I feel where the council is going, and this is not the time for me to stand on the proverbial soapbox. I think what needs to happen is that we have a united front, just as a city in general. That we're united in our support for what you (firefighters) do for our city and our community... and that we are super proud of you. Treat the department well and do what’s right by your predecessors."

Commissioner Doug Bankson was also in agreement with the postponement. In fact he saw a silver lining in the timing.

"I’m happy for the delay for this reason... I think it removed the cloud and I think you (Wylam) deserve that. I’ve known you and seen you in operation and I’m very happy to see you stepping into this role."

Commissioner Alice Nolan was grateful that someone within the AFD and an Apopka resident was chosen as fire chief.

"Something that I really love about Apopka is that we always look within ourselves before we go out looking because a lot of these firefighters have been here longer than I’ve been alive and that shows dedication. It shows they really love Apopka and I never mind when we look within ourselves and find somebody qualified and promote them. I told Chief Wylam that I talk to people and I heard nothing but great stuff about him. He is highly recommended by not only several citizens who know him, but the fire station members as well. I talk so much within all of our departments about morale. They all heard it and that’s what he’s looking to do as well."