As Florida Reps continue to support school reopening, parents and teachers push back 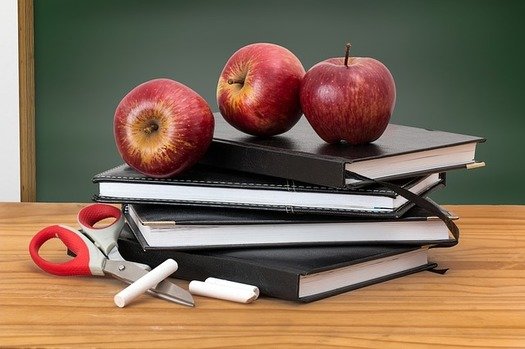 Just this week, Governor DeSantis announced he'd allow districts to make their own decisions in regards to reopening and would be fine with delaying start dates by a couple of weeks. But that's not likely to be nearly enough for concerned parents and educators.

According to the Center for Health and Health Care in Schools, around 51 million school hours are lost each year due to dental-related illnesses. But considering that our nation's schools have been closed since March, it's clear that COVID-19 is a much better threat to education than poor oral care. Still, in Florida, the fight is on to reopen - in spite of a record-breaking coronavirus death toll. But now, teachers and parents throughout the Sunshine State are expressing major concerns and are even taking action in an effort to stop the spread and keep kids home.

Most of us have been sheltering in place for the past several months. And although 69% of U.S. entrepreneurs start their businesses at home, that doesn't mean we're all thrilled about this new normal. Millions of Americans have now dealt with job loss, adjusted to remote work, and struggled to educate their kids themselves or with help from teleconferenced sessions.

But despite Florida's alarming rise in confirmed COVID-19 cases and deaths, both Governor Ron DeSantis and Department of Education Commissioner Richard Corcoran have expressed their unwavering support for the reopening of schools. In fact, Corcoran signed a statewide executive order in early July that included the goal of reopening all brick-and-mortar schools in Florida for at least five days a week for all students starting in August.

At that point, it looked as if both private schools (which make up 25% of all schools nationwide) and public schools alike would have to prepare to reopen in spite of the risks. In some districts, parents were given a choice to continue with remote learning -- but teachers would be forced to report for the normal school week. Both parents and educators have expressed concerns and outrage in regards to Governor DeSantis's push to reopen schools. Those sentiments are echoed by the U.S. population, as a recent ABC News poll found that 55% of American parents say they're against reopening schools for in-person instruction in the fall.

But now, alarm bells are really starting to sound. Some teachers have joined forces with the Florida Education Association to file lawsuits in order to stop the statewide reopening, aimed at DeSantis, Corcoran, and others. While Corcoran dismissed the lawsuits as "frivolous," explaining that the executive order contained no directives for reopening, many districts are treating the order as one that must be followed -- which isn't a reach, considering that the order is tied to state funding for educational facilities. And while Governor DeSantis continues to push for in-person learning, Florida's biggest school district, Miami Dade County, has already announced that their schools will rely on online instruction for now. Schools in nearby Monroe County have said the same, while officials from Broward and Palm Beach counties say they also intend to start the school year online, in spite of the threat of fund withholding.

Just this week, Governor DeSantis announced he'd allow districts to make their own decisions in regards to reopening and would be fine with delaying start dates by a couple of weeks. But that's not likely to be nearly enough for concerned parents and educators. While the Manatee County School District currently has plans to reopen, as well as providing other options for families, a recently released video posted by a parent on TikTok has since gone viral for its post-apocalyptic vibe and subsequent reaction from local families.

As of now, Florida schools are supposed to reopen in August (Orange County will reopen August 21 and Seminole County August 17, barring any changes) but all of the options for education look pretty grim. Remote learning is undeniably the safest option, but it's one that comes with systemic challenges. And while some don't seem too afraid to send their children back to school like before, many are worried that reopening Florida's schools will make an already bad situation that much worse.