Apopka Police Dept. officers run for a worthy cause 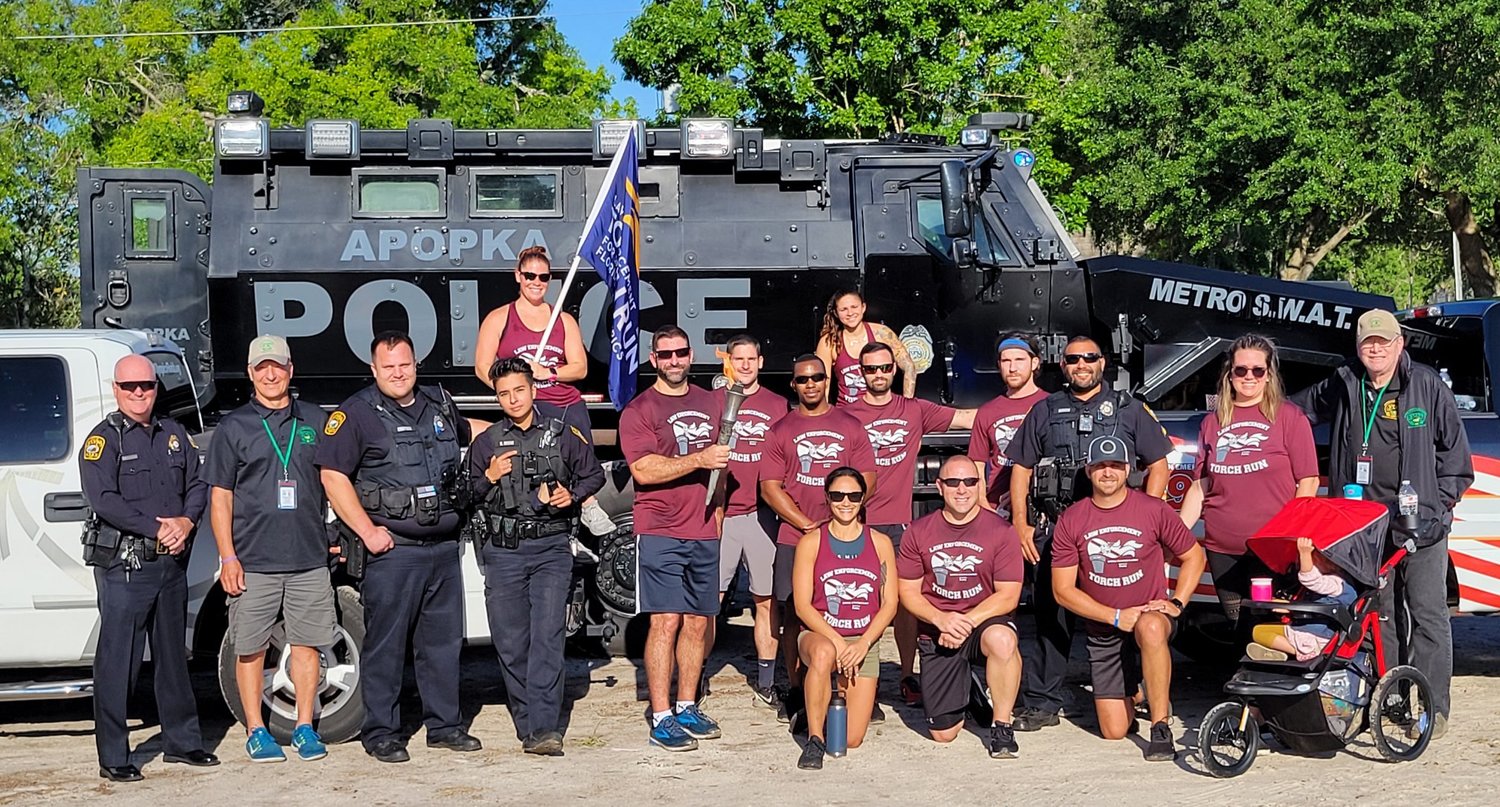 From the Apopka Police Department

This week, officers from the Apopka Police Department participated in the Law Enforcement Torch Run for Special Olympics Florida (LETR) to show their continued support for this worthy cause. Running a predetermined path that was 3.2 miles long, officers passed the Special Olympics torch and flag in hope to raise awareness along their journey.

LETR began in 1981 when Wichita, Kansas Police Chief Richard LaMunyon created the Torch Run. He thought the Torch Run would help law enforcement be active in the community and support Special Olympics Kansas. In 1983, Chief LaMunyon presented the program to the International Association of Chiefs of Police (IACP). They decided to endorse Torch Run and became the “Founding Law Enforcement Organization.” With the IACP’s support, LETR became the movement's largest public awareness and fundraising group for Special Olympics.

Known as Guardians of the Flame, law enforcement members and Special Olympics

Torch Run has grown over the years and now includes many fundraising platforms. These platforms include: Plane Pulls, Polar Plunges, Tip-A-Cops, and more. Since the beginning, LETR has raised over $600 million for Special Olympics programs.

Thank you all who helped support this program! #CityofApopkaFL #ApopkaPoliceDepartment #LETR #SOFL