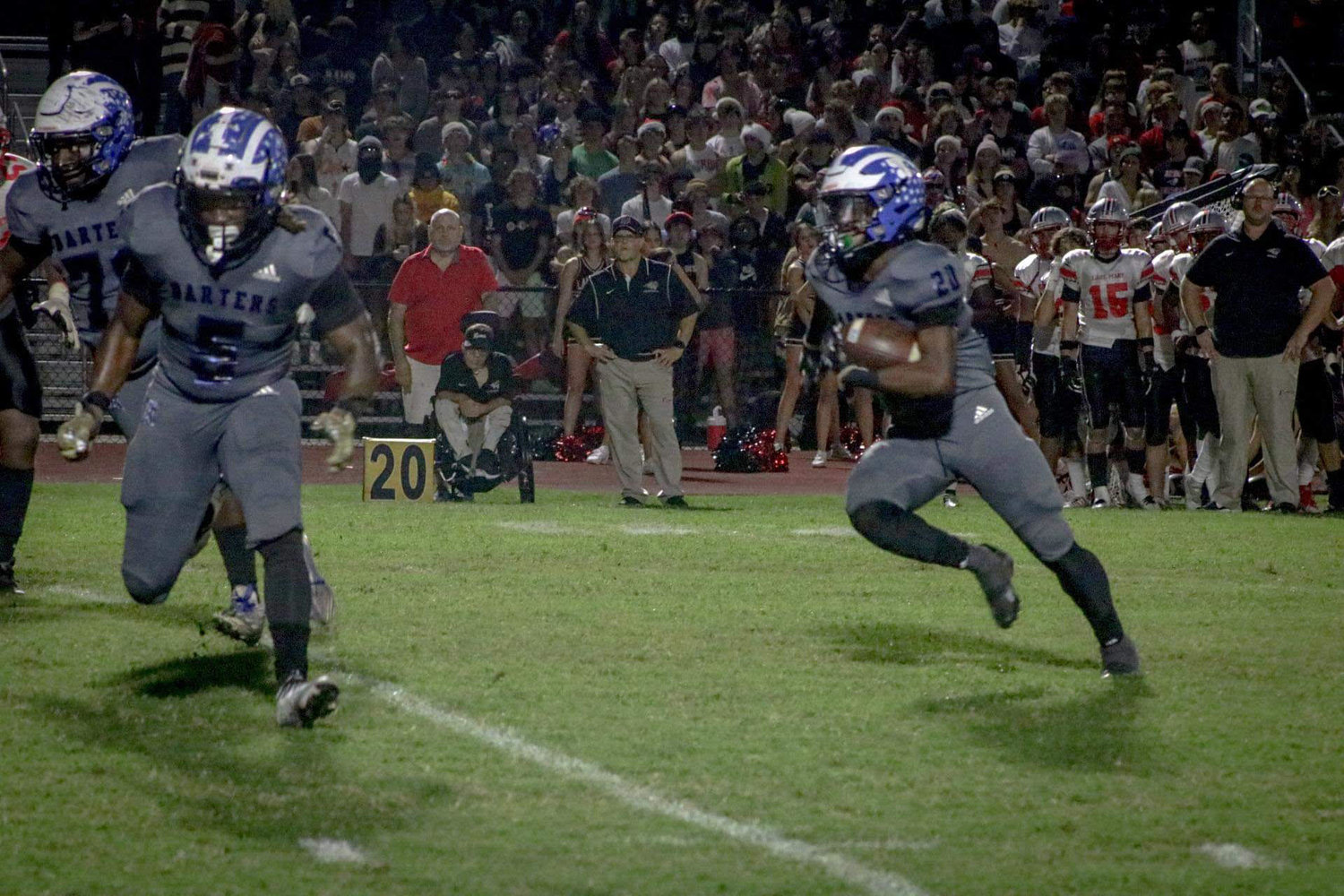 Three down and two to go!

The Apopka Blue Darters are in the final four for the fourth straight season and just two victories from their fourth state championship after defeating the Lake Mary Rams 30-23. The Blue Darters took a 30-14 lead into the fourth quarter and then held on to secure its return to the Class 4M state semifinals.

Freshman quarterback Tyson Davison ran for 111 yards and threw for 38 yards, while senior running back Zeldrick Roberts ran for 83 yards and scored two touchdowns to lead the Blue Darters to the Class 4M Region 1 championship. 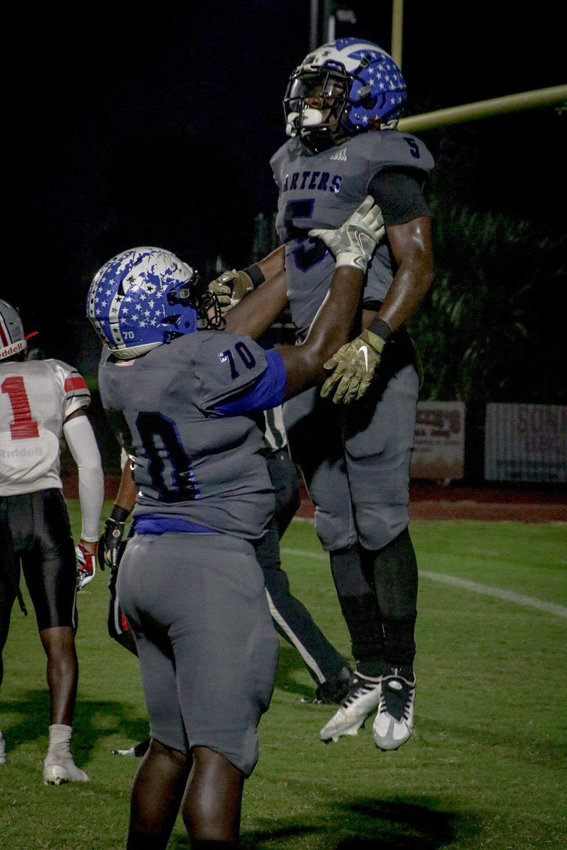 The Blue Darters also defeated Lake Mary in the regular season 21-17 on October 21st. The Rams end their season with an 8-4 record. In that game, Apopka rallied in the last minute to secure the win.

As they have in so many games this season, the Blue Darters trailed the Rams 14-9 in the second quarter before scoring 21 unanswered points to take a 30-14 lead into the final period.

But the Rams cut the lead to 10 when Grubbs hit Hinshaw on a 60-yard touchdown with 7:14 left, then recovered an onside kick. A 38-yard field goal by Lake Mary placekicker Garrett Law trimmed the deficit to 30-23, but the Rams would get no closer. 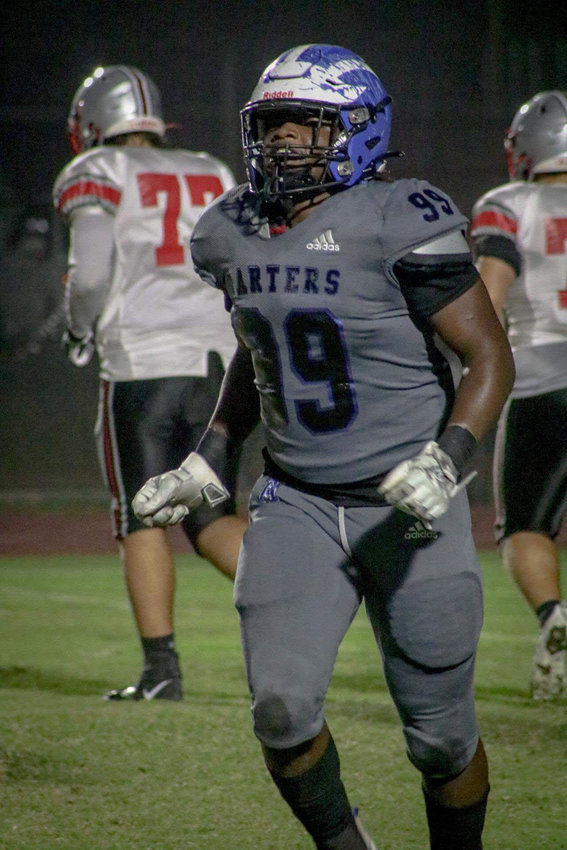 With its third straight win and eight of its last nine, Apopka improves to 10-3 on the season and will travel to Wellington, FL, to face the Palm Beach Central Broncos in the semifinals, who defeated Palm Beach Gardens 14-10 in its regional final. The Broncos are 12-1 on the season.

The winner of the Apopka-Palm Beach Gardens game will face the winner of the other semifinal matchup between Miami Columbus and Ocoee. Columbus is the number one seed in Class 4M, while Apopka defeated Ocoee 14-13 in a regular season matchup on August 26th. 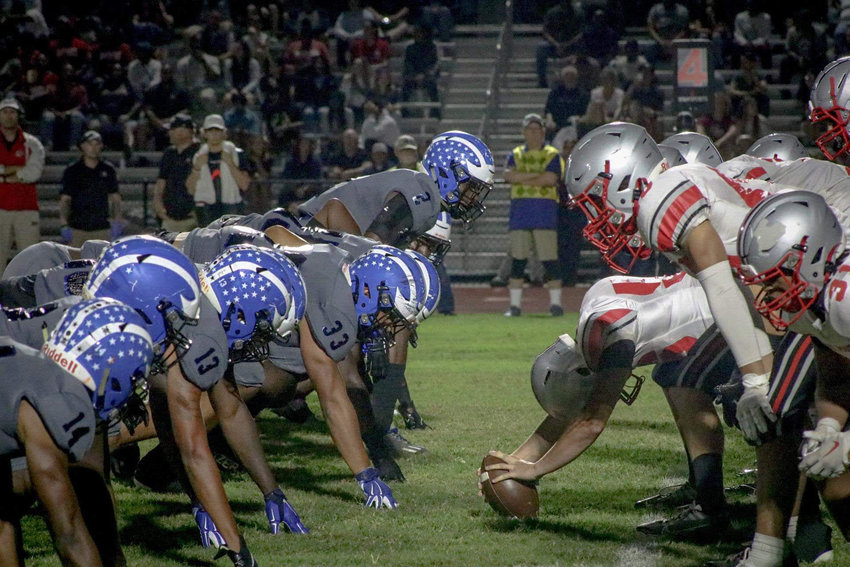