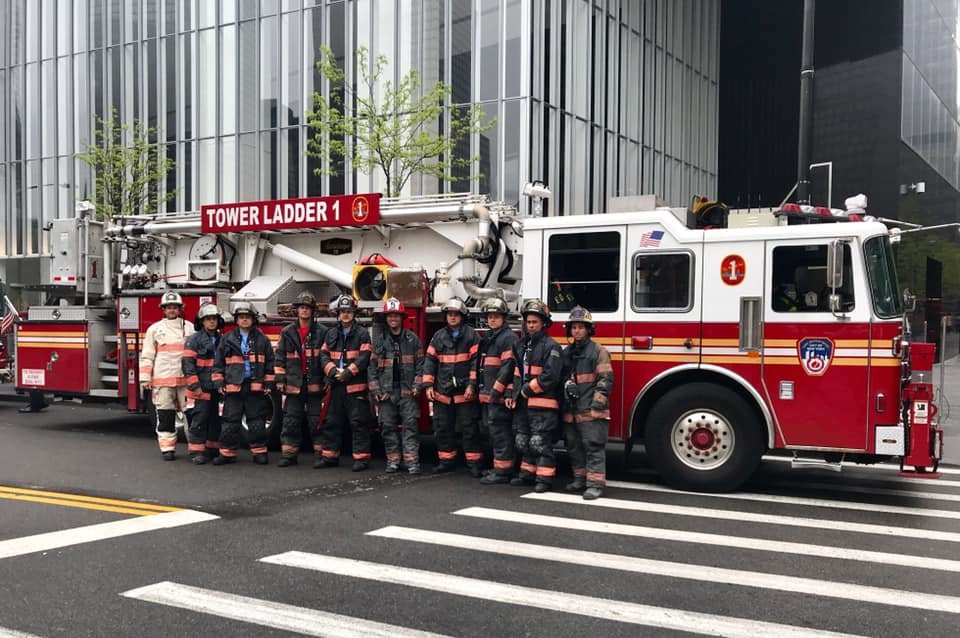 In addition, each year, climb organizers choose a 9/11 related beneficiary and mount a fundraising campaign for that organization. Climbers are not required but are encouraged to fundraise. Since 2015 the climb has raised over $250,000 for a variety of organizations benefitting firefighters, police officers, EMT's and military personnel affected by 9/11.

This year, Apopka Fire Chief Chuck Carnesale took a team of 10 Apopka firefighters to New York City to compete in the event.

On the morning of September 11th, 2001, two passenger airliners crashed into the North and South towers of the World Trade Center. In less than two hours, both towers collapsed. First responders from the New York Police Department, the Fire Department of New York, and the Port Authority Police Department ran into the collapsed buildings to save the survivors of the attack. 343 firefighters and 72 law enforcement officers lost their lives in the rescue attempt and 9/11 went down as the single deadliest incident for firefighters and law enforcement officers in the history of the United States.

And this weekend, first responders from across the nation and internationally honored their sacrifice.

The New York City Memorial Stair Climb designates a beneficiary every year and mounts a fundraising campaign for that organization. The 2019 climb is proud to support A Soldier's Journey Home, which is a group of volunteers primarily comprised of current and retired firefighters and retired veterans from across 14 states. Over the past 14 years, they have worked on a variety of disaster relief construction projects and now focus their charitable efforts toward severely injured veterans.

The climb also taps into firefighters’ competitive spirit. Climbers have the option to enter as a racer and be timed against other climbers as an individual or part of a team. Each firefighter will be wearing their full protective firefighting gear as they climb.

Apopka Fire Chief Chuck Carnesale and a team of 10 Apopka firefighters traveled to New York City this weekend for the event, and although they received a donation from the Apopka Rotary Club, paid their own way to be there.

"I couldn’t be more proud of these firefighters climbing today," said Carnesale. "They’re here on their own time and money to memorialize and remember the 343 firefighters lost on 9/11. Those firefighters were trying to get to the top of those towers to save total strangers and didn’t make it. Each year we come here to help pay tribute to those brave heroes we lost that day."