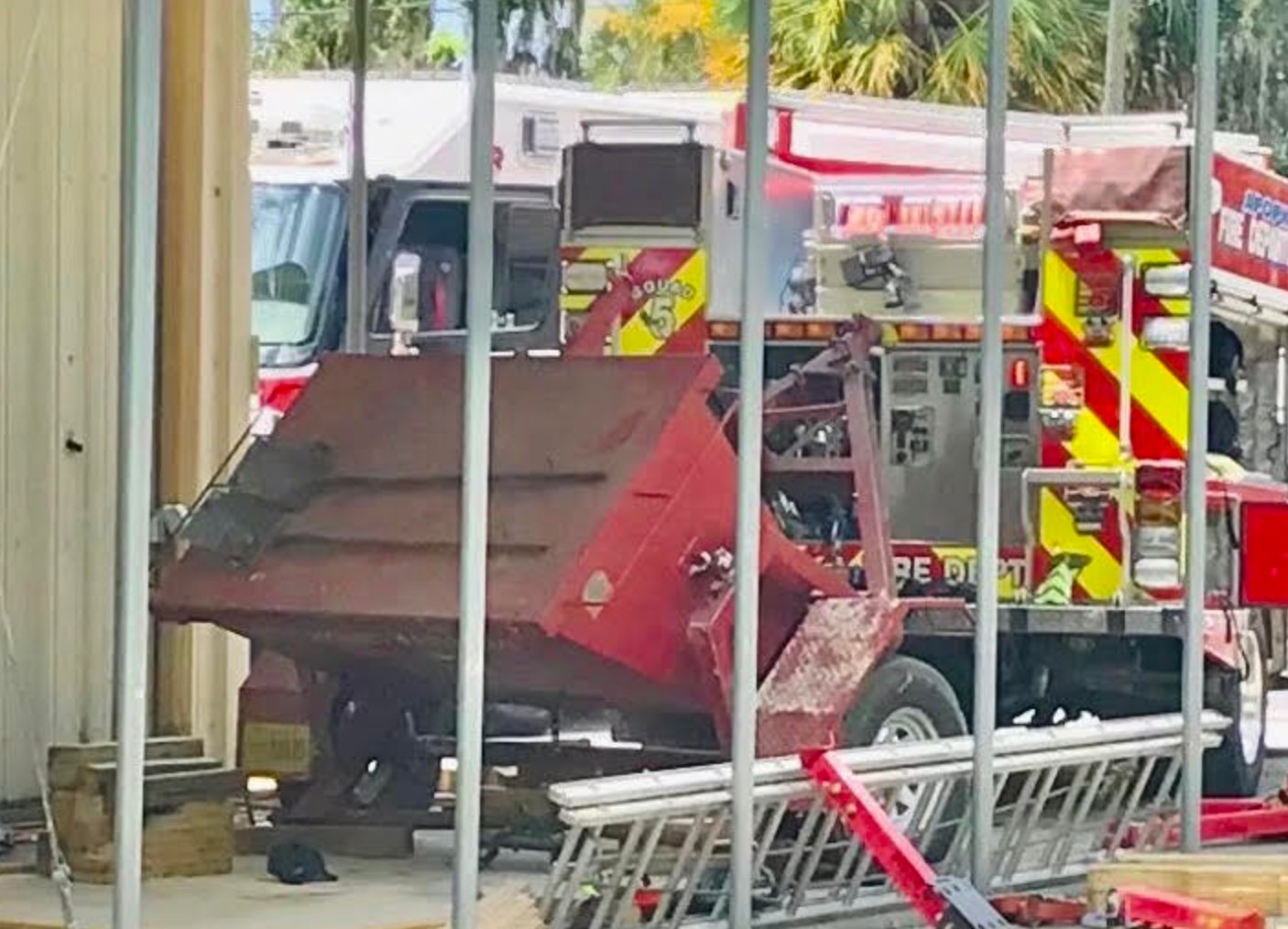 According to multiple sources with knowledge of the incident, the accident happened at APD Fire Station 1 yesterday when two firefighters were disconnecting the jack from a sand trailer. According to sources, the jack was off-center and flipped over onto the firefighter.
Posted Friday, July 1, 2022 12:45 am
From Staff Reports

A firefighter from the Apopka Fire Department awaits surgery at the Orlando Regional Medical Center after the jack from an apparatus called a sand trailer fell on top of him and required several EMTs and the jaws of life device to free him.

"On June 30th, 2022 at approximately 11:40 am, an Apopka Firefighter was involved in a significant work-related injury," the Apopka Fire Department said in a statement. "The firefighter was transported to ORMC for his injuries and is in stable condition at this time. The cause of the accident is under investigation."

According to multiple sources with knowledge of the incident, the accident happened at APD Fire Station 1 yesterday when two firefighters were disconnecting the jack from a sand trailer. According to sources, the jack was off-center and flipped over onto the firefighter.

According to a source with knowledge of the apparatus, a sand trailer is used when there are fuel spills from vehicle accidents. The sand helps to absorb the fuel from the roadway.

The Apopka Voice reached out to all five members of the City Council for their thoughts on the incident.
Commissioner Nick Nesta released the following statement:
“I am shocked and saddened to hear of the critical injury the firefighter has sustained. Our firefighters and first responders go above and beyond for our community. My family and I are praying for a full recovery for him and peace and comfort for his family as they deal with this. We are all beyond thankful for him, his family, and the entire Apopka Fire Department.”
Editor's Note: The Apopka Fire Department did not release the name of the injured firefighter, and although The Apopka Voice has learned the name of the firefighter is withholding it until the AFD releases it officially.
Commissioners Doug Bankson and Diane Velazquez declined to comment on the incident but did ask the community to pray for the firefighter.
"Ask everyone to remember all our first responders in prayer," Bankson said.
"At this time, I cannot issue a comment for respect to the injured firefighter & his family," Velazquez said. "I respectfully ask on behalf of the Apopka Firefighters, please keep them in your thoughts & prayers, especially for the injured firefighter, that he be stabilized from his injuries and his recovery."
The Apopka Voice also contacted the candidates in the Seat #3 election - Kyle Becker and Lynetta Johnson.
Becker made this statement on his Facebook page:
"To the Apopka Fire Department family, the Becker family sends our love and support for your brother in service. Our prayers for healing, and though it may be a slow recovery, may it be full. Thank you for all you do."
This is a developing story and will be updated in future editions of The Apopka Voice.