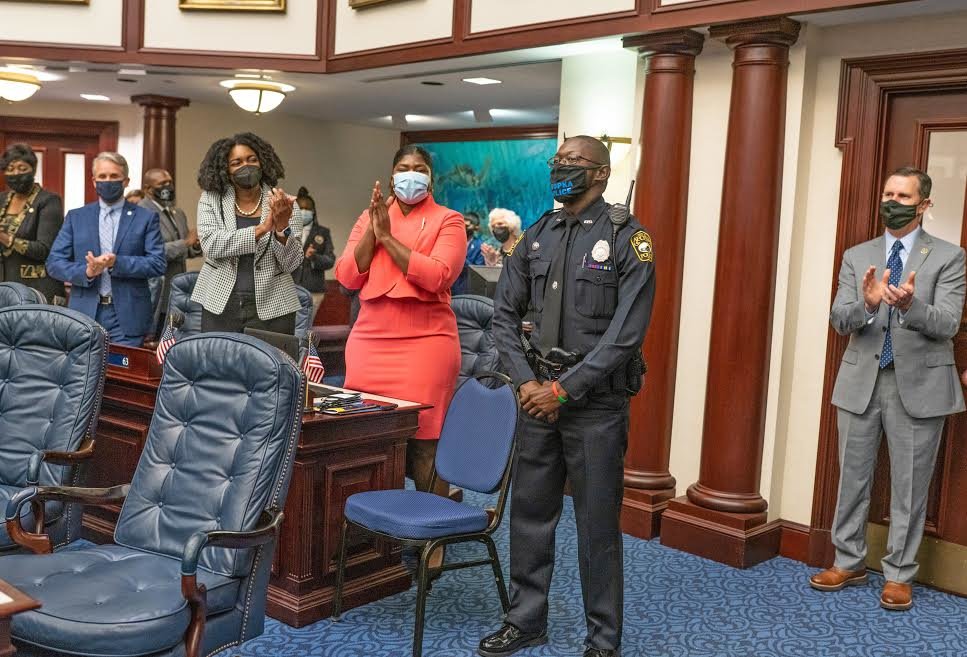 From the Office of Rep. Kamia Brown

During the legislative session on Thursday April 1st, Officer Quinton Nedd of the Apopka Police Department was recognized on the floor as the Officer of the Day. He was invited by Representative Kamia Brown of the 45th District, which includes parts of Apopka.

“It is important that we recognize the importance of community policing, and an officer who exemplifies great police work and great work in our community of Apopka,” said Brown. “Those he protects and serves love and appreciate everything that he does for their community and are grateful to have such an outstanding officer on their police force."

On the floor, House Speaker Chris Sprowls had the following to say:

“Both Rookie of the Year and Officer of the Year, Officers Nedd’s dedication to service and his community shines through his positivity and his job approach. He routinely offers to help with his fellow team members, has volunteered for every learning opportunity, and has become such a fixture in his community that, when he is reassigned to a different zone, the officer who replaced him is routinely asked ‘Where is Officer Nedd?’”

Nedd, in 2020 alone, responded to or assisted with over 1,800 documented events. His positive demeanor and the strong community and professional bonds he makes are some of many reasons he was awarded the APD's Rookie of the Year and Office of the Year. On top of his service as a police officer, he has served his country in the U.S. Army in operation Iraqi Freedom.

Congratulations Officer Nedd! Apopka thanks you for your service!