A Father's love: From wee babe to beyond 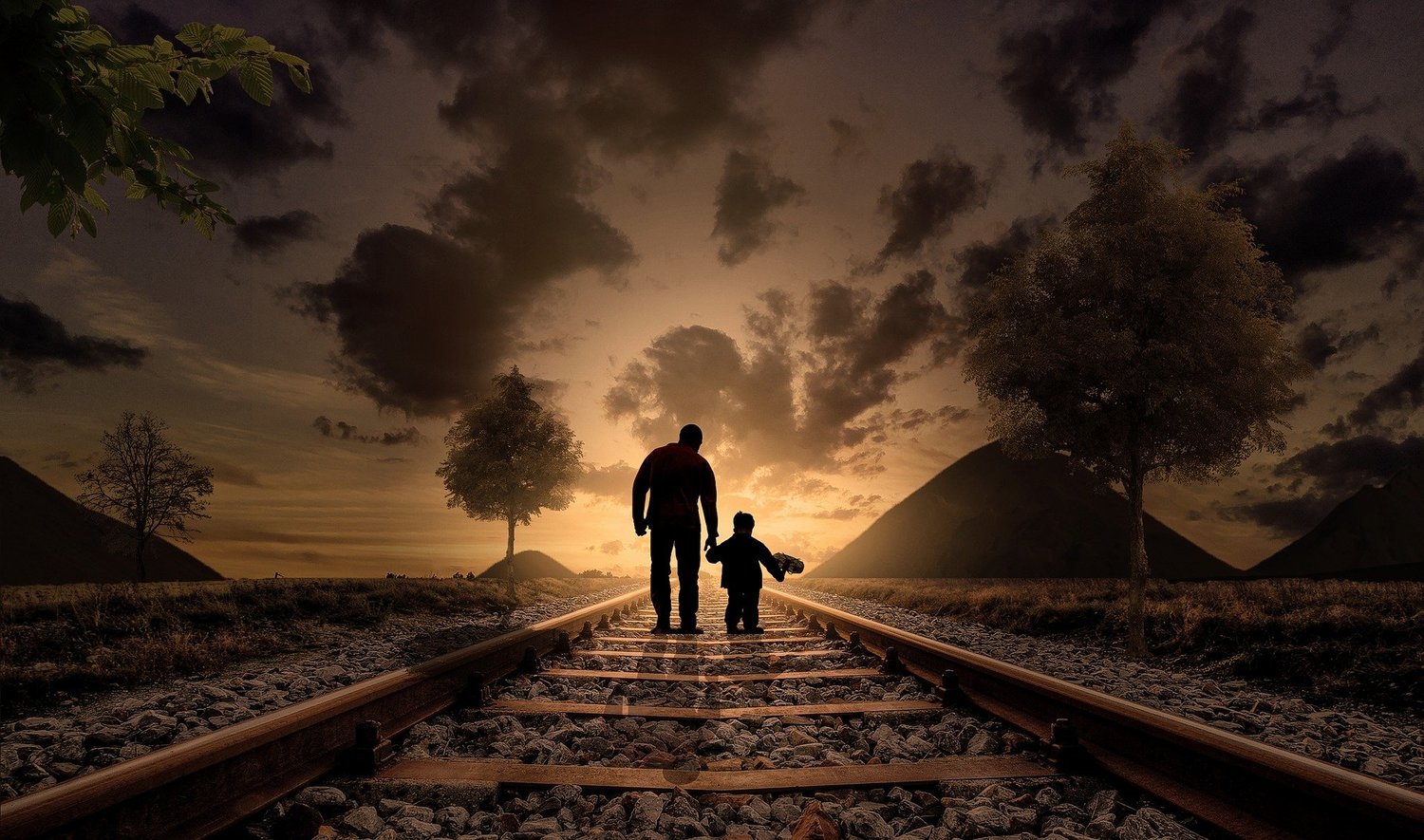 Once upon a time, a young man (moi) met a young woman, and they dove into love. As is the custom of young men and young women everywhere, the young man and the young woman, after a suitable time, took the Lord’s council to heart and began to be fruitful and multiply. And multiply they did!  Four times were they fruitful, and four times did they multiply, and thus sayeth the Lord.

Their firstborn was a son, and the man looked upon the little 6lb. 7oz. firstborn son and was very pleased.

The firstborn son, as was the custom in the family line, was given the great honor of carrying the name of his father (moi), and his grandfather; and so Charles the 3rd was born.

Soon it was noticed that as Charles the 3rd was nursing, he became very content and would make cute little grunting noises, at which his mother would say, “Listen to him! He sounds just like a tittle train!”

Due to his mama’s observation, Charles the 3rd was then given the somewhat less classy nickname, Chucky Woo Woo, all because he made cute little train noises as he nursed at his mama’s breast.

As time passed, Chucky Woo Woo went through various growth stages.  There was the yuckie-poo-poo-dirty-diaper stage, which thankfully he outgrew. Then he entered the exploratory stage of wonder where he collected everything that creeped and crawled, which he never outgrew.  And then he entered that stage when he took an interest in girls.

(If I skip over that most interesting stage, you will understand.)

Eventually, as time passed, Charles the 3rd, or Chucky Woo Woo as he was called, much to his chagrin, contracted a bad case of deadly wanderlust which led him, at 17 years of age, to join the Navy.

And thus and so, Chucky Woo Woo, after much sweat, diligence and paying attention to detail, achieved the rank of boatswain on the carrier U.S.S. Kittyhawk.

Chucky Woo Woo visited many exotic ports over his time in the Navy.  He saw strange and wonderful sights, and sampled delicious cuisine.  ('Delicious', in this case, means, you don’t want to know!)

(As an aside, in case you are wondering, he was never called Chucky Woo Woo while in the Navy.)

Charles the 3rd's life included hunting, fishing and raising a family. He gave me three grandchildren, and those grandchildren have made me a great grandfather several times over now!

After valiantly fighting for three years, my beloved firstborn son, Charles the 3rd -- or  as you now know him, Chucky Woo Woo -- lost his battle to Lou Gherig’s disease just this year. He is now off on the greatest adventure he will ever experience!

And now you know a little bit about Chuck, my son, and a little bit more about my proud fatherly-heart that misses him dearly.

However, I know in my deepest heart that Chucky and I are going to meet over there on the other side, and we hope you will be there, too.

Dear Papa God, thank  you for giving me the great blessing and honor  of having Chuck in my life for 63 years.  As men are prone to do, he didn’t fall far from the parental tree. And though he and I struggled with our humanity, I am proud of this man that you loaned to me.  I think you must be proud of him too.  Thanks again Father! In Jesus’ wonderful name, Amen

How to overcome the onset of "Caregiver Burnout"

To better understand Alzheimer's, try this

Oh, how I love my Nancy!

Most babies are as ugly as misbegotten toads!