A difference of $50 million for teacher pay raises? FL House and Senate disagree on the numbers 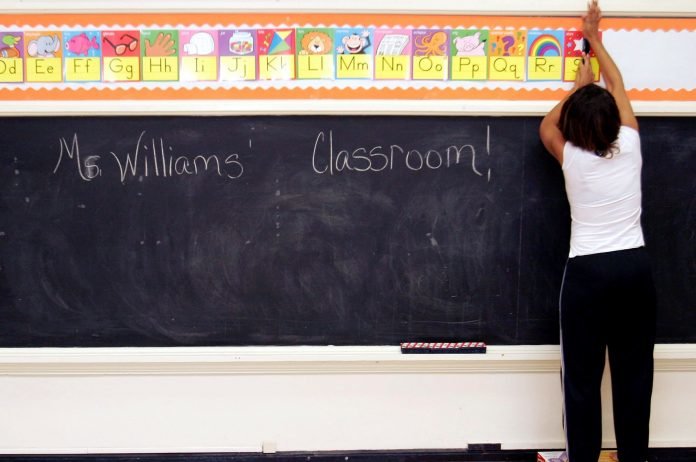 How much more should be spent to increase the starting salaries of Florida teachers? There’s no agreement yet on the initiative by Governor Ron DeSantis, as House and Senate budget negotiators try to finish the state budget for 2021-22 in the waning days of the legislative session.

While both chambers proposed keeping the starting teacher salaries at $500 million for districts across the state, there’s now a clash.

The House wants an additional $50 million for the pay initiative, totaling $550 million. But so far, the Senate hasn’t budged on adding more money.

The initiative is a way to help ensure starting teachers, and well as other teachers, earn an annual salary of at least $47,500.

Now, members of the Senate committee will have to decide their next move — will they accept the House’s increase of $50 million for teacher pay raises, stick with $500 million, or offer a compromise between $500 and $550 million?

The Senate budget committee could meet as soon as Friday afternoon on the issue.

At the time, the average starting salary for Florida teachers in 2017-18 was $37,636 a year, according to the National Education Association. Florida ranked 27th of the 50 states and Washington, D.C., just below the national average of $39,249.