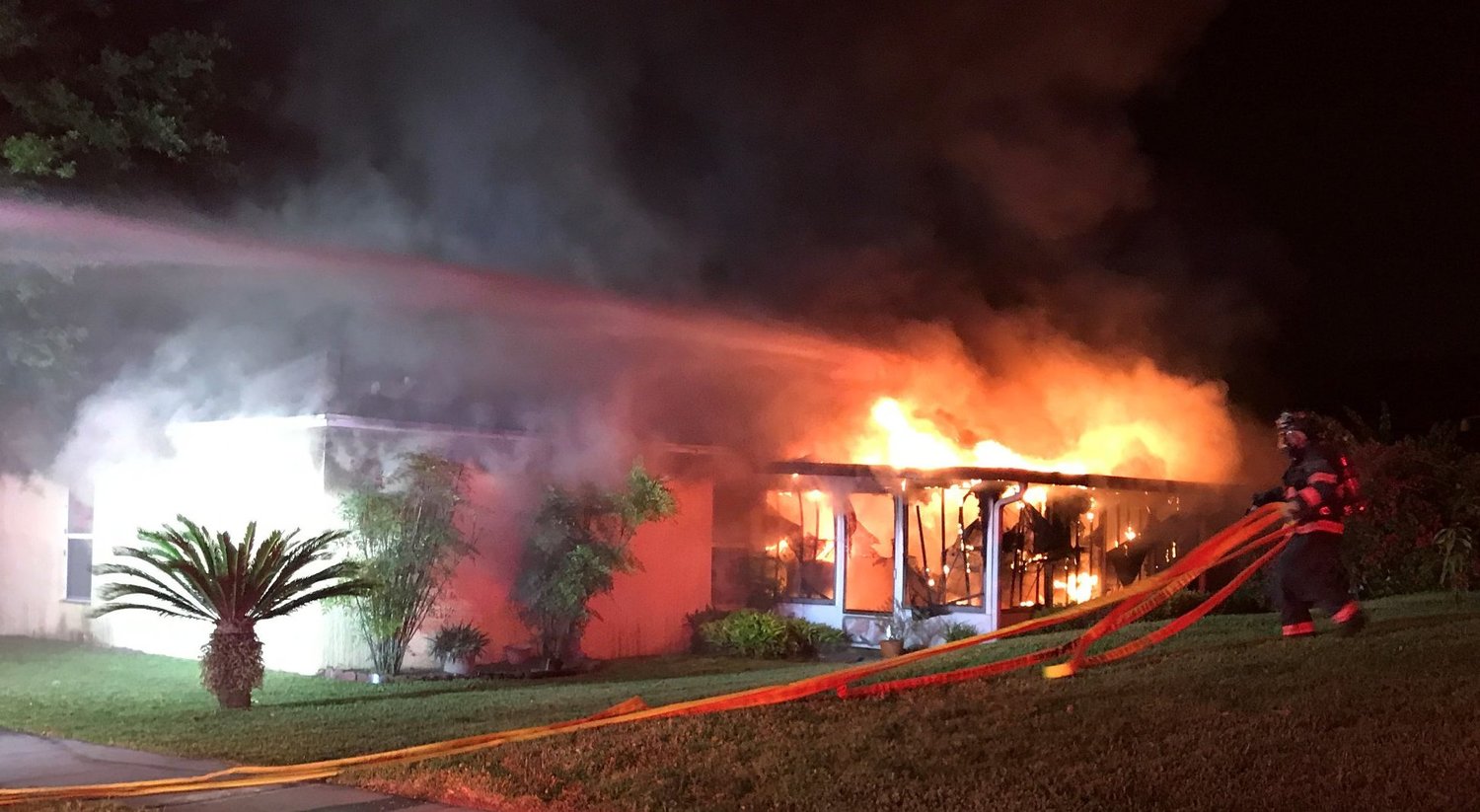 By Reggie Connell/Publisher and Managing Editor of The Apopka Voice

It's a cautionary tale with a simple, inexpensive smoke detector as the hero.

The Apopka Fire Department responded to a house fire on Saturday night in the Spring Harbor Subdivision off of Welch Road. 18 firefighters from three different stations were dispatched, along with two ambulances, two fire trucks, a heavy rescue truck (special operations team), and two squad trucks. They fought the blaze into the early hours of Sunday morning.

The 1,800 square foot house suffered extensive damage, but the occupants were awakened by the sound of smoke detector alarms going off and were able to quickly evacuate.

No injuries were reported from the fire, but without the detectors, the story could have ended much differently.

Apopka Fire Chief Chuck Carnesale was at the fire, and was pleased with the prompt response of his department, but stressed the importance of the smoke detectors.

"Bottom line is smoke detectors save lives, there’s no question," he said. "And with most residential fires occurring at night, if a family can be one step ahead, it could make a huge difference in the outcome."

He also pointed out how Apopka's six fire departments guarantee prompt response times on calls for service throughout the community.

"Our stations are strategically placed throughout the city and with station two being located basically right outside this subdivision on Welch Road, our response times were just a couple of minutes. Our stations have always been placed this way and especially with stations 5 and 6 where they are located, the plan was to take into consideration the current and future growth of our city."

The fire was investigated by the Florida State Fire Marshall’s Office which determined the cause to be electrical.

"The Apopka Fire Department reminds and urges you to always have a working smoke detector in your residence," wrote Carnesale on the department's Facebook page. "Today would be a good day to take just a few minutes and check your home's smoke detectors, which can be purchased at all the local hardware and large box stores and are relatively inexpensive."

According to Carnesale, the Apopka Elks Lodge recently donated $1,000 to the smoke detector program, which allowed the AFD to purchase several hundred detectors to give away to those in need.

If you need assistance obtaining or installing a smoke detector and live in the city limits of Apopka or the new Apopka fire contract area (Rock Springs, Kelly Park, Plymouth Sorrento and Mt. Plymouth area), please fill out the Apopka Fire Department Smoke Detector Request Form on the AFD website or simply call the AFD office at 407-703-1756 Monday through Friday from 8am-5pm.

For more details on the smoke detector program, or to fill out the application, go here.